Meet The Author - A Day in the Life of the Brain: The Neuroscience of Conciousness from Dawn to Dusk Susan Greenfield

Baroness Susan Greenfield is a research scientist, author and broadcaster based in Oxford. She has held research fellowships in the Department of Physiology Oxford, the College de France Paris, and NYU Medical Center New York. She has since been awarded 32 Honorary Degrees from British and foreign universities. In 2000 she was elected to an Honorary Fellowship of the Royal College of Physicians. Further international recognition of her work has included the ‘Golden Plate Award’ (2003) from the Academy of Achievement, Washington, the L’Ordre National de la Légion d’Honneur (2003), from the French Government, and the 2010 Australian Medical Research Society Medal. She has held a Visiting Professorship at the Medical School, University of Melbourne, Australia for the month of November 2014-2016. She currently holds a Senior Research Fellowship at Oxford University, Lincoln College and is founder and CEO of a biotech company (www.neuro-bio.com) that is developing a novel anti-Alzheimer drug based on her research exploring novel brain mechanisms linked to neurodegeneration.

Read the OECD Yearbook article 'Making the most of the digital world: Changing an end to a means' by Susan Greenfield

1990s: west Europe editor and head of country reports at the Economist Intelligence Unit, Editor in chief of OECD Observer, head of corporate content and editorial team; co-author The New Economy: Beyond the Hype

Meet The Author - Hygge and Happiness 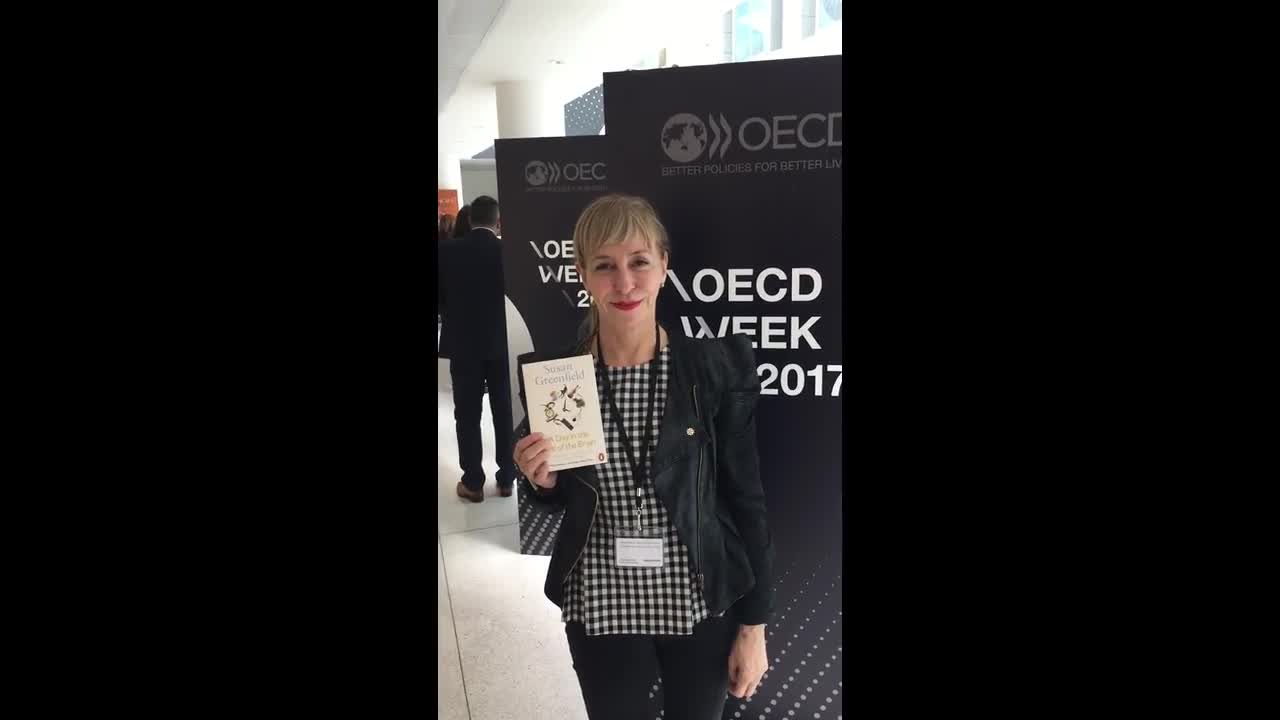 Meet The Author - A Day in the Life of the Brain: The Neuroscience of Conciousness from Dawn to Dusk Susan Greenfield

Susan Greenfield, CEO & Founder, Neuro-Bio Ltd; Member - House of Lords, United Kingdom talks A Day in the Life of the Brain: The Neuroscience of Conciousness from Dawn to Dusk