Stefano Scarpetta is Director for Employment, Labour and Social Affairs at the OECD. Mr. Scarpetta joined the OECD in 1991 and held several positions in the Economics Department and in his current Directorate. He led several large-scale research projects, including: "Implementing the OECD Jobs Strategy"; the "Sources of Economic Growth in OECD Countries"; and contributed to others including “The Policy Challenges of Population Ageing" and “The Effects of Product Market Competition on Productivity and Labour Market Outcomes”. From 2002 to 2006 he worked at the World Bank, where he took over the responsibility of labour market advisor and lead economist. In this capacity, he coordinated a Bank-wide research program of Employment and Development and contributed extensively to the Bank's investment climate assessments, and returned to the Economics Department of the OECD in November 2006. Mr. Scarpetta holds a Ph.D. in Economics from the Ecole des Hautes Etudes en Science Sociales (EHESS), Département et Laboratoire d’Economie Théorique Appliquée (DELTA) in Paris and a Master of Science in Economics from the London School of Economics and Political Science. 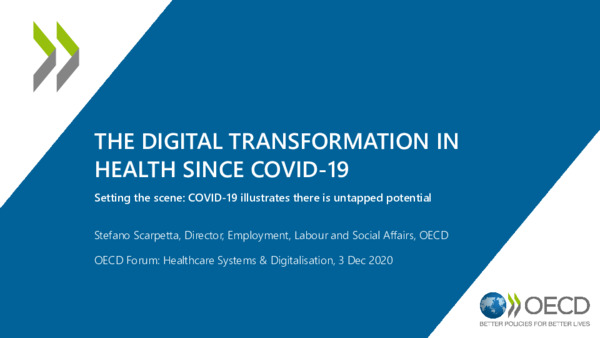 The Digital Transformation in Health Since COVID-19: Presentation from the OECD Forum Virtual Event “Healthcare in the Digital Age” 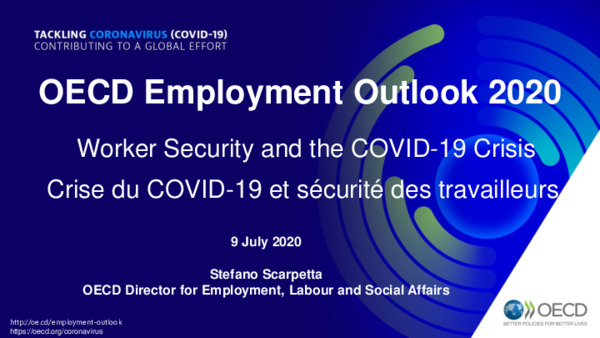