Anna Byhovskaya is a senior policy advisor to the Trade Union Advisory Committee to the OECD (TUAC) covering innovation and technology policies, the digital economy and the Future of Work –including labour market and organisational change, frontier technologies and AI, and the platform economy. She also works in the context of the OECD Ministerial Council and Forum, as well as the G20 and G7 processes jointly with the International Trade Union Confederation (ITUC). Anna is a member of the OECD Going Digital Steering Group, the former OECD AI Expert Group and had set up the 1st & 2nd Trade Union Forum on Digitalisation and the Future of Work. Anna holds a master’s degree in International Relations from Sciences Po and she was a PhD candidate at CNRS/CERI/Sciences Po. She has worked as a policy coordinator on the Global Partnership for Effective Development Cooperation (GPEDC) at the OECD and as a TV journalist in Paris and Berlin. The TUAC is the interface for trade unions with the OECD and its members, representing more than 58 million workers, as well as associate members in Brazil, Indonesia, the Russian Federation and South Africa. 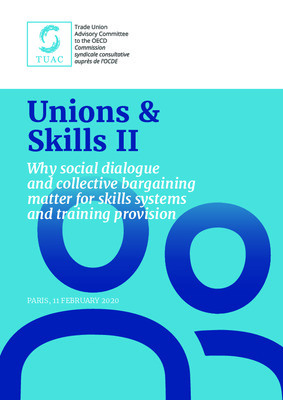 Have your say on the OECD Forum Network!
Tell Us

Have your say on the OECD Forum Network!