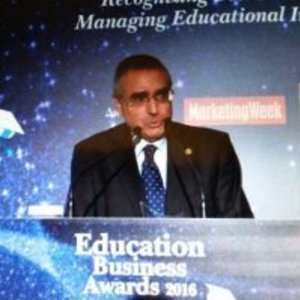 -Professor of Management and Transportation Economics, at the University of “Democritus”, Greece. -Director of MBA Program, at the University of “Democritus”, Greece. -Director of "DM & FA: Decision Making & Financial Analysis" laboratory. -Former Vice Rector of Finance and Administration at the University of “Democritus”, Greece. -Former Vice Rector of Infrastructure and Development, at the University of “Democritus”, Greece. He has worked over the years 1983-87 as a Researcher at INRETS: Institut National de Recherche sur les Transports et leur Securité, of France and the Laboratory LAMSADE: Laboratoire d 'Analyse et Modélisation de Systèmes pour l' Aide a la Décision, of the University of Paris-Dauphine. He has a broad experience in several top managerial positions i.e. Vice President, “CITIBANK SHIPPING BANK S.A.” of the CITICORP GROUP (1989 - 1990), C.E.O. of “Hellenic Railways Organization S.A.” (1997-2000) and Member of the Board of the International Transportation Company: “Intercontainer – Interfrigo” S.C., Bruxelles, Belgium (1999 – 2000). He was named Chairman of the “South Eastern European Railways Organisations” (1997-1999), as well as President of the “Transportation Economics and Finance Committee” of the I.U.R.: International Union of Railways (1999-2000) based in Paris - France. From 2002 to 2008 he was Honorary Consul of Venezuela in Piraeus - Greece and President of C.C.G. (Consular Corps in Greece) during 2007-2008. He was awarded for his distinguish work with the Medal of Honour by “FICAC: The World Federation of Consuls” (November 14, 2007). He has been involved in several projects and consultancies worldwide in the following areas of interest: Investment, Development, Strategy, Privatization, Transportation restructuring, Shipping, Railways, Real Estate, Waste Disposal Facilities Location and Evaluation, Multi-criteria Decision Making

A wonderful article, at the right moment.


As always, the OECD FORUME meetings have an “avant garde” approach and vision.


All the previous organizations of the OECD FORUM meetings had a real success putting...