Who Becomes a Scientist and Who Doesn’t? Improving the odds for underrepresented groups in science

How can intervening at the level of basic education change perceptions and improve motivation for science in children and youth? Banner image: Shutterstock/Novoselov
Joana Moscoso
Co-Founder, Native Scientist
Follow
Like Liked by André F VIEIRA
0

The odds for me to become a scientist were very slim. I was born a girl in the ‘80s, I grew up in a village far away from scientific or higher education institutions, my native language was not English, and no one in my family or around me had graduated with a Ph.D. or was enrolled in a science career. According to evidence, my family background, native language, birthplace and, to top it all, my gender, did not favour a scientific career.

Women, people with disabilities, ethnic minorities and people from a low socio-economic background are consistently underrepresented in STEM (Science, Technology, Engineering, and Maths) fields, and there is growing evidence that the same is true for members of the LBGTQ+ community and people from small towns or rural areas. The disadvantage faced by these groups can be accounted for by many factors, including language barriers; low science capital; issues of prejudice and perception around science careers; scarcity of role models with common identity or background; poor mentoring; lack of support networks; biases in admission and recruitment processes, or poor institutional practices regarding both equity, diversity and inclusion; and career development.

Science education programmes that specifically target underrepresented groups can have a huge impact on how science is perceived and accessed.

Considering the above root causes for the inequalities faced, it is possible to substantially improve inclusiveness and diversity in science. In the past decade, we have witnessed scientific and higher education institutions making a considerable effort to promote gender equality and to create education and public engagement programmes. However, popular criticisms of these efforts are, on the one hand, that working towards gender equality is short-sighted, and on the other that outreach programmes target those who already are interested in, and have access to science. Instead, more institutions should be working towards promoting equitable and diverse workforces and organisational culture that go beyond gender-supporting programmes to include age, disabilities, ethnicity, religious beliefs and other protected characteristics. At the level of education and public engagement, more emphasis is needed on reaching out to the underserved, making genuine attempts to understand the needs and interests of people belonging to these groups while creating opportunities that are relevant and meaningful to them.

To profoundly tackle inequalities in accessing and thriving in science, a key place to intervene is at the level of basic education where changing perceptions and improving motivation for science in children and youth can have a greater impact. According to PISA’s 2018 results, on average, only 9% of 15-years-old students are top performers for science and can distinguish facts from opinions, and as much as 22% of students do not attain a minimum level of proficiency in science (against a share of 13% of students who do not attain a minimum level of proficiency in all three subjects tested: reading, mathematics, and science). When data is disaggregated and specific groups are analysed, results show that 26% of boys who are top performers for science and maths expect to work as STEM professionals when they are 30 years old, compared to 15% of girls. Likewise, students from low-income families with good academic performance are 2.5 times less likely than their mid-to-high income family counterparts to have ambitions of enrolling in higher education. For students with a migrant background, studies show that they are twice as likely as non-migrant students to underachieve in school. From the experience of Native Scientist, which I co-founded eight years ago, based on a cohort of migrant students in the United Kingdom and Germany only 44% of migrant students feel “I can be a scientist if I want to”, and just 35% agree that “Science is important for me”. If you now combine more than one factor that puts people at disadvantage, for example, a woman from a migrant community or a black woman, then the odds for her to become a STEM professional are even lower, highlighting the importance of recognising the individuals from these groups who became STEM professionals and can become role models.

Native Scientist connects children with scientists across Europe to promote scientific literacy and reduce inequalities. In one of our programmes, we specifically target migrant students and count on the participation of thousands of scientists committed to making a positive social impact. Students participate in highly interactive workshops where they meet and learn with STEM professionals of the same cultural background and heritage language. Promoting this multilingual interaction has shown that it fosters students' motivation for science, breaking down stereotypes and making students feel that becoming a scientist is a viable option for them. Simultaneously, it has been shown that it helps scientists develop important transferable skills, as well as meet peers and like-minded people while giving back to the community. A similar science education and outreach initiative built on equity, diversity and inclusion values, Cartas com Ciência, targets underserved students in Portuguese-speaking countries, improving their science capital through a year-long letter exchange with scientists across the globe. Portuguese is spoken by over 250 million people worldwide and is the official language in nine countries, five of which are amongst the least developed countries in the world.

Science education programmes that specifically target underrepresented groups—promoting a sense of belonging and focusing on increasing meaningful connections with science—can have a huge impact on how science is perceived and accessed.

I was able to become a scientist against all the odds because I was interested in it—I loved learning about bacteria and genetics at school—and I had the courage and perseverance inside me to pursue becoming a scientist. Not advocating for more diversity in science, as well as inclusive growth and equity in science education, means that potential talent is wasted, socio-economic and achievement gaps widen, marginalisation and social exclusion persist, misinformation and pseudo-science proliferate, and innovation and prosperity are hindered. We must do better to reach out to underrepresented groups and to create places of study and work where the full potential of every individual can be met.

Joana believes in science and innovation for the benefit of humankind. This is what led her to become a scientist and a social business innovator. With experience working in the public, private and third sectors, Joana holds a PhD from Imperial College London, is a Marie Skłodowska-Curie Fellow Alumni, and co-founded two social enterprises. At Native Scientist, she connects children and scientists to promote quality and fair science education. At Chaperone, she gives scientists access to high-quality and personalised career support. She is an author of 10+ international peer-reviewed publications and founded Native Scientist while doing her PhD. Her entrepreneurial skills, ability to mobilise people, and capacity to generate positive social impact have been distinguished multiple times, including the titles Top 100 Women in Social Enterprise (2021) and MIT Innovator Under 35 (2017) titles. 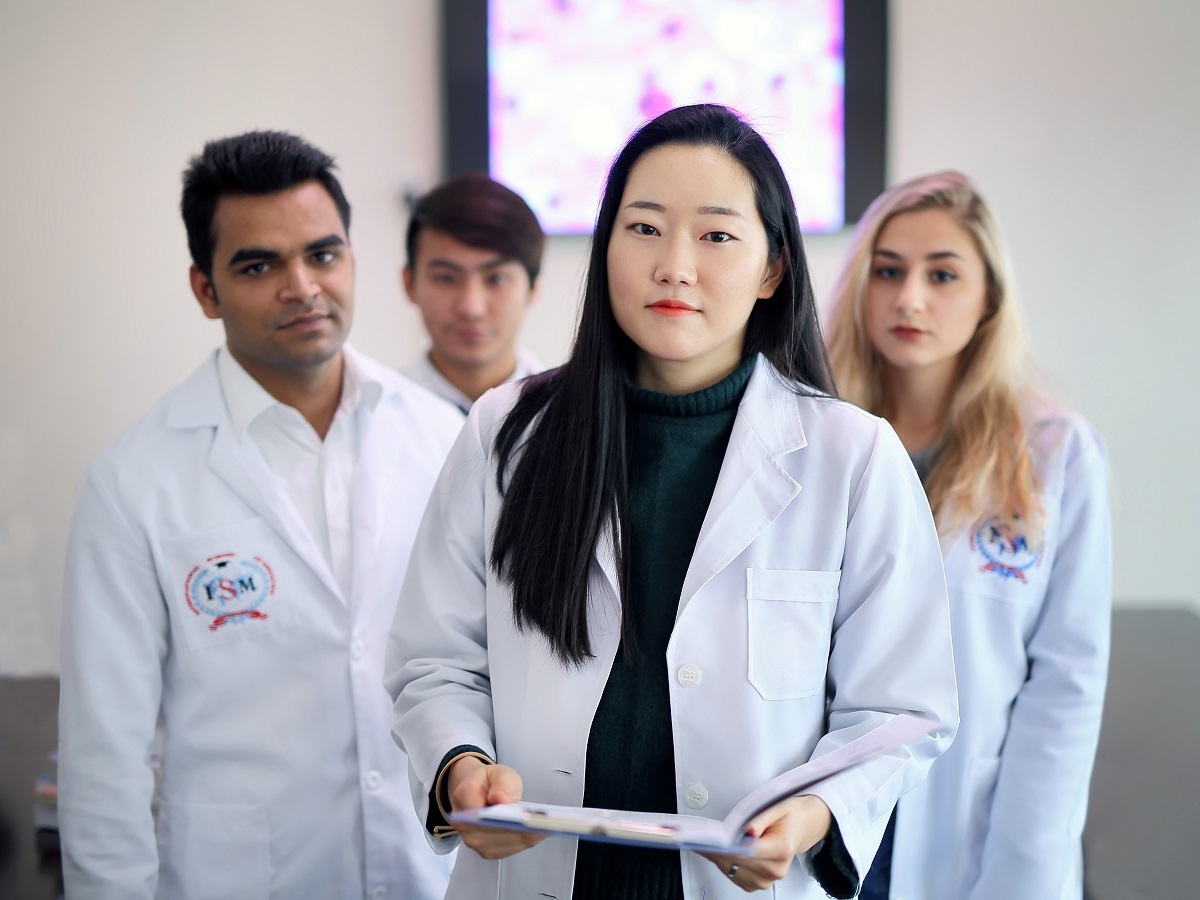 Improving the odds for underrepresented groups in science

How can intervening at the level of basic education change perceptions and improve motivation for science in children and youth?