March 20 marks the International Day of Happiness, designated by the United Nations to highlight happiness as a critical component of sustainable development. The day also presents an opportunity to reflect on sources of happiness and satisfaction in life. Banner: Shutterstock/AlessandroBiascioli
Christine Huang
Research Analyst, Pew Research Center
Follow
Like Liked by André F VIEIRA
1

This article, is part of a series in which OECD experts and thought leaders — from around the world and all parts of society — discuss and develop solutions now and for the future. Aiming to foster the fruitful exchange of expertise and perspectives across fields to help us rise to this critical challenge, opinions expressed do not necessarily represent the views of the OECD.

March 20 marks the International Day of Happiness, a day designated by the United Nations to highlight happiness as a critical component of sustainable development. The day also presents an opportunity to reflect on sources of happiness and satisfaction in life. This question of what brings meaning in life was posed to almost 19,000 adults across 17 advanced economies in a spring 2021 survey conducted by Pew Research Center.

Family, careers and material well-being are among the most cited factors for what makes life meaningful

Responses to the open-ended question show that people find meaning in a wide array of areas, ranging from nature and the outdoors to the area they live in, with family standing out as the top source of meaning in most of the 17 advanced economies surveyed. A median of nearly 4 in 10 adults (38%) mention family, including roughly half or more in Australia, New Zealand, Greece and the United States. Some mentioned family in general, such as an older French man who said, “My family is something that satisfies me. Family is everything”, while others mentioned specific familial relationships. For instance, this Japanese man explained, “I feel fulfilled when I can buy things for my parents and show them familial piety”. People between the ages of 30 and 49 are particularly likely to mention family as a source of meaning, as are those with incomes higher than the national median. In over half of the publics surveyed, women are more likely than men to see family as a source of meaning.

Like with finding meaning in family, people between the ages of 30 and 49 are typically the most likely to find meaning in their job or career, and adults with more education or higher incomes are also more likely to find satisfaction in their work.

Jobs and careers also provide satisfaction for many people. In 12 of the 17 publics, work was among the top three most mentioned topics. For some, work is intrinsically meaningful, as it was for this Belgian woman who said, “It’s about … a good job, as work is very important”. For others, work provides a sense of personal growth. As one man in the Netherlands explained, “The most important thing for me is work. I think it is very important to build my career, to build my life, so that I’m doing better and better”. People also found meaning in the content of their jobs. This American man, for example, said, “I work in cybersecurity. I like that it is a challenging job where I can directly see my impact with everything I do. Nothing I work on seems unimportant or that I have to do things unnecessar[il]y just because of management”. Like with finding meaning in family, people between the ages of 30 and 49 are typically the most likely to find meaning in their job or career, and adults with more education or higher incomes are also more likely to find satisfaction in their work.

Read more: Towards a culture change in how we think about and measure the “S” in ESG by Romina Boarini, Director,  Centre for Well-Being, Inclusion, Sustainability and Equal Opportunity (WISE), OECD

Many additionally pointed to the material conditions of their life as sources of meaning and highlighted that satisfaction in life is related to having their basic financial needs met. In over half of the economies surveyed, material well-being was one of the three most mentioned sources of meaning in life. A man in South Korea, where quality of life is the top source of meaning, said, “I'm satisfied materially thanks to the income I earn through hard work”. People also emphasised having just enough to lead a comfortable life, such as this New Zealand woman who said, “Just the little things in life. Having a home, having a roof over your head. Being able to buy food and not have your card declined, little things that everyone should be able to have in life, enjoying the little things”.

Health was another oft-cited source of meaning, especially among the European nations surveyed. Spaniards place an especially high value on health, making it the top source of meaning in the country. One Spanish man, for instance, said, “Mainly to be healthy and then to have a job to be able to live, and logically to live in as healthy a place as possible which is the most important thing”. People also mentioned specific health practices, such as exercising and meditation. Others simply appreciated being alive, as did a British woman who said, “Just waking up in the morning and still being alive”. Health was more likely to be highlighted as a source of meaning by those ages 65 and older in eight of the 17 publics surveyed, and by women in six publics.

Health was more likely to be highlighted as a source of meaning by those ages 65 and older in eight of the 17 publics surveyed, and by women in six publics.

Other topics brought up as sources of meaning include friends and religion. For example, a Greek woman found meaning in her “personal life and social life with friends”, and a man from New Zealand connected the two, saying, “I go to church and I read the Bible all the time. It is about building relationships and personal growth and I think obeying what is said in the Bible makes the world a better place”. People also cited where they live as sources of meaning and satisfaction. This Singaporean man, for example, said, “Living in Singapore is good in general compared to others … No natural disaster(s) … government take(s) care of Singaporean[s].”

Here is the question used for this analysis, along with the coded responses for each public. Open-ended responses have been lightly edited for clarity (and, in some cases, translated into English by a professional firm). More details about our international survey methodology and country specific sample designs are available here. For respondents in the U.S., read more about the ATP’s methodology here.

Learn about the research the OECD's WISE Centre has conducted on well-being!

Find out how life is across OECD regions and discover regions with similar well-being.

Christine Huang is a research analyst at Pew Research Center with a focus on global attitudes. She studies and writes about international public opinion on issues such as climate change, U.S.–China relations, and international threats.

Culture has much influence in the way people perceive happiness. Plus, for some happiness is a state of mind, we should keep it always on. 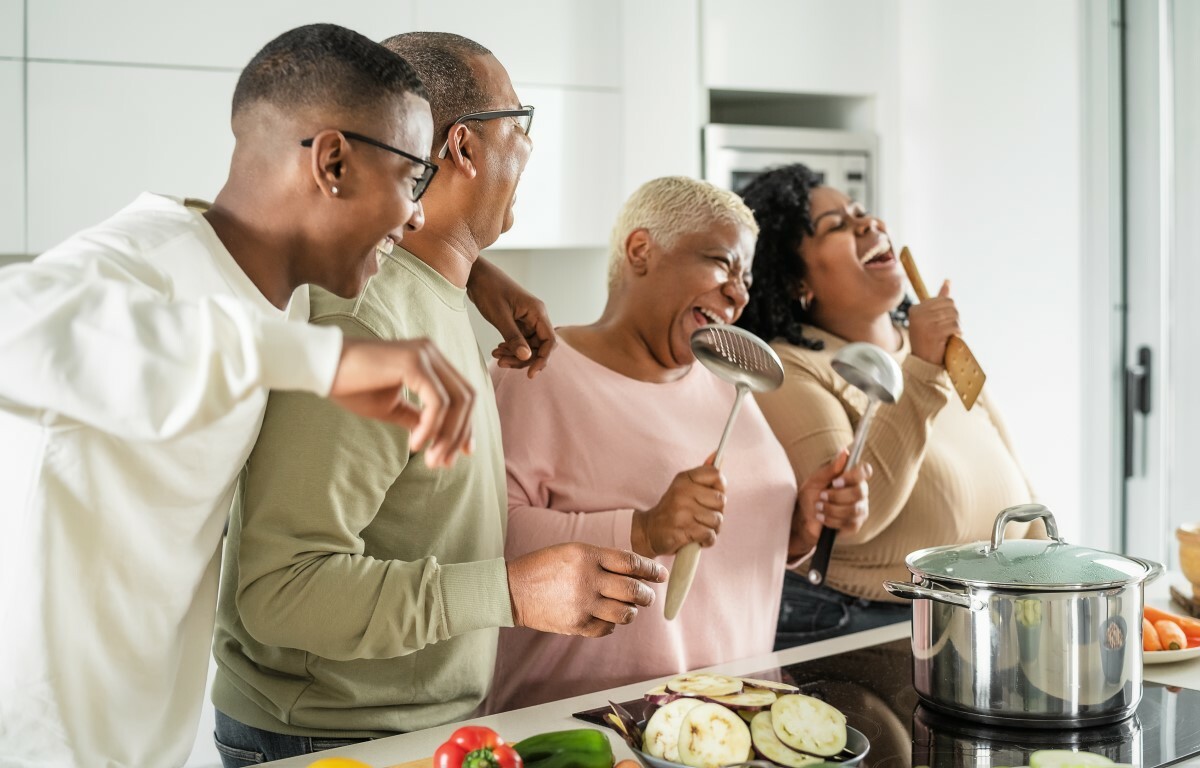 March 20 marks the International Day of Happiness, designated by the United Nations to highlight happiness as a critical component of sustainable development. The day also presents an opportunity to reflect on sources of happiness and satisfaction in life