This extract from What We Owe Each Other: A New Social Contract for a Better Society by Minouche Shafik (Published March, 2021, © Penguin Random House), is part of a series in which OECD experts and thought leaders — from around the world and all parts of society — address the COVID-19 crisis, discussing and developing solutions now and for the future. Aiming to foster the fruitful exchange of expertise and perspectives across fields to help us rise to this critical challenge, opinions expressed do not necessarily represent the views of the OECD.

So wrote W. B. Yeats in the wake of the horrors of World War I as his pregnant wife lay gravely ill from the 1918–19 flu pandemic. The phrase ‘things fall apart’ was quoted more often in 2016 than at any time in previous years. Yeats’ poem captures a sense of foreboding, when change seems inevitable. Recent years have seen the economic aftermath of the 2008 financial crisis, increasingly divisive politics, environmental protests and the coronavirus pandemic. Periods of great instability can result in a radical reordering of our societies. What that reordering looks like depends on the institutions that are in place, which leaders are in power and what ideas are in the ascendance.

Over these recent years, I have seen many of the assumptions and increasingly the institutions and norms that have shaped my world fall apart. I spent 25 years working in international development and witnessed first hand how ‘making poverty history’ resulted in huge improvements in people’s daily lives. Humans really have never had it so good. And yet in so many parts of the world, citizens are disappointed, and this has revealed itself in politics, the media and public discourse. Rising levels of anger and anxiety are associated with people feeling more insecure and lacking the means or power to shape their future. Support for the system of international cooperation that has existed since the post-war period, and in which I spent much of my career, is also waning as nationalism and protectionism come to the fore.

The global pandemic of 2020 brought all of this into sharp relief. The risks that the poor, those in precarious work and those without access to health care were exposed to were laid bare. The interdependencies between us were revealed as ‘essential workers’ were largely the lowest paid without whom our societies could not function. We could survive without bankers and lawyers, but grocers, nurses and security guards were invaluable. The pandemic revealed how much we depended on each other for survival but also for behaving in socially responsible ways.

Moments of crisis are also moments of opportunity. Some crises result in decisions that change society for the better – such as the New Deal measures introduced to counter the Great Depression or the rules-based international order that emerged after World War II. Other crises sow the seeds of new problems – such as the inadequate response to World War I or the 2008 financial crisis and the populist backlash it spawned. The impact of the coronavirus crisis remains to be seen. Whether it results in improvements or not depends on what alternative ideas are available and how politics evolves to choose among them. After much reading, listening, thinking and talking, I found that the concept of a social contract, the policies and norms that govern how we live together in a society, was a useful construct for understanding and defining alternative solutions to the challenges we face.

[My book argues] that the reason we see so much disappointment in many societies is that our social contract has broken under the weight of technological and demographic changes. As a consequence, more risks – caring for their children, maintaining their skills if they become unemployed, taking care of themselves when they get old – are being borne by individuals. We are increasingly living in ‘you’re on your own’ societies, a situation which gets translated into the politics of anger, an epidemic of mental health issues and both young and old fearing for their futures. Yet in many areas bearing risks individually is not just inequitable, it is also far less efficient and productive than sharing them across society.

We need a social contract that delivers a better architecture of both security and opportunity for everyone, a social contract that is less about ‘me’ and more about ‘we’, recognises our interdependence and uses it for mutual benefit. We need a social contract that is about pooling and sharing more risks with each other to reduce the worries we all face while optimising the use of talent across our societies and enabling individuals to contribute as much as they can. It also means caring about the well-being not just of our own grandchildren, but of others’ too, since they will all occupy the same world in future.

Three broad principles underpin all of the arguments [I have] put forward thus far:

Getting There: The Politics of a New Social Contract

Social contracts are deeply political. They reflect a country’s history, its values and circumstances. In the past they evolved as the product of religious traditions and cultural norms governing the obligations of kinship and the roles of the sexes and latterly through industrial relations and negotiations between employers and workers. In most countries today the evolution of social contracts depends on the structure of the political system, the effectiveness of mechanisms that hold the powerful to account, the emergence of political coalitions and the opportunities created by crises.

[But] while the political structure and capability of the state are important, change can also arise because of crises and the new coalitions that emerge as a result of them. In the fourteenth century the bubonic plague wiped out half the population of England. The resulting labour shortages gave workers more power to negotiate higher wages, which was the beginning of the end of feudalism. In eastern Europe the bubonic plague had the opposite effect, as landlords consolidated their power in what became known as the Second Serfdom, with more use of unpaid labour and the creation of more extractive institutions. Critical junctures can create opportunities for more inclusive economic arrangements as people demand more from society. In the twentieth century the Great Depression spawned the New Deal in the United States. World War II begat the creation of the modern welfare state in the UK and the Marshall Plan across Europe.

The current global pandemic is such a moment of opportunity for change. The most vulnerable are suffering, and the tragedy has exposed the weakness of health systems, the inadequacy of safety nets and the paucity of mechanisms for caring for the old. A generation of young people have missed out on major parts of their education and are set to suffer the biggest losses in income. Women have been less affected by the virus itself but are bearing the brunt of its economic and social costs through job losses and rises in unpaid work and domestic violence during lockdowns. Meanwhile, governments have accumulated huge debts that will need to be repaid through future gains in productivity. In many countries people will undoubtedly press for better management of risks and improved social insurance to protect the vulnerable. […]

Towards a New Social Contract for the Twenty-First Century

We owe each other more. A more generous and inclusive social contract would recognise our interdependencies, provide minimum protections to all, share some risks collectively and ask everyone to contribute as much as they can for as long as they can. This is not about increasing the welfare state, but about investing in people and building a new system of risk sharing to increase overall well-being.

Change will come inevitably because the forces of technology, demography and environmental pressures will drive it. The question is whether we prepare for that change or continue to allow our societies to be buffeted by these powerful forces, as we have in recent decades.

Abraham Lincoln said, ‘The best way to predict your future is to create it.’ Citizens have shaped the architecture of opportunity in their societies for centuries, and those choices have shaped our lives. We are at a moment in history when new choices need to be made. It is within our gift to shape a social contract that gives us, and those that come after us, a better future.

The final passage of the Beveridge Report states, ‘Freedom from want cannot be forced on a democracy or given to a democracy. It must be won by them. Winning it needs courage and faith and a sense of national unity: courage to face facts and difficulties and overcome them; faith in our future and in the ideals of fair-play and freedom for which century after century our forefathers were prepared to die; a sense of national unity overriding the interests of any class or section.’

We owe it to each other, and to ourselves, to muster that courage and sense of unity.

Find out more about What We Owe Each Other: A New Social Contract for a Better Society by Minouche Shafik (Penguin Random House, © March, 2021) 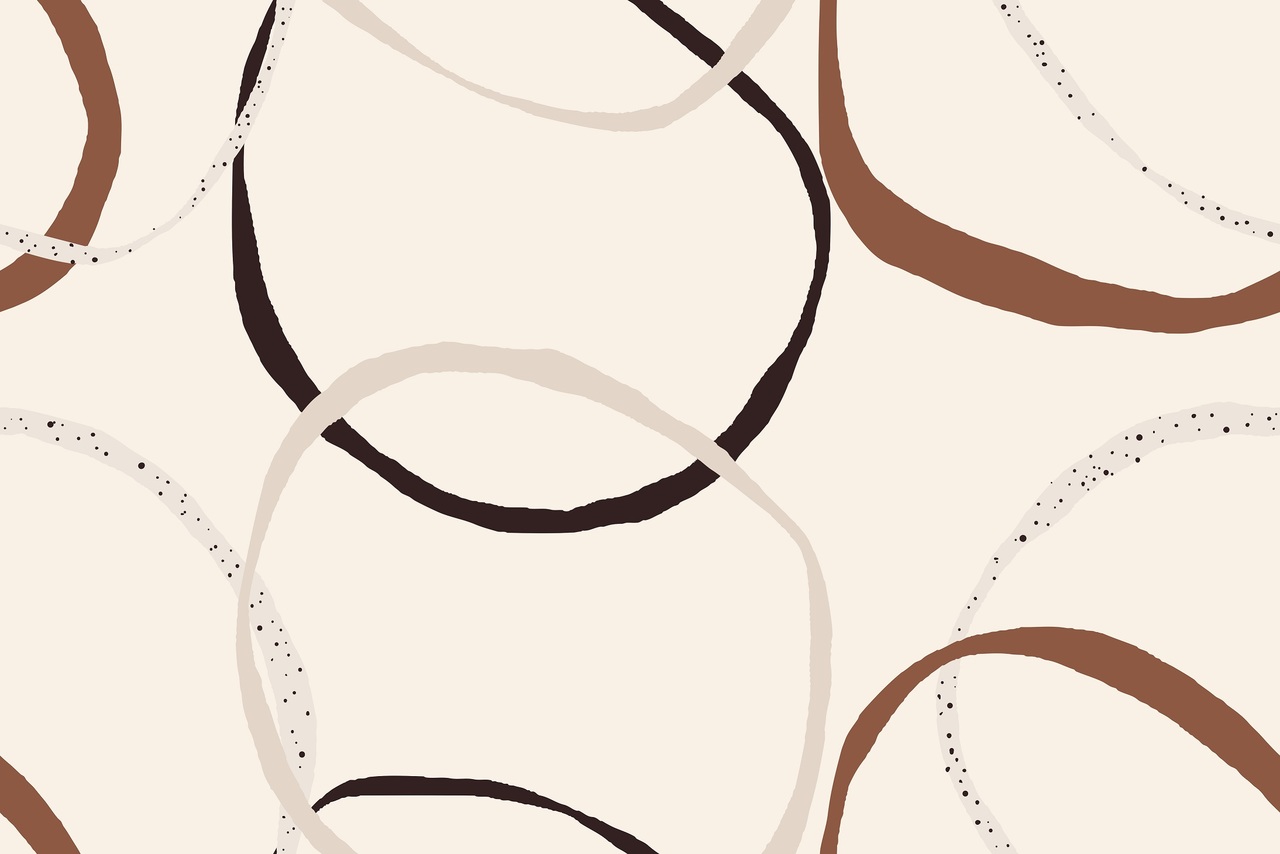