What do we mean by “low-tech”?

In concrete terms, a low-tech approach involves questioning needs and refers to the notion of energy sobriety. It is about reducing technological intensity and complexity, maintaining what exists rather than replacing it. Banner image: Pasuwan/Shutterstock
Thibaut Faucon and Anne-Charlotte Bonjean
2 contributors
Like

The term "low-tech", which first took root in the 1970s thanks to authors such as Ivan Illich, Lewis Mumford, Ernst F. Schumacher and Jacques Ellul, has no common definition. In March 2022, the French Agency for Ecological Transition (ADEME) nevertheless unveiled a study on the present state of low-tech approaches and associated perspectives to propose,  among other things, a definition of low-tech approaches. It shows that the term "low-tech" is applied to the design and development of products, services, processes or systems that aim to maximise their social usefulness, while controlling their environmental impact so as not to exceed planetary limits. In concrete terms, a low-tech approach involves questioning needs and refers to the notion of energy sobriety. It is about reducing technological intensity and complexity, maintaining what exists rather than replacing it, and giving the greatest number of people access to solutions while controlling their usage.

Like any innovative approach, it has its share of misunderstandings. As it is semantically opposed to "high-tech", "low-tech" is often thought to be a rejection of technology and progress. Some may see in it a desire to return to the past, to encourage economic degrowth or the valorisation of a "do–it-yourself" mindset without much scope. However, its main idea is rather that technology is not neutral but ambivalent: it generates both positive and negative effects that cannot be separated. Low-tech therefore invites us to be more discerning by questioning our relationship to technical systems through a critical and systemic lens. Certain strategic sectors require advanced technologies that are difficult to dispense with, such as medical or military equipment. Similarly, tech solutions that do not require advanced technologies cannot simply be considered low-tech if they are not sustainable (e.g. manual tools used in intensive agriculture or solar water heaters used for private swimming pools).

Sobriety and the systemic approach, pillars of "low-tech" approaches

On the one hand, a "low-tech" approach involves putting an emphasis on sobriety. There is indeed a great deal of work to be done to decolonise the collective imagination currently dominated by technological solutionism. We must continue to raise awareness, train, advise and support citizens and economic actors so that they take ownership of the systemic issues related to planetary limits and the associated inevitability of sobriety.

We must continue to raise awareness, train, advise and support citizens and economic actors so that they take ownership of the systemic issues related to planetary limits and the associated inevitability of sobriety.

Moreover, "low-tech" approaches require strategic thinking upstream that seeks to understand the cultural paradigm of emergence, the objectives and the complex dynamics of the evolution of interactions and feedbacks between the socio-technical and ecological variables of a given system (a territory, for example). This allows them to identify both the "rebound effects" and the most effective levers of system transformation. They will then seek to act on these levers, while being careful to avoid destabilisation and destructive effects on ecological, socio-economic and political levels.

Most of the potential to transform any system—and a sociotechnical one a fortiori—resides  in the modification of different levels of that system with tools that often aren’t very tech-intensive (laws, regulations, standards, taxation, financial incentives, complementary local currencies, information, training, awareness-raising etc.). To multiply their effects, these tools can take the form of common and open resources free and accessible to all (open source), and we can talk about "low-tech" systemic innovation in two ways. First, in terms of means, which requires acting at different levels of the system using low or non-technological levers. Second, in terms of expected results, reducing the technological intensity and complexity of society, democratic reappropriation and mastery of both tools and technical developments, a rediscovered meaning to our activities, the reduction of social inequalities, an increase in well-being etc.

Territories are at the heart of “low-tech” job creation strategies

“Low-tech” strategies are fundamentally linked to territories. They are not only part of a process of relocating essential human activities and institutionalising physical commons (resources, biodiversity, climate, infrastructure, equipment, software, data etc.) and social commons (democracy, business, currency, health, knowledge and know-how, information etc.). They also entail the redeployment of local public services by the state to facilitate these profound transformations in the territories. The objective is to democratically establish the methods and rules for managing one or more resources, including skills at the scale of a territory or living area.

“Low-tech” strategies include all the reflections relating to the qualitative and quantitative characterisation of trades and jobs, training, and the construction of financially and socially secure professional and residential mobility pathways. Indeed, the current dynamics created by the tertiarisation of the economy and metropolisation produced by globalisation itself were enabled by a gigantic stock of technologies running on fossil fuels. They will not survive in their current proportions given the planetary limits that will be imposed on us in the coming decades. “Low-tech” strategies invite us to (re)build professions and jobs that are less dependent on technology and contribute to the resilience of the economy. Furthermore, “low-tech strategies” invite us to plan a territorial rebalancing of living areas through a very fine mesh of cycle, rail and river networks linking small and medium-sized towns and villages that are densified in their centres and surrounded by polycultures and poly-breeding.

"Low-tech" strategies, by their systemic nature and emphasis on sobriety, finally raise the question of social equity. They also involve the collective implementation of mechanisms to reduce salary inequalities by limiting the consumption of the most affluent. Indeed, the strong correlation of the standard of living/wealth per person (and therefore of the technologies used) with an individual’s ecological footprint in France and the world is now well documented. Moreover, the Easterlin paradox has revealed that beyond a certain threshold, the increase in GDP per person does not necessarily translate into an increase in the level of declared individual happiness. To compensate for the incompleteness of the GDP indicator, it is thus essential to reduce social and salary inequalities in parallel with sobriety actions, as well as to focus our attention on a panel of other indicators.

Scaling up of initiatives to be implemented

The fields of application of low-tech are numerous and varied, ranging from agriculture to artisanal trades—a bakery using a solar oven, for example—as well as construction/renovation and mobility. On the mobility axis, several actors are trying to develop light motorised vehicles that consume fewer resources. This is the case of the Gazelle in France, a light electric car that will be manufactured in mobile micro-factories. Not all the “low-tech” criteria have been met—in particular regarding the lack of open source logic—but it is already a promising step, especially for people living in rural areas where there are no obvious alternatives to private cars.

Later this year, ADEME is launching the eXtreme Challenge to create a category of low-cost, interoperable, low-emission vehicles that are easy to assemble using standard components and that can be recycled within three years. What now remains to be done is to create the conditions for scaling up by removing the political, regulatory and cultural obstacles that still exist.

In France, the “low-tech” ecosystem is structured around associations, researchers, designers, companies of all sizes, media and public institutions, led by ADEME, which has just included “low-tech” in its latest prospective work. Several initiatives have already been launched, such as the organisation of round tables, webinars and forums as well as further support for experiments and projects via calls for projects. This growing mobilisation reflects a “low-tech” dynamic that is gaining momentum everywhere. This is good news for the ecological transition.

Find out more about the OECD's Learning Compass 2030, which defines the knowledge, skills, attitudes and values that learners need to fulfil their potential and contribute to the well-being of their communities and the planet.

The European Renewal: Making the most of pandemic recovery 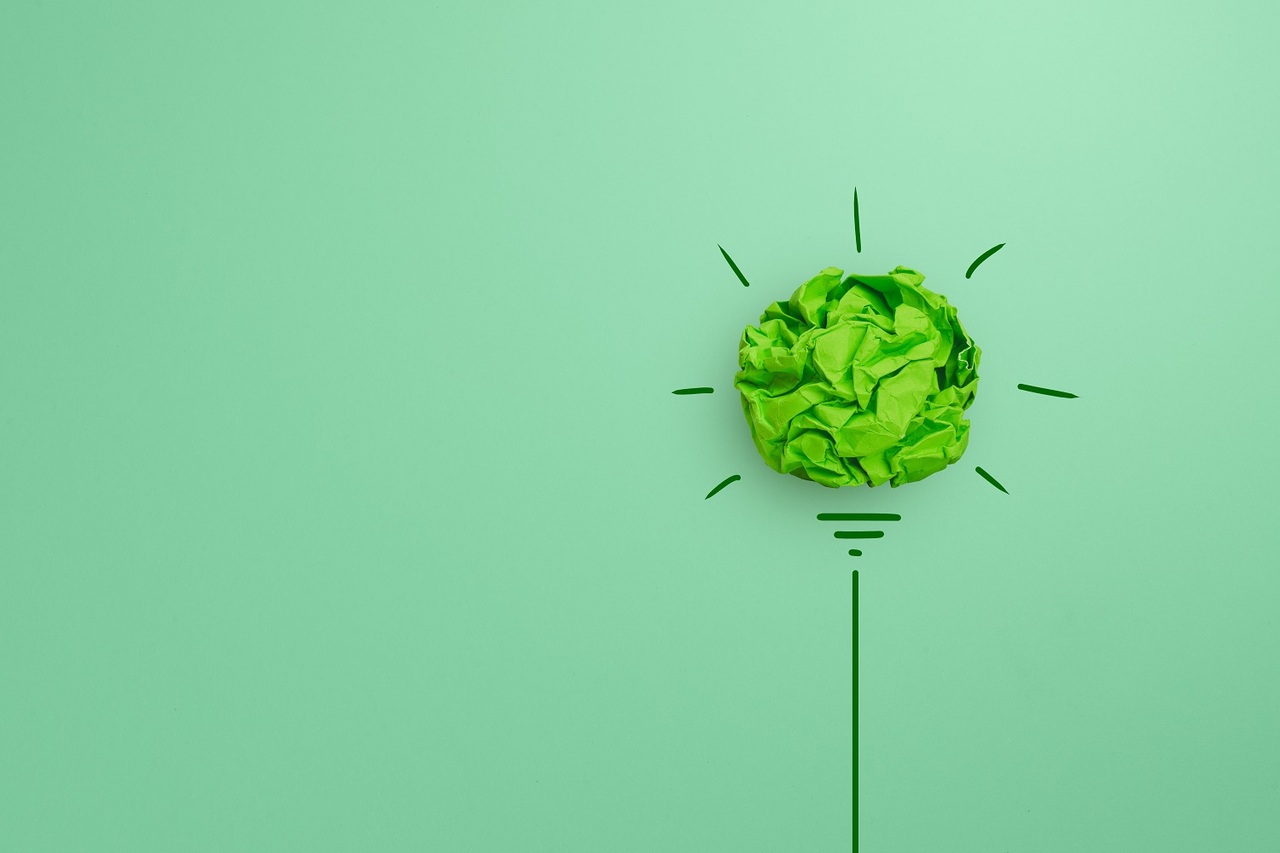 What do we mean by “low-tech”?

In concrete terms, a low-tech approach involves questioning needs and refers to the notion of energy sobriety. It is about reducing technological intensity and complexity, maintaining what exists rather than replacing it.