We are all experiencing the consequences of a food system that can be disrupted or completely cut off at a single point—the true test is how it performs under stressful and unexpected conditions, not just the optimum. Banner image: Shutterstock/New Africa
Ricardo Salvador
Director and Senior Scientist, Food & Environment Program, Union of Concerned Scientists
Follow
Like Liked by Francisca Hector and 2 others
0

We are witnessing the exploitation of a brittle, or “locked-in” industrial food supply chain, and the overt use of hunger as a weapon of war. By blockading wheat exports from Ukrainian storage depots, Russia has diminished the supply of wheat available on international trading markets, resulting in higher wheat prices around the globe. This crisis is particularly harsh for poor countries that do not produce enough grain to satisfy internal demand and are now finding themselves priced out of an increasingly competitive wheat market. But we are all experiencing the consequences of a food system that can be disrupted or completely cut off at a single point. The true test of any system’s reliability is how it performs under stressful and unexpected conditions—not just under optimum conditions.

Though global production of food exceeds global demand, the industrial food system is particularly vulnerable to disruptions occurring at single, or just a few, nodes of production and distribution.

Forty-nine countries, accounting for 24% of the global population, depend on Russia and Ukraine for at least 10% of their wheat imports (ranging from Mongolia at 100% to Myanmar at 11.1%). Fifteen of these countries, with a combined population of over half a billion people, depend on Russia and Ukraine for more than 50% of their wheat imports. More important than these numbers, however, is that several of the affected countries and regions include some of the more politically fragile and/or embattled in the world (e.g. Bangladesh, Egypt, Sudan, Turkey and Yemen). Combined with the COVID-19 pandemic, this cascade of consequences has pushed an additional 200 million people into hunger emergencies, from 135 million to 345 million.

Though global production of food exceeds global demand, the industrial food system is particularly vulnerable to disruptions occurring at single, or just a few, nodes of production and distribution. This is because the system is highly specialised, designed to optimise linear flows of high volumes through a few well-known channels, and as we have seen is built on the assumption that conditions for production and exchange along these well-worn tracks will be stable.

In a bit of well-timed prescience, United States food system specialist Phil Lempert noted in late 2019 that if just one of the bottlenecks in that nation’s food distribution system “were to fail entirely, then [food] commodity transport and supply chains would be completely disrupted”. Lempert was reflecting on a 2019 study of United States national food transportation patterns that made clear that a very small number of terrorist attacks would be catastrophic for national food flows (e.g. bombing the Port of Los Angeles, a select number of bridges along interstate 80—a main east-west artery—and two locks and dams on the Ohio River). Though the exhaustive study by University of Illinois civil engineers provided painstaking detail, the general vulnerability of the industrial food system’s large-scale linear structure is well known within the food industry.

In the wake of the September 11, 2001 terrorist attacks on the World Trade Center in New York City, Walmart, which had entered the retail grocery business just nine years earlier in 1992, recognised the vulnerability of a narrowly specialised distribution chain. In the years that followed, the company doubled down on expansion plans for regional food distribution centres around the country (increasing them from 20 in September 2001 to 39 in 2006), and authorised purchasing agents to negotiate prices to secure regional supply rather than depend exclusively on sourcing food from major national brokers. Now the world’s largest food retailer, with 45 distribution centers in the United Sates alone, Walmart established this distributed network to minimise the chance for disruption should one, or even several, of their distribution centres be compromised. The apparent redundancy allows the company to reconfigure both sourcing and distribution patterns from various network nodes when disasters strike—regularly outperforming government relief efforts.

As crucial as resilient communication networks have become, the lesson of the present moment is that resilient food distribution systems should be as important in national and international policy.

In this, Walmart is implementing a network resilience principle that most of us rely upon daily, albeit unconsciously. At the dawn of the nuclear era, United States military planners, fresh from the experience of managing a global war with multiple theatres of action—and the demanding logistics of securing reliable food, fuel and materiel supply chains to support vast standing armies in the field—identified the key vulnerability in modern warfare: secure communication. Without this, no logistics could be co-ordinated. The U.S. Defense Advanced Research Projects Agency called for the design of a global communications network so resilient that it could withstand the worst cataclysm imaginable at the time: thermonuclear attack. The resulting system, after continuous iteration, is today’s “internet”, a vast, interconnected and highly redundant global network of networks. The reliability of such a system is measured not just in terms of its speed of data throughput, but in terms of resilience, which is measured as maintaining “an acceptable level of service in the face of faults and challenges to normal operation”. A redundant network of communication networks meets this expectation by bypassing malfunctioning components of the system. We’ve all experienced the resulting robustness of the internet even when major outages of key nodes (physical infrastructure, “network servers” and “cloud delivery networks”) occur.

As crucial as resilient communication networks have become, the lesson of the present moment is that resilient food distribution systems should be as important in national and international policy. More importantly, we know how to create the equivalent of the internet for food systems. Per the International Panel of Experts on Sustainable Food:

Check out our interactive web tool for ongoing OECD analysis from a trade policy perspective! The Four keys to resilient supply chains explores the importance of open markets during a pandemic.

Ricardo J. Salvador is Director and Senior Scientist of the Food & Environment Program, Union of Concerned Scientists. He is a member of the International Panel of Experts in Sustainable Food and of the Board on Agriculture and Natural Resources of the U.S. National Academies of Sciences, Engineering, and Medicine. 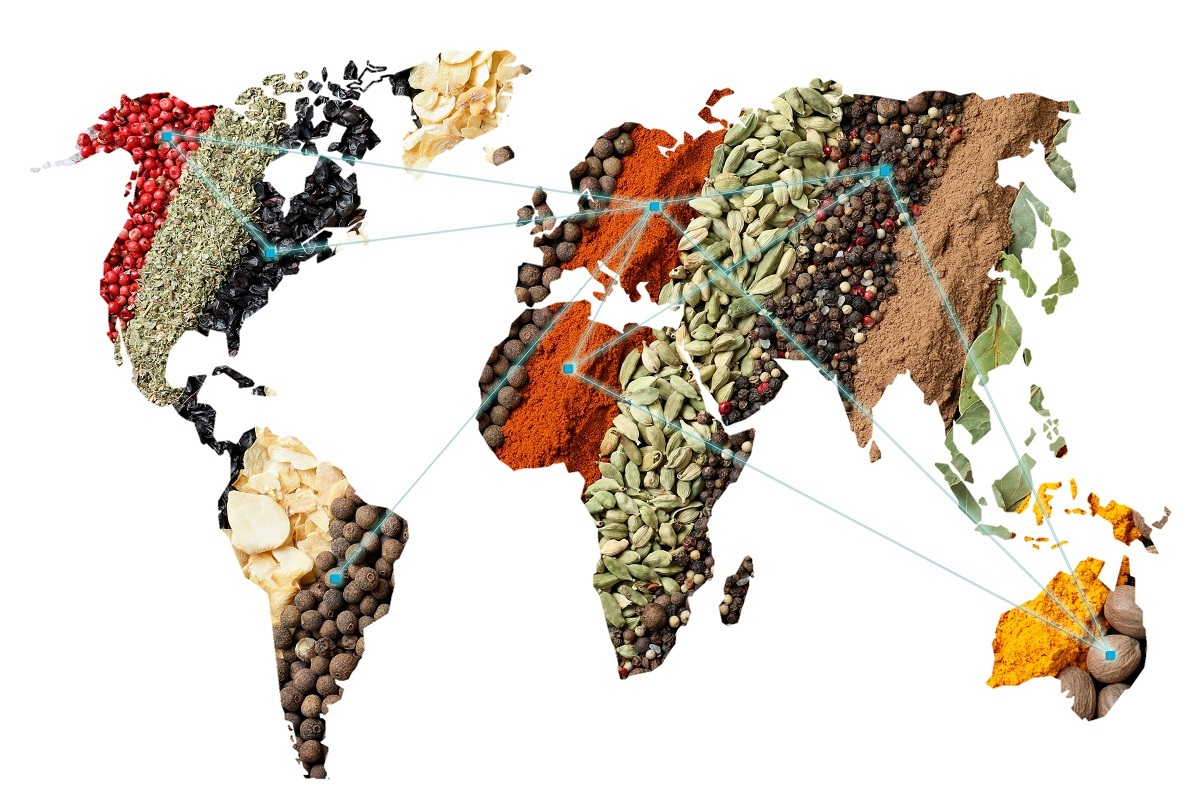 We are all experiencing the consequences of a food system that can be disrupted or completely cut off at a single point—the true test is how it performs under stressful and unexpected conditions, not just the optimum.