Trust in the Future: Who makes decisions is as important as the decisions themselves

Whether in the board room or political field, it is time for broad prosperity in decision making—and this generation is ready to bring it, now and in 2100. Banner image: Shutterstock/Andrea Izzotti
Hajar Yagkoubi
Former UN Youth Representative; Co-Founder, 2100, Impact Economy Foundation
Follow
Like Be the first to like this
0

In February 2019 I visited a UN conference for the first time in my capacity as a Youth Representative for the Netherlands. I distinctly remember the first time I set foot in the headquarters of the international organisation in New York. That morning, I had wondered what I would notice first: all the different nationalities present, perhaps the grandeur of the building, or maybe the large assembly halls? In the end, it was none of those. The first thing that struck me as I walked into the UN’s headquarters, was how—forgive me—old everyone was.

The first words of the United Nations charter read, 'We the people'. If we truly want to represent the people, then we cannot leave out the group that comprises more than half of it.

Very soon I would learn how young people were hardly present at these international organisations, particularly when it comes to who was making interventions, negotiating resolutions and taking part in discussions. Quite often I found myself listening to the words of these “older” diplomats as they spoke of the “hope that this new generation provides them with”, or “the courage of young people marching the streets”; but more often than not, that awe seemed to not be reflected in the people that were included in decision-making processes.

This phenomenon is not limited to just my personal experience. More than half of the world's population is under the age of 30, yet less than 3% of all members of parliament fit within that same age category. Similarly, at the UN there is a discrepancy between the aim of who to represent and the actual composition of the organisation. The average employee age at the UN is 45 whereas the average age of the global population currently is 29. The first words of the United Nations charter read, “We the people”. If we truly want to represent the people, then we cannot leave out the group that comprises more than half of it. This lack of representation of young people is not limited to just political or international organisations. In the corporate world, the top layers of executive and supervisory boards consist mostly of older men.

In a recent Forum Network piece, professors Aksoy, Eichengreen and Saka correspondingly argued that COVID-19 is likely to accelerate long-term trends towards declining trust in public authorities—with a particularly strong scarring impact on young people. Taking into account that young people are poorly represented in places of decision making, both in the public and corporate world, this declining trust-rate is unfortunately not surprising to see. Representation can help foster levels of empathy, understanding and trust. It is therefore imperative that we improve the representation of young people if we want to increase their trust in institutions.

Additionally, more than any other generation before, young people today understand the urgency of sustainable decision making, where those in institutional seats of power govern and lead in a way that respects and takes into account planetary boundaries and natural capital. We are the first generation to truly understand the severity of the climate crisis. That makes us not only the last hope we have to act against it but also the best hope—and in that spirit we are all united, young and old.

So, what do we need to do to increase young people’s trust?

First off, we ought to increase the level of youth representation by including young people in decision-making processes in a meaningful way. That is to say that young people get to participate on a structural, equal basis. One in which they are not dependent on the goodwill of a specific policymaker, business leader or diplomat to be included in discussions.

Second of all, we need to safeguard young people’s future by leading and governing within planetary boundaries. The consequences of the decisions being made today will for the longest period of time impact the lives of younger generations. They will live in the aftermath of our choices. Because of this, it is crucial that we make decisions that respect the earth’s natural capital.

Particularly within the corporate sector, an incentive shift towards sustainable and social decision making is necessary. For example by remunerating corporate leaders not on the basis of short-term profits but rather on the basis of social and environmental impact. Policymakers could take a deeper look into current accounting standards that solely oblige companies to account for financial costs as “actual” expenses on their profit and loss statements; all companies should publish their impact-weighted accounts in which social- and environmental expenses are treated as actual costs. If we don’t account for environmental costs—among other things—these costs will not magically disappear. Instead, they will be paid for by my generation and generations to come in the form of floods, droughts and climate-induced famine.

With Network 2100, we are already working hard on getting young people into those (non) executive board rooms. We are tackling the accounting standard, the way in which we value our corporations, and consequently how we remunerate and incentivise corporate leadership on the basis of that. Whether in the board room or political field, it is time for broad prosperity in decision making—and this generation is ready to bring it, now and in 2100.

During that first UN conference, there was one speech by an older woman that stayed with me. In it, she said, “We do not inherit the earth from our ancestors but borrow her from our children”. Let us reflect that wisdom into the decisions we make—and most importantly with whom we make them.

Young people are our leaders of tomorrow—yet it is the young that have been among the hardest hit by the economic consequences of the COVID-19 pandemic. The OECD is placing youth participation as a top priority to build a strong and inclusive recovery.

Find out more about the OECD's Youthwise project

Hajar Yagkoubi is a former UN Youth Representative for the Netherlands. During her mandate as a Youth Delegate Hajar gathered input from young people on topics such as the climate crisis, the Sustainable Development Goals, Human Rights and Security. That input was presented through speeches that Hajar gave at the UN. During the General Assembly, High-Level Political Forum, UN Climate Action Summit but also in conversation with (prime)-ministers, legislators and politicians. Currently, she works on enhancing youth participation, climate action and human rights work as a public speaker, advocate and consultant.

As part of Network 2100 Hajar also advocates for the inclusion of young people in (supervisory) boards of corporations. She is a bridge between the corporate world and her activistic-generation and advocates for ways in which firms can embody sustainability, climate action and a broad definition of prosperity. She studies International Business at the university, which adds to her knowledge of both businesses and the transition with regards to ESG that current-day issues require.

Preparing for TUNA times: Who shapes the future of civil society (if not us)? 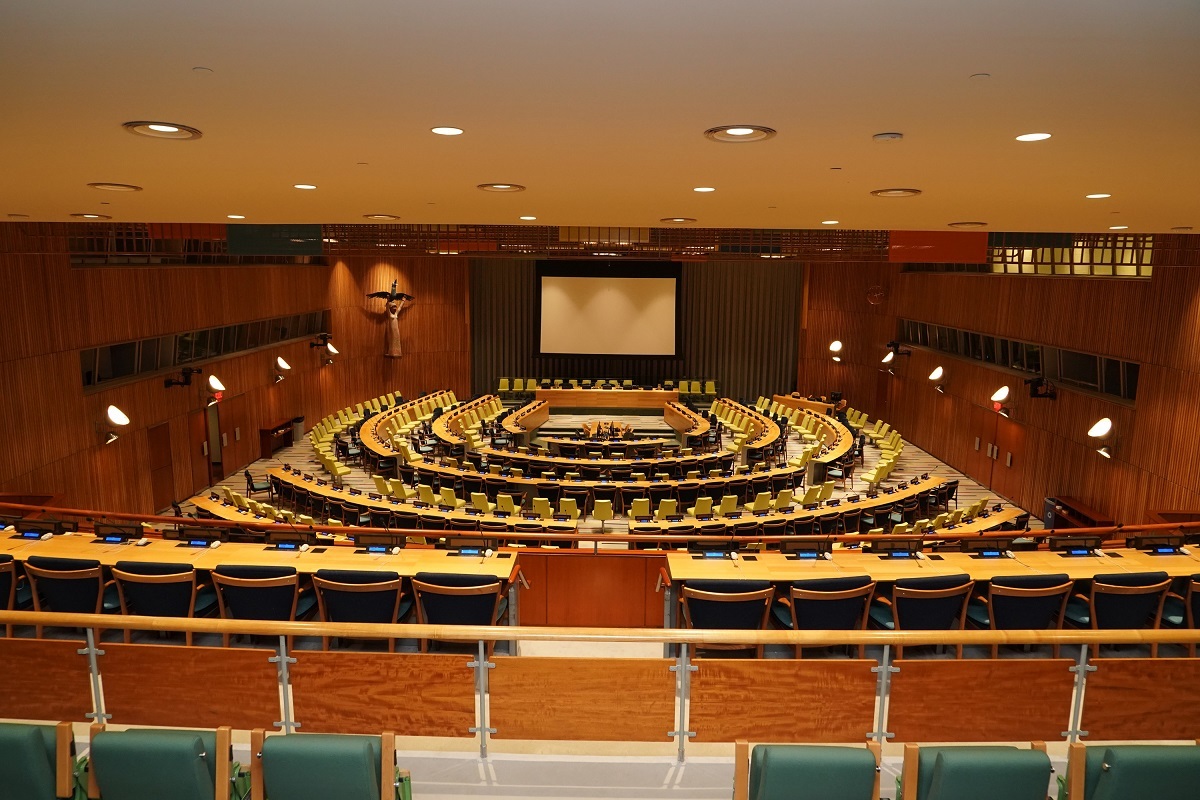 Who makes decisions is as important as the decisions themselves