Toward a European network of “green zones" to avoid summer collapse

Outlining how Member States should follow a co-ordinated plan to gradually lift travel restrictions, the European Commission (EC) released its Tourism and Transport Package on 13 May 2020. It calls for restoring freedom of movement between regions of the European Union (EU) where the COVID-19 outbreak is under control – regardless of whether these regions are in the same country. This plan comes close to our “green-zoning” proposal that has already largely influenced plans at the national level by France and Spain. However, the EC does not suggest spearheading the implementation of its strategy: instead, we advocate that the European Union should rise to the occasion and assume a leadership role. It is uniquely placed to ensure a safe and reliable network of “green zones”, and thereby prevent “summer collapse”.

According to the EC report, the lifting of travel restrictions should initially prioritise areas where (i) the regional epidemiological situation is improving as indicated by the European Centre for Disease Prevention and Control (ECDC), (ii) containment measures throughout the whole journey can be guaranteed, and (iii) the economic and social impact is most significant.

The EC further highlights the principle of non-discrimination: “When a Member State decides to allow travel into its territory or to specific regions and areas within its territory, it should do so in a non-discriminatory manner – allowing travel from all areas, regions or countries in the EU with similar epidemiological conditions”. This principle discourages bilateral accords, which Italian Prime Minister Giuseppe Conte also deemed unacceptable, noting that this would risk gravely undermining the EU. Instead, the EC package incorporates our recommendation to elevate the green-zoning approach to create a European network of areas between which travel is allowed.

In a nutshell, green-zoning consists of three key steps:

Green-zoning helps to contain the spread of the virus by breaking the infection chains across the territory, and gives economic and social relief to regions where it is safe to do so. Complemented by strict public health measures, on-going monitoring and effective communication of the labelling to the population, green-zoning can help ease the lockdown in a secure fashion. A national green-zoning strategy, as outlined in our policy proposal from 8 April 2020 has been adopted by France and Spain since 28 April.

The EC should lead green-zone travelling

Today, the borders between European countries are mostly closed to travel. The impact of these closures is worrying from a political as well as an economic standpoint. In Alsace, for instance, a French region that shares a border and strong political ties with Germany, French parliamentarians have urged the German Chancellor to reopen the border. Economically, green zones may be the key to saving the tourism sector, the viability of several European countries and potentially the balance within Europe. Tourism, for example, accounts for 13% of employment in Italy, Spain, and Croatia, and 26% in Greece.

To operationalise green-zone travelling, European leadership is required. Given its competence (Treaty of the European Union, Article 5 §3), the EC should lead the implementation of steps 1–3 outlined above, while Member States should join a “coalition of the willing” or, otherwise, face the risk of being excluded from the benefits of pan-European mobility.

The first step, the delimitation of zones, could be determined by each country separately, as different economic and political contexts need to be considered. Indeed, a country could also opt for consideration as one single zone, although this may lead to travel restriction for regions that would otherwise be labelled green.

The second and third steps would be most effective with the EC’s direction:

The EC has taken a promising path toward restoring free movement within Europe, but it needs to assume greater leadership. This would also provide a blueprint for other alliances across the world to take similar action.

The green-zone travelling network: a safer way to travel through Europe during the pandemic

A defining moment for the European Union and beyond

The only way forward – to halt the spread of the virus, while allowing for rapid economic and social recovery – requires international co-ordination. Connecting green zones is a simple and practical way to do so that could help save the tourism industry of several European countries from collapse.

Looking ahead, green-zoning would be an effective strategy, at both national and international levels, should a second wave of the pandemic arise. Epidemiological research has shown that zoning is particularly effective in halting the spread of the virus at the beginning of an outbreak. At the same time, avoiding renewed blanket lockdowns would minimise further social and economic damage. For these reasons, implementing green-zoning today will help lay the right foundations for our long term recovery, beyond the summer.

Miquel Oliu-Barton & Bary Pradelski
Associate Professor of Mathematics & Associate Professor of Economics/Associate Member of the Oxford-Man Institute, Université Paris Dauphine & CNRS/University of Oxford
Follow
Miquel Oliu-Barton is currently an Associate Professor of Mathematics at Paris-Dauphine University. His research interests include game theory, probability theory and microeconomics. He did his PhD in Mathematics at Sorbonne University (formerly Pierre and Marie Curie University), where he graduated in 2013. He holds a BA in Mathematics from the Ecole normale supérieure of Paris and a BA in Dramatic Arts from the Ecole Supérieure d'Art Dramatique de Paris. https://sites.google.com/site/oliubarton/ & https://twitter.com/OliuBarton & https://www.linkedin.com/in/miquel-oliu-barton-379260167/ +++ Bary Pradelski is an Associate Professor (chargé de recherche) at the CNRS (French National Centre for Scientific Research) and an Associate Member at the Oxford-Man Institute, University of Oxford. He is currently based at the Grenoble Informatics Laboratory. His research interests include game theory, microeconomics, and mechanism design. Prior to joining the CNRS he was a postdoctoral researcher at ETH Zurich. He holds a PhD in Mathematics from the University of Oxford (2015). Prior, he worked for McKinsey & Company as a Senior Associate. https://barypradelski.com/ & https://twitter.com/BaryPradelski & https://www.linkedin.com/in/bary-pradelski-86b8773/ 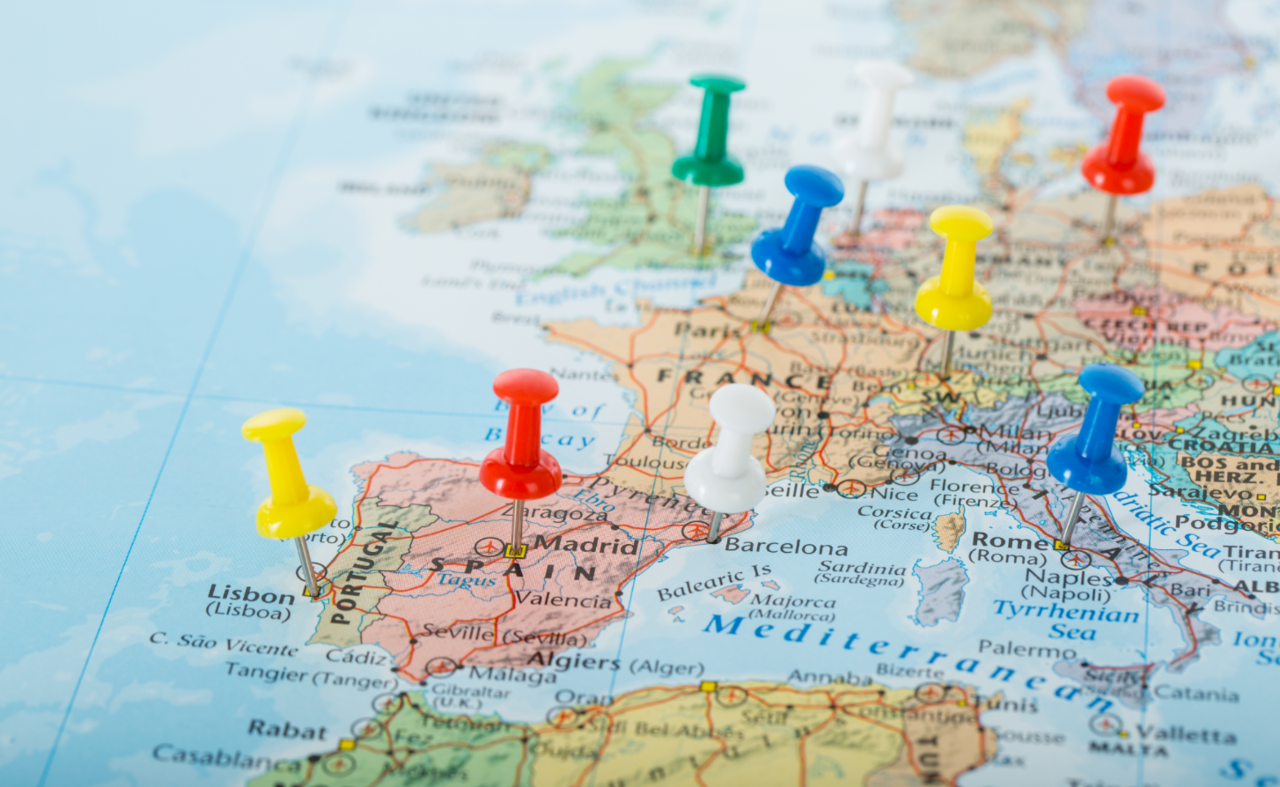 Toward a European network of “green zones" to avoid summer collapse