The undervaluation of the care economy has had long-standing consequences on gender inequalities in the workforce and women's contribution to GDP. Aggravated by the pandemic, policy makers need to promote gender-egalitarian approaches and rethink "care" to account for its benefits. Banner image: Shutterstock/aslysun
Kadie Ward
Commissioner and Chief Administrative Officer, Pay Equity Commission, Ontario Ministry of Labour, Training and Skills Development
Follow
Like Be the first to like this
0

There have been longstanding gender gaps and norms around caregiving, and COVID-19 has laid bare the negative consequences of that. The International Labour Organization (ILO) estimates that unpaid care and domestic work by country is valued to be 10–39% of GDP. It has also noted that in some economies, unpaid care can contribute more to the economy than the manufacturing, commerce or transportation sectors.

The OECD estimates the value of time spent on unpaid work to be approximately 15% of GDP on average across available OECD countries.

How much is that worth in dollars? Based on time-use survey data in 64 countries that was done by the ILO, estimates show that 16.4 billion hours are spent on unpaid care work every day—this is equivalent to 2 billion people working 8 hours per day with no remuneration. If that care work was valued on the basis of an hourly minimum wage, they would amount to 9% of global GDP, which corresponds to USD 11 trillion. The OECD has also estimated the value of time spent on unpaid work to be approximately 15% of GDP on average across available OECD countries (when using the replacement cost method), and up to 27% of GDP when the opportunity costs of workers in unpaid work at home are accounted for. The OECD went on to note that “women create the majority of this economic value”.

Here’s the reality. The economy is propped up by “unpaid care work”. It’s the work that enables households to function so adults in the household can participate in the labour force. It’s the work that subsidises public care services when they are not available.  Unpaid care work makes a substantial contribution to countries’ economies, as well as to individual and societal well-being. Most unpaid care work remains mostly invisible, unrecognised and unaccounted for in decision-making. This imbalance not only robs women of economic opportunities—it is also costly to society in the form of lower productivity and forgone economic growth.

Up until the start of the pandemic, women’s participation in the labour market in Ontario, Canada, had increased dramatically over the past half-century: between 1976 and 2020, the participation gap between men and women in Ontario narrowed from 40 percentage points to nine and a half points, according to Statistics Canada. However, it has been reported that 1.5 million women in Canada lost their jobs in the first two months of the pandemic and, in April 2020, women’s employment dropped to 55%, the lowest it’s been since the 1980s. This labour force dynamic was seen around the globe, with many women choosing—or being forced—to leave the labour market following rolling lockdowns and the closure of childcare and public schools. The recession following the COVID-19 pandemic has been colloquially termed the “she-cession” due to the disproportionately negative effects felt by women. The OECD posits it may be more accurate to call it a “mom-cession”: mothers were three times more likely than fathers to report that they took on most of the additional unpaid care work following school and childcare facility closures (61.5% of mothers of children under 12, compared to 22.4% of fathers), and many mothers of young children left the labour force completely.

As a province, country and global economy, we cannot recover from this recession without women’s equitable participation in the labour market.

Having women in the labour force matters for several reasons, including their personal economic well-being. But it also matters at a macro-economic level. An often-cited report by McKinsey estimated that, by 2026, Canada could add CAD 150 billion to its annual gross domestic product (GDP) by supporting women’s participation in the workforce. The Royal Bank of Canada (RBC) puts the number at CAD 100 billion. The increased participation of women over time contributes to productivity growth.

57% of Canadian GDP is driven by household spending and it is overwhelmingly overseen by women.

How do we support women in the labour market? We need to rethink “care” and divisions of labour and support women who want to work. Legislation like Ontario’s Right to Disconnect can help women manage their work-life responsibilities, but it also takes employers willing to support and accommodate women at work.

Fundamentally, attitudes about the division of care work need to shift. Social norms play an important role in the distribution of tasks in the household. Furthermore, gender inequalities in the home and in employment originate in the gendered representations of productive and reproductive roles that persist across different cultures and socio-economic contexts. Despite regional variations, the “male breadwinner” family model remains very much ingrained within the fabric of societies, and women’s caring role in the family continues to be central. But this is changing.

Changes to family structures and ageing societies point to an increase in the number of both women and men taking on unpaid care work and employment, but for progress to continue policy makers, employers and communities need to support gender-egalitarian approaches. This includes changes in attitudes towards working mothers and appropriate work-family arrangements with a more balanced division of paid work and unpaid care work. Attitudes towards paternity leave also need to change, starting with supporting men to take on more care responsibilities. Finally, as the ILO noted in its report Care work and care jobs for the future of decent work, “The heart of change in care work is a change in the power relationship between men and women in unpaid work so women can be present in the workforce”.

You can learn more about the care economy with Level the Paying Field, a six-part series looking at economics, equity, women, work and money. Episode one looks at global trends in women in the workforce and unpaid care.

Learn more about the care economy and persisting gender imbalances within it by reading the OECD report Caregiving in Crisis: Gender inequality in paid and unpaid work during COVID-19

Environment, Equal Opportunities, International Co-operation, Women at the Frontline of the Recovery 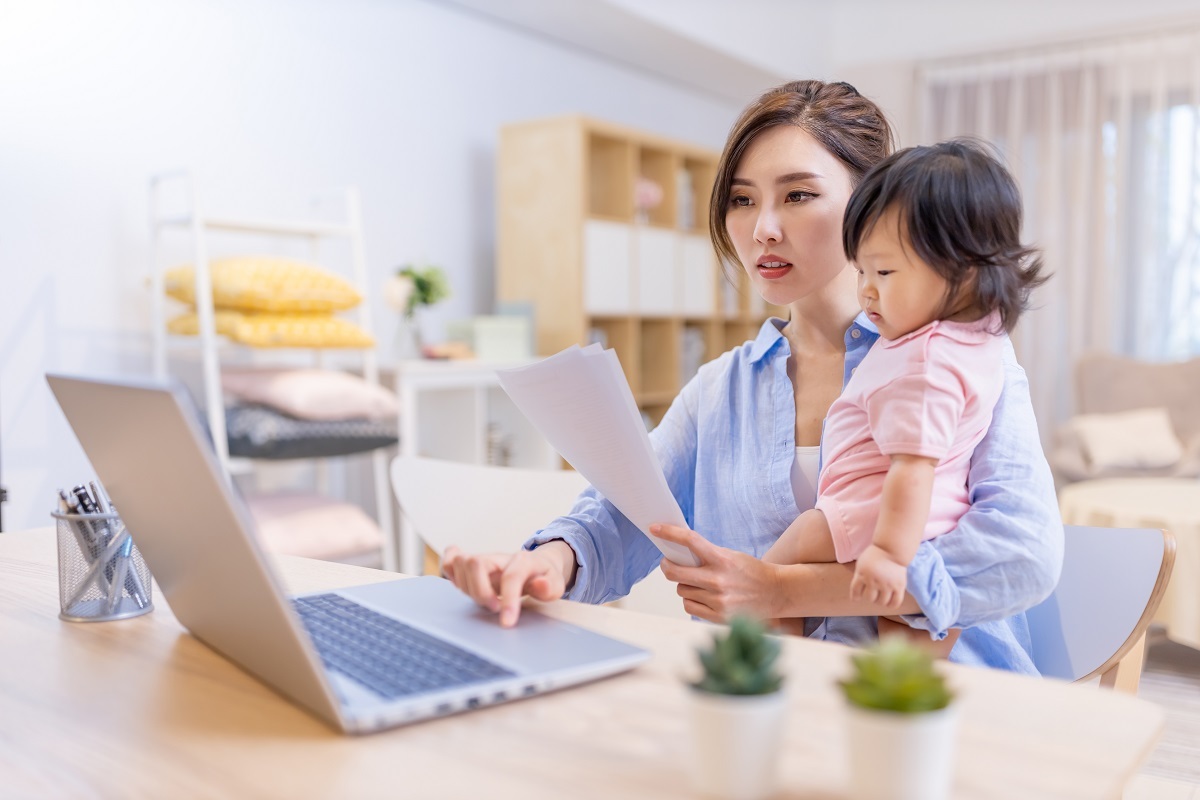 The undervaluation of the care economy has had long-standing consequences on gender inequalities in the workforce and women's contribution to GDP. Aggravated by the pandemic, policy makers need to promote gender-egalitarian approaches and rethink "care" to account for its benefits.