+1
Mark Pearson and 1 other See all
Deputy Director of Employment, Labour and Social Affairs, OECD
Follow 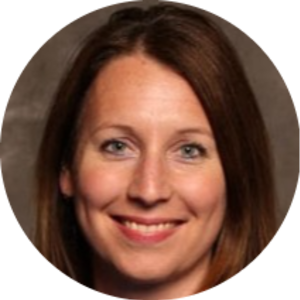 This article was co-authored by Marissa Plouin, Economist and Policy Analyst, OECD.

#Stayhome. #Restezchezvous. #Quedaencasa. The COVID-19 crisis and the recurrent lockdowns have put a spotlight on inequalities in housing quality: while some people experienced lockdown in relatively comfortable conditions, others were struggling with overcrowding or missing access to a computer, the internet or a garden. And bad housing quality also puts people’s health at higher risk. Preliminary evidence from England and France suggests that overcrowded living conditions and high-density living environments were associated with higher COVID-19 infections. At the same time, the economic fallout of COVID-19 is increasingly straining households’ ability to cover monthly expenses. In the United States, nearly half of renters who had fallen behind on their rental payments—over 4 million people—reported in November 2020 that they were “very likely” or “somewhat likely” to be evicted over the following two months.

The COVID-19 crisis did not create these housing challenges: many households were already struggling to pay the rent or mortgage or living in poor housing conditions.

At the outset of the pandemic, OECD governments reacted quickly with a range of emergency housing supports. Mortgage forbearance and eviction bans were by far the most common, introduced in 20 and 18 countries, respectively. Meanwhile, at least 10 countries provided emergency shelter and services to the homeless, and 11 countries allowed households to defer utility payments or mandated service continuity even when payments were missed. Initially these measures were supposed to be temporary, but as the crisis continues governments have since extended, and in some cases further targeted, such supports.

The COVID-19 crisis did not create these housing challenges. Prior to the pandemic, many households were already struggling to pay the rent or mortgage or living in poor housing conditions. According to the OECD Affordable Housing Database, less than half of the OECD population is satisfied with the availability of affordable housing where they live and, prior to the pandemic, more than one in ten people reported that there had been times over the past year when they lacked resources to provide adequate housing for themselves and their family. Housing is, after all, the biggest household spending item on average, and over the past two decades its share in household spending has grown more than any other item: ahead of food and clothing, transport, health and education. 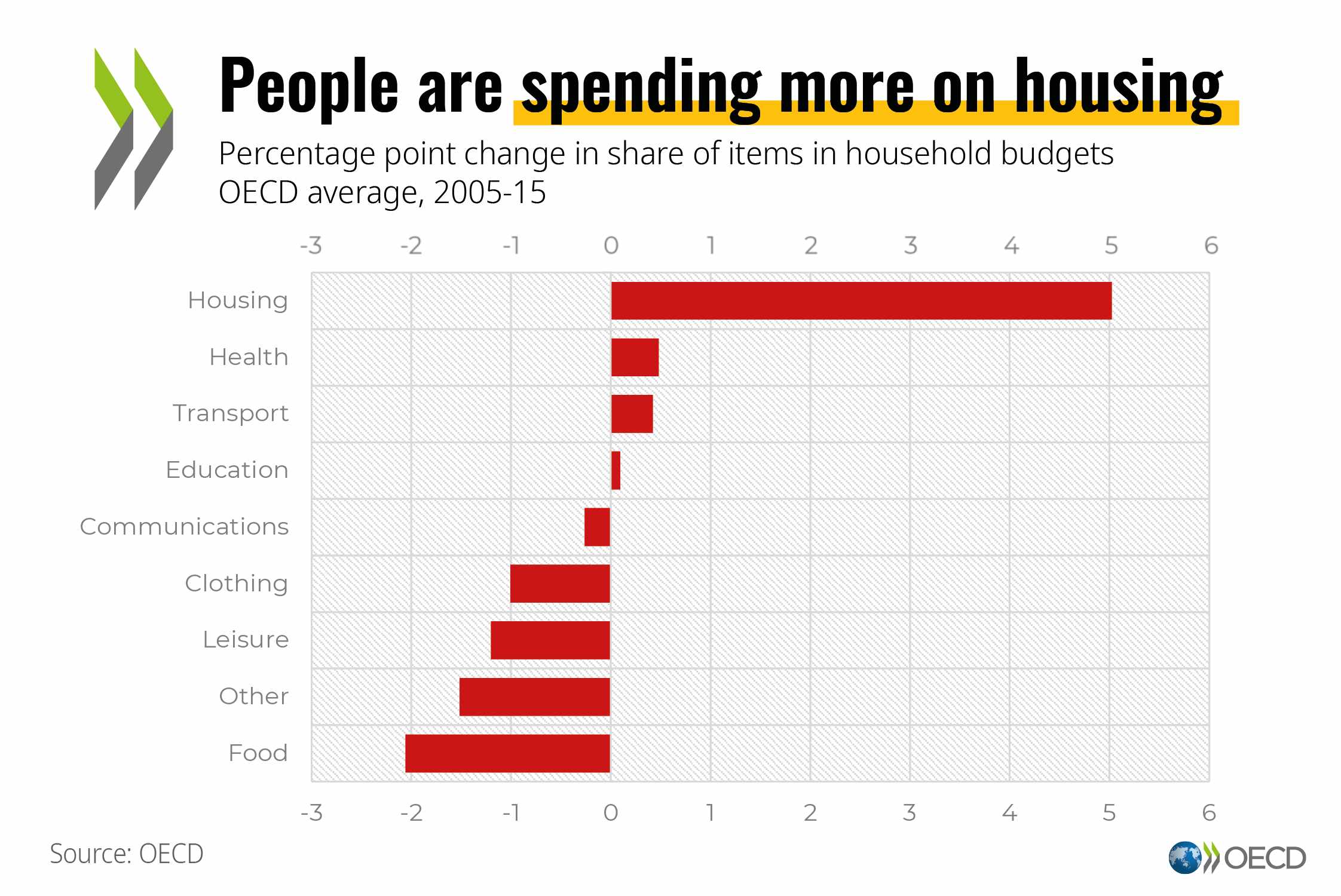 One reason is rising housing prices, especially for renters: since 2005, rent prices have increased in all but two OECD countries. One in three low-income renters spends on average over 40% of their disposable income on housing, and are thus considered “overburdened” by housing costs. Such vulnerability in the housing market can lead to evictions and, in some cases, homelessness: at least 3 million eviction proceedings were initiated in the private rental market in 17 OECD countries prior to COVID-19, and homelessness rates had increased in one-third of OECD countries.

Visit the OECD Affordable Housing Database for indicators on the housing market, housing conditions and affordability, and public policies towards affordable housing

There are a range of things governments can do to make housing more affordable. Housing benefits and social housing are the most common forms of housing support for low-income households. Rent controls (including rent stabilisation whereby rents within, and sometimes between, tenancies are allowed to increase only within a certain range) are in place in the majority of OECD countries, yet are rarely uniformly applied within a country. Meanwhile, numerous measures aim to support prospective or existing homeowners, including tax relief, subsidies and mortgage support. But there is a risk that well-meant housing measures only benefit certain parts of the population and, in some cases, end up making housing more affordable for some, while driving up housing prices for others. Tax relief to facilitate home ownership, for instance, tends to benefit primarily higher-income households. In tight housing markets, public housing allowances can be captured by landlords and drive up overall rents.

In light of these challenges, governments could make a difference in these three areas:

There is no getting away from the fact that many households are going to face a rocky few months. In the short term, housing vulnerability will increase, unless some of the pandemic emergency supports are extended. But as this crisis moves to being resolved, the longer-term crisis in housing cannot be forgotten.  Demand for social and affordable housing will increase. A good place, perhaps, for governments to spend post-crisis to kick start our economies again.

Check out the latest OECD brief, Building for a better tomorrow: Policies to make housing more affordable—the third in a series of OECD Policy Briefs on affordable housing, social housing and homelessness—as well as the new OECD Housing Gateway, which features a wealth of OECD work and data on housing.

We gratefully acknowledge support from the European Union for the ongoing work on the OECD Affordable Housing Database, home to cross-national data on the housing market, housing conditions and affordability, and public policies to make housing more affordable.

Mark Pearson is Deputy Director of Employment, Labour and Social Affairs at the Organisation for Economic Co-operation and Development (OECD). Prior to 2014, he was Head of the Health Division where he helped countries to improve their health systems by providing internationally comparable data, state-of-the-art analysis and appropriate policy recommendations on a wide range of health policies. Major current work of the Division is on the economics of preventing obesity; comparisons of the prices of health care goods and services; assessing long-term care policies; trends in health spending; expanding health coverage; co-ordination of care; pay-for-performance; use of evidence in health care; the migration of the health-care workforce; health care quality indicators; measuring health care outcomes, outputs and inputs; and health and ICTs. Key publications resulting from the work he has managed include OECD Health at a Glance and Achieving Better Value for Money in Health Care, as well as The Economics of Prevention: Fit not Fat. Before moving to Paris, he was employed by the Institute for Fiscal Studies in London, and he has been a consultant for the World Bank, the IMF and the European Commission.
Follow

Grace Suh
The OECD Forum Network
We use cookies to help improve your experience. By continuing to browse our website you are consenting to our use of cookies.
Learn more