Over the years as a statistician at the OECD, I have contributed to many, many charts. Below is what I call a "killer chart": one chart, one great story, on the successes and challenges of past, current and future social policies.

In OECD countries, we measure poverty as the share of people living on less than half the median national household income: this indicator shows the extent of relative income poverty in a country. It means that for example, in France in 2018, 8.5% of the population lived on less than EUR 960 per month for a single person, or less than EUR 1,920 for a couple with two children. On average across OECD countries in 2018, around 11% of the population—one in nine people!—lived in relative poverty. Of course, this relative poverty rate varied across countries, from 5-7% in the Czech Republic, Denmark, Finland and Iceland to 17-18% in Israel, Korea, Latvia, Mexico and the United States.

Over the last decades, we have seen a shift in the risk of being poor from older to younger age groups. The chart below shows poverty rates by age group, for the OECD average in the mid-1980s. 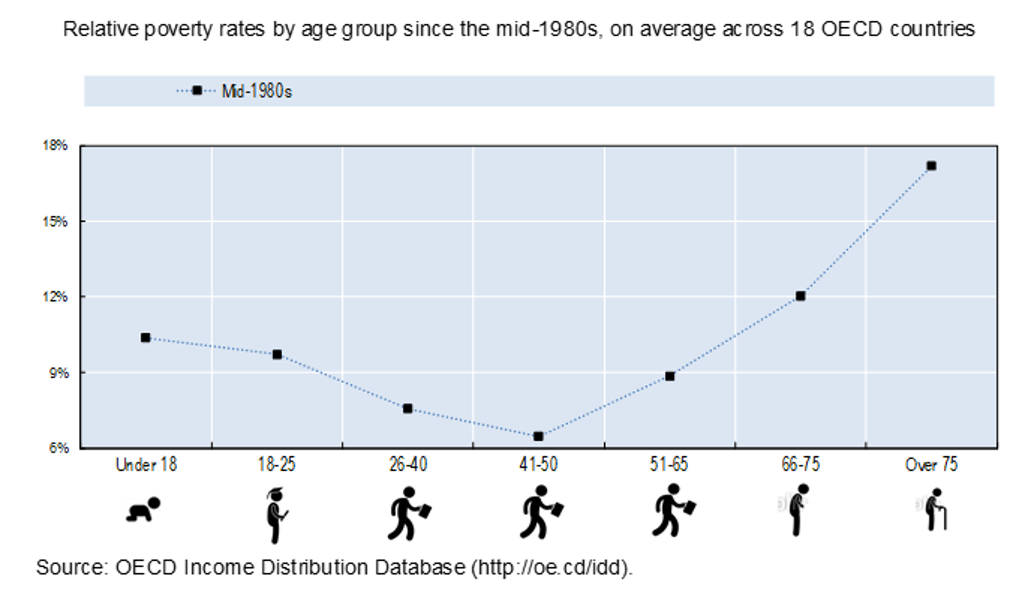 In the mid-80s, the elderly population was clearly the population with the highest risk of poverty. As you can see, the graph looks a bit like a tick or check mark: the poverty rate first declines with age, from around 10% among children and youth, down to 6.5% among middle-age adults, most of them being active in the labour market. Then the poverty rate starts increasing to 9% among older adults, and up to 17% among over 75 year olds.

The next animated chart shows how this poverty risk has evolved over the past four decades: in the mid-80s, in the mid-90s, in 2007 just before the global financial crisis, and in 2018 or our latest year available.

You will see a clear shift across age groups.

While in the mid-80s the elderly population was clearly the population the most at risk of poverty, the poverty risk has shifted from the elderly to young people.

During these decades, the poverty rate of the elderly decreased by almost 3 percentage points on average, reflecting a great achievement of social policy: the maturation of old-age pension systems in many OECD countries, pulling many of the elderly out of poverty.

During the same period, the poverty rate of young people—the 18-25s—increased from 10% to 16%, largely reflecting the postponement of their labour market entry.

The economic situation of the young is not likely to have improved during these first pandemic years. Menta (2021) suggests that poverty increased disproportionately for young individuals during 2020 in five European countries. The recent OECD Risks that Matter survey also reports that young people fared much worse economically, and had the largest increase in non-employment.

Read the OECD's report "Risks that matter 2020: The long reach of COVID-19" and find out more about the concerns weighing on people's minds across countries 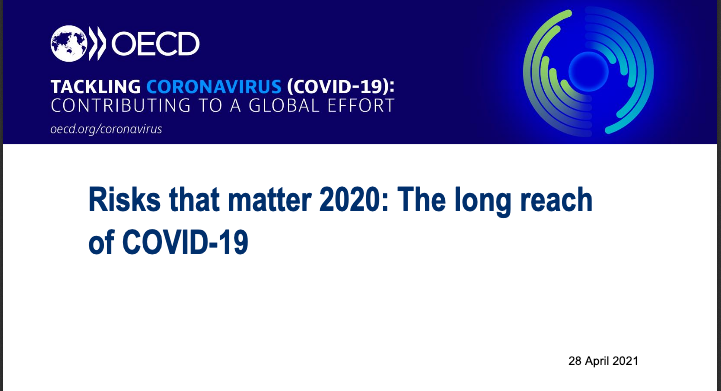 Many OECD countries have unemployment and minimum-income benefits for young people in place. However, in 9 out of 37 OECD countries, a 20-year old without an employment record does not have access to such income support benefits (e.g. France, Italy and Spain).

The economic impact of the COVID-19 pandemic highlights the urgency to give all young people the support they need and reinforce their confidence in their future prospects. At the OECD, we share good practices across our member countries and work directly with countries to improve support for young people and ease their school to work transition.

Discover the OECD work on Youth and get the latest data, recommendations and policy advice on Youth and the Future of Work 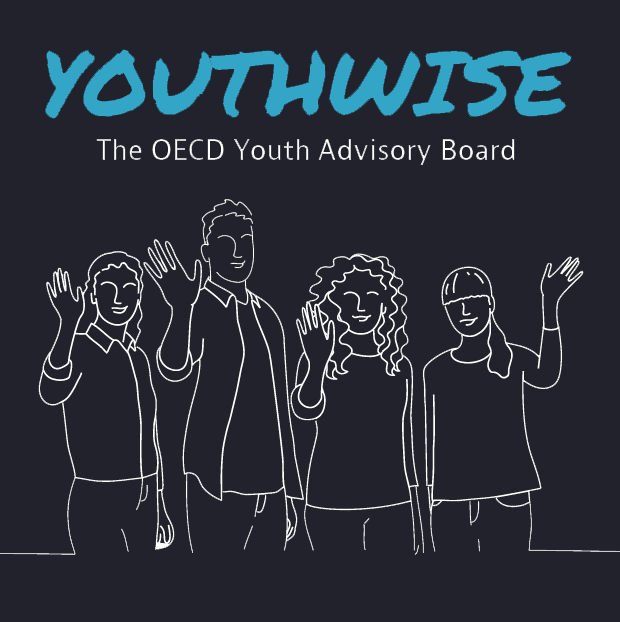 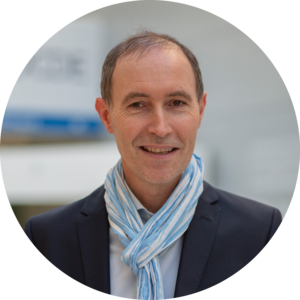 The “new normal” is for all ages

Bridging the Digital Literary Gap is Essential for Equity in Aging

Lawrence Kosick
The OECD Forum Network
We use cookies to help improve your experience. By continuing to browse our website you are consenting to our use of cookies.
Learn more