This piece is based on a transcript of remarks given to the OECD Committee for Scientific and Technological Policy as part of the STI Outlook workshop on 1 April 2020.

The world still doesn't understand what we're going through. That's a remarkable thing to say in the context of a pandemic which has spread around the world in 60 days and which is causing devastation in highly developed countries. But I don't think the world appreciates what is going to happen over the coming months and years. We're going to see this pandemic cause immense suffering in Central and South America, in Africa, in South Asia – some of the world's largest populations with very fragile health systems. Plus, given the biological characteristics of this virus, I cannot see an exit strategy at the moment. It is impossible to lock down countries for any length of time without causing absolute devastation to economies and as a result, causing devastation to health, but also for all of the other health challenges which are ongoing at the moment. This is a health issue, but it's increasingly a social, economic and political issue, but we shouldn't underestimate this as a security issue. We saw the challenges of people moving and fleeing from economic hardship or war in 2018-19 and parts of this year. That's inevitable, when the millions of people living in refugee and migrant camps at the moment move. I don't think the world has quite got its head around this yet.

Read: Latin America and the Caribbean in the time of COVID-19: Preventing the vulnerable from falling behind

"The only exit strategy is through science"

We have been in discussions with governments, G7, G20, the World Bank, the IMF over the last month. The first call we had was the middle of February. From the middle of February to the beginning of April, we've faced a doubling time of this epidemic of every two to three days in many jurisdictions. That's six weeks with a doubling time of two days. And yet we found it difficult to find the mechanisms by which we cannot just support individual countries, which is laudable and must be done. We've struggled to find the mechanisms by which we can fund the only exit strategy for this. And the only exit strategy is through science – that is public health, protecting healthcare workers, through to the diagnostics, treatments and vaccines that are critically needed. That is the only way we are going to get out of this pandemic. My big worry is that China will see second and third waves. This is not SARS and will not just disappear. This infection will not be eradicated. It's a human infection now and it's circulating in humans in a way that will inevitably mean second and third waves. So the only exit strategy is either we let it go through communities causing devastation until so many people are immune, meaning a massive case fatality. Alternatively we fund the science of public health, protection of healthcare workers, diagnostics, treatment, vaccines, social science.  We do that at scale, at risk, and adopting a multilateral approach.

"We don't have the time to do things in sequence"

Normally you would do things in sequence – you would do the research and development and then you think, how do we scale it up, how do we manufacture? How do we distribute? But we don't have the time to do things in sequence. These have to happen in parallel and they've got to happen with risk and at scale. They've got to happen in a broad way because we don't know which vaccine or which treatment will work. The world is not used to working like that. The world is used to working in steps: you take step A, and you stop, you think; you take step B, then you stop, you think; you take step C, and eventually you get to a distributed model of access to innovation. We can't afford the time for that, meaning that all this has to happen in parallel at risk and at scale. On top of all this, we don't have the global mechanisms to support that sort of funding.

I don't think we've yet appreciated the impact of this epidemic on societies, on economies and on health.

At the moment we find it extraordinarily difficult to find the funding and the mechanisms that allow things to happen in an equitable and distributed way that ensures nationalism doesn't become the defining theme of the 21st century. I don't think we've yet appreciated the impact of this epidemic on societies, on economies and on health. I don't think this is a time for making new structures. The timeframes are such now that there is an urgency of the moment and therefore, I do not believe that setting up new structures is possible, makes any sense, and would achieve the endpoint and endgame. So, I do think we've got to use existing structures and I believe those structures exist. The WHO has provided tremendous leadership in this pandemic. They've been criticised before, as you know, but on this one, they've provided tremendous leadership. So on the public health side, we have the WHO. On the research side, I believe that with the combination including the R&D blueprint at WHO, but with the leadership from CEPI for vaccines, the leadership from FIND on diagnostics, the leadership of the therapeutics accelerator or, indeed, Unitaid, and there are other structures, I believe we have the structures, but what we don't have is the mechanisms for coming together as a world. The vaccine or the therapeutic may be developed in America, may be developed in Europe. It may be developed in Cuba or Russia or China or India, and yet the whole world will need it.

Therefore, the only way of doing this is through multilateral agencies that come together and commit to the science, but also commit to the equitable distribution of the benefits of that, wherever you are and whatever your ability to pay. I believe that those structures exist and we should support them, rather than trying to set up new structures. Given every country's cultural and governance structures, they'll have to find national solutions, but there are certainly lessons to be learned from other countries and there are mechanisms through the World Bank and the IMF – existing mechanisms to support bilateral support, economic and health, through those agencies. The challenge we've got is when we try and do things across countries and globally. I think the bilateral mechanisms may be complex, but they do work and that is the primary problem. The primary problem is how to put together a global approach to the only exit strategy that, I believe exists. 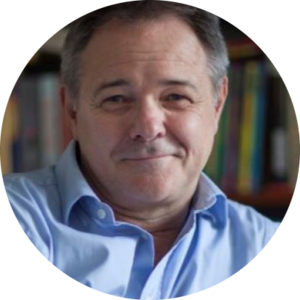 Jeremy Farrar is Director of the Wellcome Trust - a politically and financially independent global charitable foundation that exists to improve health by helping big ideas to thrive. Jeremy was knighted in the Queen’s 2018 New Year Honours for services to Global Health.
Follow

Erika Mouynes
A Systemic Recovery: what is it, why is it important and how should we do it?
Vaccines Future of Education & Skills Digital Inclusion Green Recovery
International Co-operation

Jennifer Morris
The OECD Forum Network
We use cookies to help improve your experience. By continuing to browse our website you are consenting to our use of cookies.
Learn more