The OECD has evolved to become many things to many people since its creation in 1961. From purveyor of comparable statistics and intelligence, to policy shaper, to standard-bearer and global forum for policy dialogue and new ideas, the organisation covers the whole range of policymaking and has become a valuable asset for countries around the world, not just member countries. From Chile to China, policymakers look to the OECD to help them do better, just as the founding vision of the organisation hoped they would: namely, for the OECD to improve its member countries’ performances and to co-operate with the rest of the world. Part of the challenge is that the OECD has done these things rather well, and must now keep it up.

But like the rest of us, it has been caught a little off balance by the unusual challenge of COVID-19. The OECD has helped countries overcome economic and social crises before — the establishment of the International Energy Agency in 1974 stands out for instance as a response to the oil crisis, and the Jobs Strategy originally launched in 1994 to address chronic unemployment. But the coronavirus crisis is unprecedented, and how well the world recovers from it will depend on organisations such as the OECD.

In fact the OECD has grown into a global “standard-setter”, operating through a quite amazing structure of global networks which enable the gathering of data, intelligence and opinion, and the spreading of good practices. This network connects the organisation with what is happening on the ground, as it unfolds. Together with the OECD’s professional culture, it is enabling the OECD to play the role of a “policy pathfinder” in a world that has lost its faith in a better future — indeed in the very idea of progress.

Find out more about the OECD's 60th anniversary

This remains the backbone of the OECD’s institutional culture, based on political neutrality, knowledge-based policies and the intellectual independence of the organisation’s secretariat. It also depends on the continued confidence of its member countries. However, now that the OECD is a global institution in a world of geo-political and geo-strategic rivalries, it is obvious that this role has become not only more important, but also more difficult. As the COVID-19 pandemic has demonstrated, this means trying to respond effectively to the issues and demand for solutions, while addressing the complex interplay between science and politics.

When I came to the OEEC, the OECD’s predecessor (see below), in 1958 after five years spent in the UK government working in an operational research team (science at the service of policy), I was surprised to find that macroeconomics had become the dominant policy science. Its essentially conjunctural nature, combined with the pressures of the electoral cycle, led to short-termism. It also led to a theoretical conflict between economists and natural scientists within the OECD. Since OEEC days the organisation has been a hub for scientific policy-making in areas such as technology, chemical testing, agricultural seeds and the environment.

But given the weight of economic orthodoxy, it was perhaps no surprise that the Club of Rome, which was created to address complex crises facing humanity and warned about the limits to growth, was conceived in the OECD, but born outside it. Alexander King, who went to battle with the chief economist of the time, Christopher Dow, published his riposte in 1991, The First Global Revolution, which remains relevant today, for instance on how to reconcile growth, equity and climate change

There is now a long history of OECD attempts to overcome short-termism, notably the Interfutures project of the 1960s and the Futures programme of the 1990s; and today with Strategic Foresight and New Approaches to Economic Challenges initiative (NAEC). The organisation also works with the likes of the International Institute for Applied Systems Analysis (IIASA) and Institute for New Economic Thinking (INET), among others.

But macroeconomic models still provide governments with what they need most: an overall picture of what is happening to growth, employment and income. OECD breakthroughs such as the Better Life Index set up after the 2008 financial crisis to help look beyond GDP to measure well-being, have been greeted with growing interest, but governments still reach for the economic, trade and public spending data they need.

It is for this reason that the 2020 Economic Outlook was such a major step forward, since it combined conventional economic forecasting with alternative structural scenarios, and reminds readers that well-being is the ultimate policy goal, echoing the original OECD Convention of 1960. It builds on earlier progress, including the Going for Growth series linking economic growth to structural change.

Find out more about the OECD Employment Outlook 2020, read the full report or check out the highlights

In short, the OECD has itself adopted the characteristics of a complex, adaptive organisation. First, a long-term vision of the leadership in the form of the “Strategic Orientations of the Secretary-General”. Second, a decentralised organisational structure among the Directorates and policy Committees, the latter being a unique feature of the OECD. This helps responsiveness: international tax became front and centre after the financial crisis in 2008, and now under the COVID-19 pandemic the dynamic OECD health division has become a valuable complement to the voice of the WHO. The same is true across the whole range of government functions, from education to the labour market and beyond.

It is the interaction between strategic vision at the top, with a politically experienced secretary-general, and the experimentation and innovation in the so-called “silos” of the Organisation, that sustains the capacity to speak truth to power. In today’s divided world, this is the vital function of the OECD as a “think-and-do-tank”.

The Reconciliation of the Economy, Nature and Society

Arnold Toynbee, a historian of the rise and fall of civilizations, has postulated that civilizations rise on the wings of technology but decline because the fruits of technico-economic progress are captured by an elite, or because the laws of nature are ignored.

But whereas Toynbee’s civilizations rose in a vast unexplored hinterland, the world today is a finite globalised system, not only because natural resources are being exhausted but also because waves of social protest seem to be spreading in a system of interdependent capitalist economies. Of course, humankind could try to escape planetary boundaries and difficult trade-offs by going to the Moon and Mars, as some have dreamed, but this vision does not help the here-and-now.

In his forthcoming book, Changeons de voie–Les leçons du Coronavirus, Edgar Morin characterises the world as “globalisation without solidarity”. The nationalism and populism that resurged since the financial crisis have made this truer than ever.

Recognising that — as reflected in the OECD’s Better Life and Inclusive Growth initiatives — economic growth constitutes an essential means for achieving greater individual well-being and societal progress, rather than an end in itself, the OECD has posed the over-riding question of how to arrive at a symbiotic and sustainable balance between the economy, nature and society. This is the so-called triangular policy paradigm, which is on a constant quest for balance. GDP remains an important measure for economic performance and well-being, but it is no longer enough. Policymakers have to reach for a wider concept of well-being, as in the very recent creation of the OECD Centre for Well-being, Inclusion, Sustainability, and Equal Opportunity (WISE).

Also on the Forum Network: Towards a people-centred, inclusive, and sustainable COVID-19 recovery: OECD launches the Centre on Well-being, Inclusion, Sustainability and Equal Opportunity (WISE) by Romina Boarini, Acting Director of the WISE Centre, OECD

The reality is that the double shock created by the COVID-19 pandemic and the economic impact of containment measures has left the international community without a compass. Multilateralism struggles to find a new compelling vision as the geo-political giants, including the United States, China and Europe, seek to defend their interests, their cultures and their civilizations. Soviet communism and Maoism may belong to the past and now market capitalism is in question. So a new vision is needed to better connect the economy to the social, environmental and political system.

The OECD’s search for this vision started with the 50th anniversary (see references) and will culminate with a new OECD vision to commemorate the Organisation’s 60th anniversary. In a nutshell, it will put human well-being for the world’s citizens as the over-riding goal, which is threatened most by sharp movements of the economic cycle and by unforeseeable shocks such as COVID-19.

Resilience and “building back better” — or building forward better, as the OECD recently phrased it — are thus the order of the day, and they command an unprecedented combination of fiscal and monetary policies to moderate cyclical movements; and structural policies to promote a plural, decentralised economy that can better absorb unexpected shocks. Even if there is no messianic ideology ready yet, there are many experiments unfolding, such as the circular economy and the social economy, all of which harness market economics but with the proviso of offering work satisfaction as the foundation of life satisfaction. From recycling to job sharing, people’s values have shifted, and so have voices, as witness young activists like Greta Thunberg or economists like Thomas Piketty.

These ideas act as a buffer in difficult times and are being looked to in order to help people survive the current crisis. Could their time have come?

The end towards which this is aiming is a new humanism based on “working to live” rather than “living to work”. As Arnold Toynbee put it, “The supreme accomplishment is to blur the line between work and play”.

Is this a realistic utopia, which can give hope to the rising generation and provide a concrete focus for the OECD’s mission to promote Better Policies for Better Lives, via a well-being agenda?

With its holistic, cross-cutting structure, the OECD post-60 is well placed to find out.

The world is waiting.

The OECD at 50: Past achievements, present challenges and future directions, Global Policy, Vol.2 No.3, October 2011

Club of Rome (1991), The First Global Revolution, Simon and Schuster

Marianne Mazzucato, The Value of Everything: Making and Taking in the Global Economy, Allen Lane, 2019

Roanne Mahon, In conversation with Ron Gass: The OECD and The Crisis of Progress, Global Social Policy, August 2015

Ron Gass
Former Director, OECD
Follow
Ron Gass joined the organisation’s predecessor, the Organisation for European Economic Co-operation in 1958, and witnessed the transition to the OECD. He was founding director of the OECD Directorate of Social Affairs, Manpower and Education in 1974, and before that, helped launch the Centre for Educational Research and Innovation. He also worked for NATO and is a former consultant to the European Commission and the European Bank for Reconstruction and Development.

Md Ariful Islam
about 2 years ago 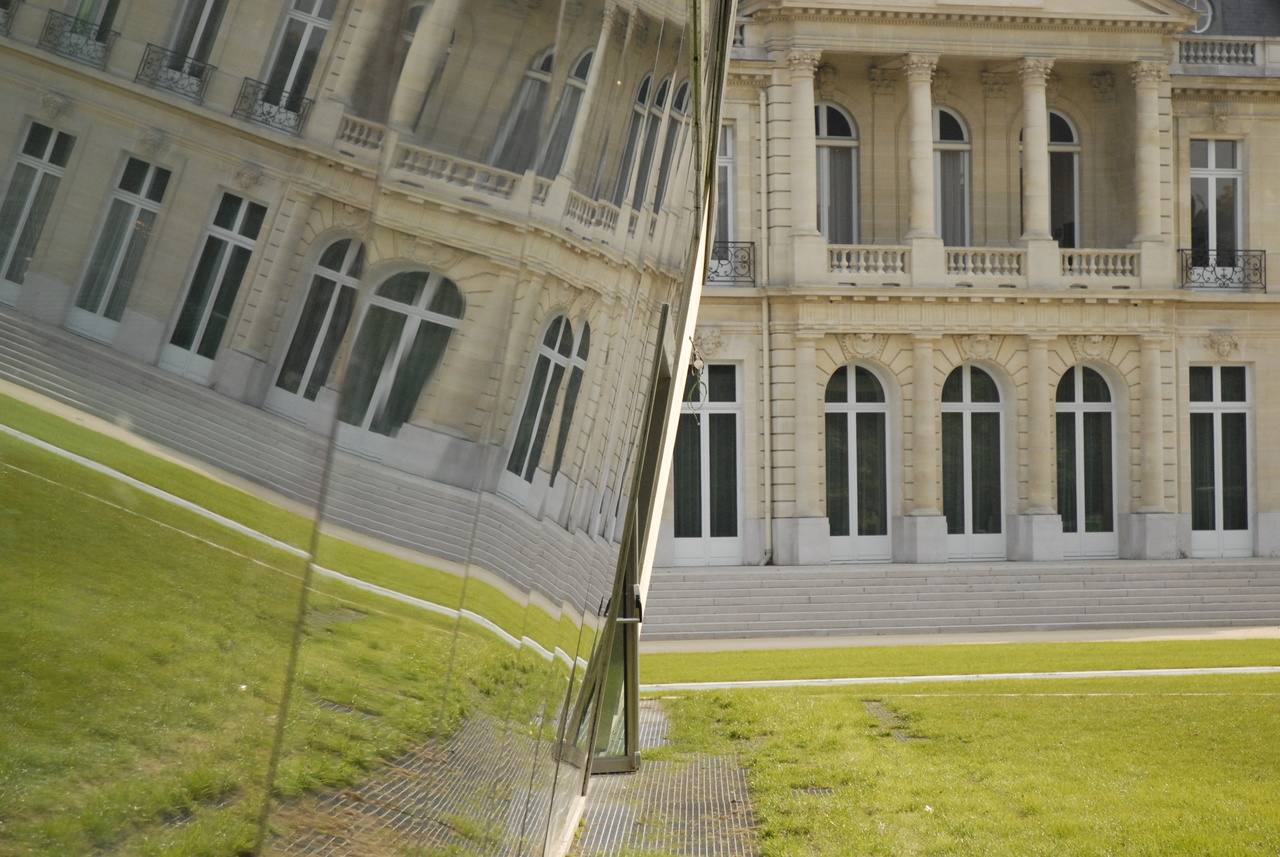 The OECD has evolved to become many things to many people since its creation in 1961. From purveyor of comparable statistics and intelligence, to policy shaper, to standard-bearer and global forum for policy dialogue and new ideas, the organisation covers the whole range of policymaking and has become a valuable asset for countries around the world, not just member countries.