The Intrinsic Value of Arctic Co-operation for Future Generations

The Arctic is an essential piece in the puzzle to understand and mitigate climate change. With the rights of future generations at stake, Alexandra Middleton highlights the need for continued scientific cooperation in the region.
Alexandra Middleton
Assistant Professor, University of Oulu
Follow
Like Liked by Bella Anis
0

The below piece is based on article initially published in Current Developments in Arctic Law (CDAL) vol.10, is part of a series in which experts and thought leaders—from around the world and all parts of society—discuss and develop solutions now and for the future. Aiming to foster the fruitful exchange of expertise and perspectives across fields to help shape Better Policies for Better Lives, opinions expressed do not necessarily represent the views of the OECD.

The Arctic regions are undergoing unprecedented changes both environmentally and socio-economically. The impact of climate change is most pronounced there. Scientists have now found that the Arctic area is warming up even faster than previously thought. Researchers reported on 11 August 2022, in Communications Earth & Environment, that over the last 40 years, the average temperature in the Arctic has risen almost four times as fast as the average temperature around the world. Previous studies have shown the average temperature in the Arctic to be rising two to three times faster than everywhere else. From a social perspective, the Arctic is experiencing demographic challenges, rapid urbanisation and the emergence of new industries. Intensification of extractive industries, increased inequality, plastic pollution, loss of biodiversity and energy insecurity are just a few of the challenges facing the Arctic. Monitoring and analysis of these trends require a large scientific base as well as coordination and cooperation between international researchers. These challenges are here today, and they are not going to disappear unless something is done.

What is at stake?

Future generations are fundamentally disempowered: they will inherit the world and society we leave behind yet have no influence on how our societies are governed.

As it stands, humanity and other species are facing an existential threat due to the climate crisis. Adverse effects of unmitigated climate change could endanger the survival of all species and permanently change the earth. Future generations do not have control over the kind of world we will leave to them, which according to the philosopher Nick Bostrom makes their representation an important moral and political priority. We have a responsibility to ensure future generations are given the opportunity to thrive. Future generations are fundamentally disempowered: they will inherit the world and society we leave behind yet have no influence on how our societies are governed. They are unable to vote and are not considered by our legal systems; the rights of future generations are compromised due to a non-existence challenge, non-identity challenge and their unactionable rights. Yet future generations, including our children and millions of future generations, are all significant.

However, it is not easy to represent generations that do not yet exist and do not have a voice. Professor Dennis Thompson in his 2010 essay Representing Future Generations: Political Presentism and Democratic Trusteeship claims that there is a tendency to neglect long-term environmental risks, and that democracy is partial towards the present. In the context of future generations, short-termism means discounting future well-being, discounting future benefits due to uncertainty and discounting the moral importance of future people.

Still, there is a hope that the interests of future generations have started to be recognised. Several countries have had initiatives to address the rights of future generations: for example, The Commission for Future Generations was established in Israel (active during 2001-2008); the Finnish Committee for the Future was established in 1993 and is still active; and the Welsh Future Generations Commissioner has been operational since 2016. Apart from the creation of national institutions for future generations, the need to address this issue at the UN level has been evident since 2012. The UN report Our Common Agenda published in 2021 looks ahead to the next 25 years and represents a vision on the future of global co-operation. It claims that addressing the risks to our planet needs to be part of every decision, every policy, every investment and every budget. It also recognises that existential risk reduction is beneficial for those alive today, and invaluable to future generations.

Arctic scientific co-operation is an indispensable part of our human activity toward reducing existential risks and cannot be neglected.

The UN declaration on Human Rights celebrated its 70th anniversary in 2018. The UN is currently working on a Declaration on Future Generations. The current draft makes a distinction between youth and future generations (the Elements Paper defined Future Generation as "all those generations that do not yet exist, are yet to come and who will eventually inherit this planet"). The draft recognises the need to identify, monitor and manage existential risks as key to ensuring that Future Generations can benefit from the full range of measures identified in the Sustainable Development Goals.

Arctic scientific co-operation is an indispensable part of our human activity toward reducing existential risks and cannot be neglected. The Arctic is an essential piece in the puzzle to understand and mitigate climate change; it is home to Arctic Indigenous Peoples already experiencing the consequences of climate change. Moreover, future generations living in the Arctic are likely to experience even graver effects of climate change.

How do we continue?

During last 30 years Arctic scientific co-operation has created both tangible and intangible assets. Tangibles are the institutes and intergovernmental fora like the Arctic Council. Intangibles are the knowledge networks, relationships and the pool of shared expertise of Arctic researchers from around the globe built on principles of trust and respect for scientific rigor. Science from and about the Arctic is used, for example, in International Panel on Climate Change reports, in negotiations on the Convention on Biological Diversity and many other initiatives that are crucial for sustainable development worldwide.

We need to ask ourselves what happens if co-operation between Arctic researchers does not continue. How can we address existential risk and safeguard the interests of future generations in the Arctic and worldwide? The scientific community should be empowered to inform, create awareness, co-operate and be engaged in science diplomacy when the future of the Arctic and the whole world is at stake, and while government-to-government co-operation is on pause. Scientific co-operation needs to continue despite political tensions.

Inspired by “Our Common Agenda”, we can adopt the same thinking for the Arctic and call it “Our Common Arctic Agenda”, in which we explicitly address future generations, existential risks and long-term thinking. Let’s engage in scenario planning: what if scientific co-operation does not continue over the longer term? Can the Arctic science community self-organise, or does it need a facilitating agent? We should consider different options for sustained Arctic co-operation between scientists. As the international scientific community, we are the holders of the intrinsic value of Arctic co-operation, and we need to act and come up with solutions to be accountable to future generations and preserve our planet.

The COVID-19 pandemic has highlighted the value of international scientific collaboration as well as the challenges that can arise when countries have divergent, economic, security and political interests. To learn about OECD work in this space, consult also the OECD Global Science Forum and read the OECD paper Integrity and security in the global research ecosystem, which describes policy initiatives and actions to safeguard national and economic security whilst protecting freedom of enquiry, promoting international research cooperation, and ensuring openness and non-discrimination. 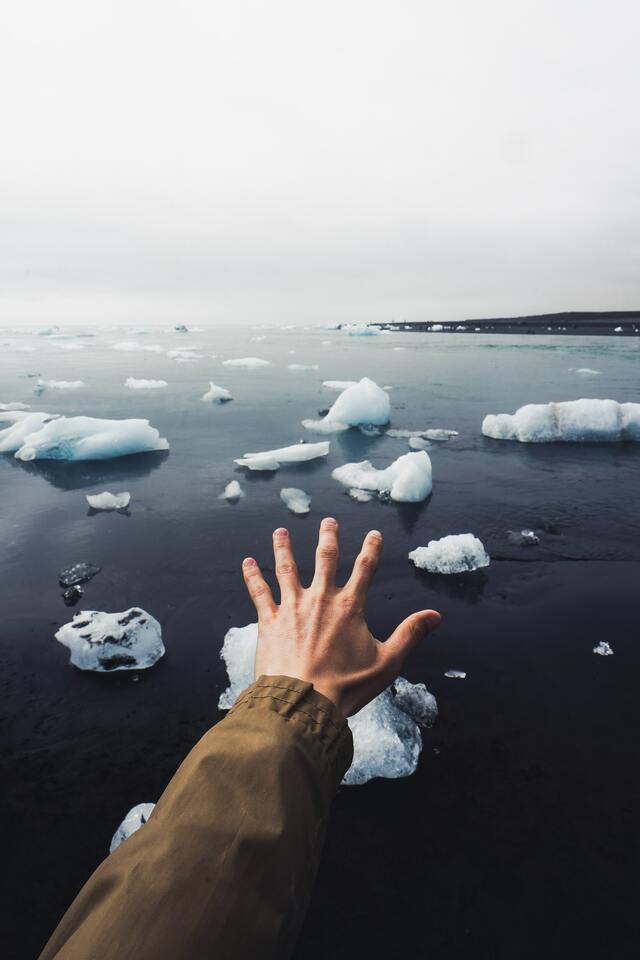