Nationalism vs Science: a pandemic of injustice and a growing gap for the “have-nots”

Back in February, I wrote this piece on the geopolitical situation on vaccine equity, and who has—and has not—had access to COVID-19 vaccines and vaccinations. What has happened in the last 8 months? World leaders have met at the G7, health leaders have met at the World Health Assembly, reports have been produced. Yet what has changed? As I update my article now, the gap between the haves and have-nots continues to grow.

As the world rolls out vaccines, the underlying global inequalities are being exacerbated, exemplified by vaccine haves and have-nots. The race against the virus and variants is still staggered in favour of the wealthy—the wealthy nations and the wealthiest people from the world’s poorest countries. Yet it is a slightly different race to the one eight months ago. Those who are lucky enough to be in wealthy countries who have completed their vaccination schedule are looking ahead to booster jabs in time for the winter. Yet still in less-developed countries, populations cannot access a single vaccine dose due to lack of supply. For many of the world’s poorest people, there are still no vaccines in the immediate future.

In March 2021, I chaired a high-level meeting facilitated by Wilton Park on Financing C19 Vaccines for Africa: A whole of Africa approach to addressing vaccine access, delivery and uptake. At that meeting, leaders from across Africa invited other key global stakeholders together to address how we would collectively achieve the ambition of everyone being safe because everyone has access to vaccines. This meeting was the first during COVID time to bring together African Ministers of Finance and Health, the African Union, ACT-Accelerator principals, multilateral development banks, donor agencies, WHO and NGOs delivering vaccines on the ground.

Key outcomes focused on what we need now and in the future, especially in relation to financing, to get vaccines both into countries and from ports to the arms of those who need them. There was a clear call for the need to share vaccines globally. Yet 8 months on, the debate of whether to boost or not to boost continues in some high-income countries.

We have seen a year of rapid progress in science, technology and vaccine production. Now that we have the vaccines, there is no excuse not to concentrate efforts on ensuring equitable access to the tools available. 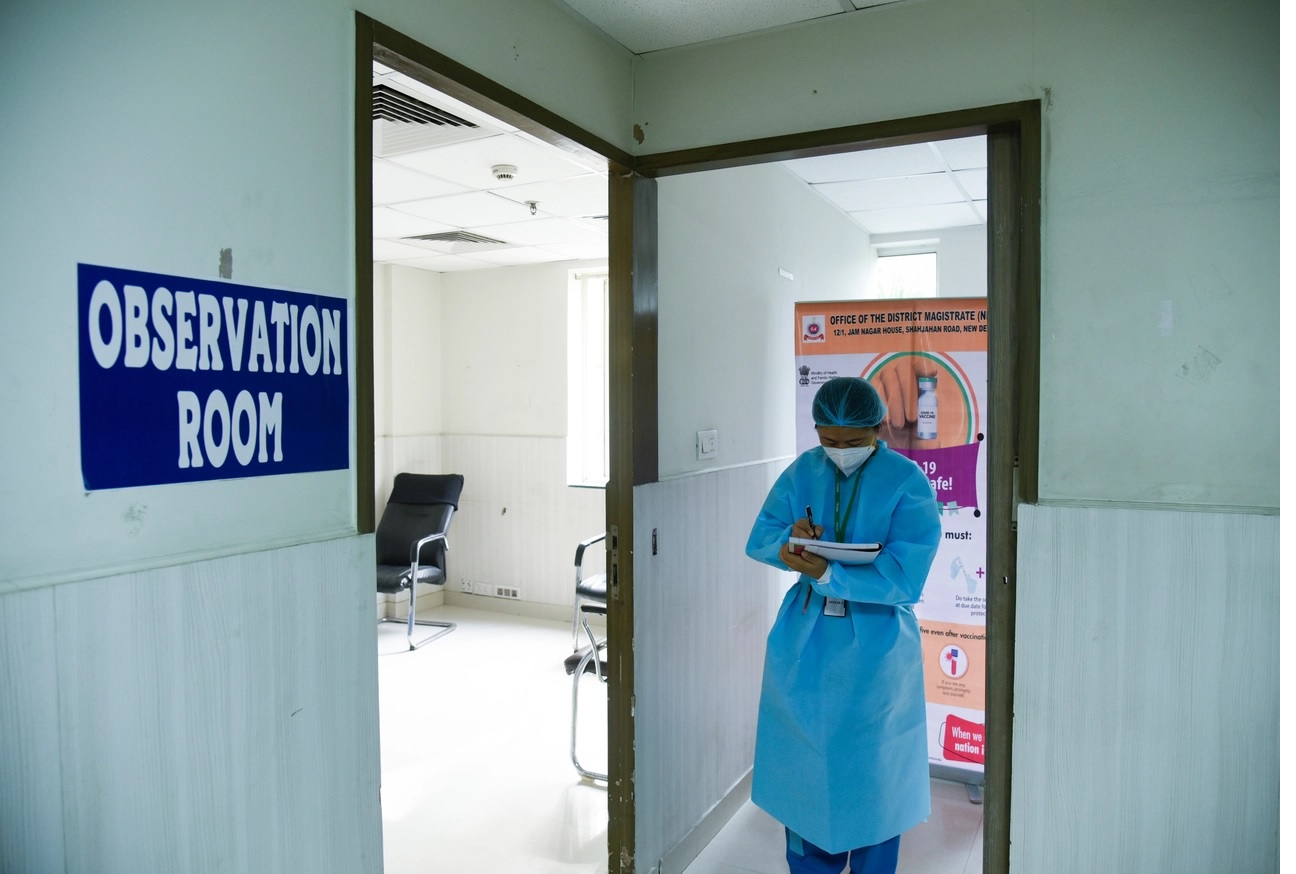 In February, there were already travel bans being put in place to separate the haves from the have-nots, with much of Sub-Saharan Africa and South America sealed off from the United Kingdom, Europe and North America as fears of the "South African" and “Brazilian” variants grew. This was a catch-22 situation, as without vaccines the virus continues to spread, replicate and mutate all over the world; now, the highly contagious and deadly Delta variant is making its way around the world, creating new waves as it travels across borders in unvaccinated “hosts”. It is the way of viruses, and enlightened self-interest alone dictates that we all work together to ensure that new variants are not re-introduced. Herd immunity is no longer considered plausible after the world lost control of this virus due to the lack of global leadership and consensus on a science-based response.

Yet, this separation continues and the gap widens. Less than 2% of people in Africa have been fully vaccinated—but vaccine apartheid means that only those with “approved vaccines from the US, UK and the EU can travel without restriction”. This is a significant blow for a number of countries (mainly in Africa and parts of Asia) that will have administered the first vaccines they could get their hands on, whether or not they were “approved”; the rationale for this policy is not clear, and does not appear to be based in science. The ripple effect and impact of such a policy is wide ranging. It damages vaccine confidence even further in countries that are struggling to secure first doses for the most vulnerable, let alone having the luxury to pick and choose certain brands.

The policy places doubts in the minds of those from affected regions as to whether they are receiving vaccines of the same quality and efficacy as those the West. It further exacerbates the gap between the haves and have-nots and bifurcates an already divided world.

At the start of the year, perhaps the most hopeful gesture of global solidarity was the emergence of the COVAX mechanism, led by WHO, GAVI and CEPI. It has sought to bridge the equity gap, yet ambitions and political reality prove to be challenging; to date, COVAX has delivered less than 10% of the promised vaccines to lower-middle income countries. One of the critical pre-requisites for COVAX to achieve its mandate and ambitious mission—to bridge the equity gap—was the requirement for countries to all contribute financially. The principle of a pooled procurement model, jointly financed through a self-funding model and aid-financed advance market commitment, would have provided purchasing power and provided a lifeline to self-financing countries. But vaccine nationalism kicked in, and bilateral deals won the day at the expense of equitable access to vaccines for the global population.

So what now? The impact of vaccine inequity and the growing gap between haves and have-nots impacts not just those who cannot access vaccines. We are a globally enmeshed world: not being able to trade across Africa or produce rice in Asia or bring in tourists to the Pacific region has implications for us all. The Economist Intelligence Unit estimates that vaccine inequality will come at a cost of approximately USD 2.3 trillion to global GDP between 2022 and 2025. At a community level, our global village is suffering from the continued inability to travel and trade across and between countries. In the past, global disruption caused by war or plague has led to a rebirth in society—often led by social movements that have taken the opportunity afforded by the upheaval to question the status quo and to change the global world order.

A new post-COVID world order is emerging, and yet we appear not to have fully embraced the lessons from post-WWII co-operation and unity to mitigate a common threat—COVID-19. The impacts on the global economy, education, health and development are far reaching, and devastating for most low and lower-middle income countries. In the wake of UNGA76, it is again time for that level of global co-operation and collaboration by those elected and appointed to protect us. This on-going global humanitarian crisis deserves it.

World leaders and heads of state must commit to collaborative processes and frameworks that will sustainability achieve solidarity and provide funding towards vaccine equity and preventing future pandemics. It is time for a “whole-of-society” approach to defeat this microbe, a multilateral effort similar to UNAIDS, one more evidence-based and less political; with greater co-operation and solidarity; that is inclusive in design and governance structures; and that encompasses all, global north and global south alike. We cannot “build back better” without a more unified world.

This article was originally published on this site 8 February 2021 and updated by the author 28 September 2021. 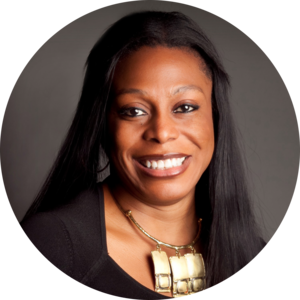 Dr. Ayoade Olatunbosun-Alakija is a member of the Africa Union's African Vaccine Delivery Alliance, a Global Advisory Board Member for WomenLift Health and Chief Strategist for CONVINCE Africa. She is the former Chief Humanitarian Coordinator (CHC) at the helm of the Nigerian Emergency Coordination Centre, she was a high-level interlocutor between state and non-state actors at governmental and intergovernmental levels. Previously, she served with the United Nations. She has also advised on achievement of the Millennium Development Goals (MDGs) and the post 2015 development agenda in the areas of health, education and life-skills in Africa (Rwanda, Kenya and Malawi to name but a few), the Caribbean and the Pacific where her input was integral to MDG achievement in certain quarters. A graduate of the London School of Hygiene and Tropical Medicine (University of London) with a Master of Science Degree in International Development and Public Health, Dr. Alakija is also a published researcher. She has collaborated as lead researcher with the World Health Organisation in the design, coordination and implementation of national health and behavioural surveys across nations.