The scope of the challenge posed by the Great Resignation begs the question: is this part of the new normal or will we soon we hit peak resignation? Banner image: Shutterstock/StreetVJ
Anthony Klotz
Associate Professor of Management, Organisations and Innovation Group, UCL School of Management
Follow
Like Liked by Mike Mansfield and 1 other
3

On 9 June last year, the US Bureau of Labor Statistics released their monthly JOLTS report, which among other things reported that the number of quits in the US was 4 million. Representing 2.8% of the overall workforce, this was the highest amount of voluntary turnover ever recorded since tracking began in 2000. Moreover, it was 15% higher than the same month in 2019, which at the time had been the highest April on record. The Great Resignation had begun. Over the ensuing 12 months, monthly quits have exceeded the 4 million mark 11 times; showing no signs of weakening, they have exceeded 4.4 million in four of the last six months, including April this year. The Great Resignation not only continues in the United States, but multiple reports indicate that this jump in worker movement—towards other jobs, careers and alternatives to traditional work—is now a global phenomenon.

A Unique and Complex Challenge…

This uptick in quitting has created a significant challenge for organisational leaders, particularly given that its drivers are numerous and do not come with simple solutions. Yes, some employees are resigning in pursuit of bigger paychecks, and rising inflation has made pay even more top-of-mind for workers. But it goes far beyond compensation.

The pandemic has caused millions of people to reflect on their lives more broadly, and to question whether their jobs are helping or hindering their pursuit of happiness and meaning.

Burnout is playing a big role, leading some to take career breaks or find jobs that better support their personal and professional well-being. And the stressors underpinning this burnout aren’t only coming from inside the workplace. Over the past two years, academics have learned a great deal about the deleterious effects that threats occurring in broader society—hate crimes, school shootings, foreign invasions—can have on employees’ mental health while at work.

In addition, the pandemic has caused millions of people to reflect on their lives more broadly, and to question whether their jobs are helping or hindering their pursuit of happiness and meaning. When they are well-designed, jobs can be a lasting source of purpose and contentment for workers. But during the past two years, many workers have experienced an awakening, realising that they were misinvesting the hours at their current jobs, and sought fulfillment elsewhere.

Finally, it is difficult to overstate the impact that the largescale switch to remote work had on how office workers experience their jobs. Humans have a fundamental need for autonomy, and thanks to working remotely, many workers had that need satisfied on-the-job for the first time in their careers. While scores of workers have enthusiastically returned to the physical office, others are choosing to leave rather than going back and surrendering the freedom that flexible work can provide.

Compounding the effects of the above causes of resignations is the reality that turnover is contagious. Having a coworker leave often makes remaining employees’ jobs less enjoyable and more demanding, leading them to ask themselves whether they should remain loyal or follow their colleagues out the door. Altogether, it is no surprise that personnel issues are the top issue on CEO’s minds right now.

…And A Grand Opportunity

The scope of the challenge posed by the Great Resignation begs the question: is this part of the new normal or will we soon we hit peak resignation? Although the forces described above will continue to drive increased resignations in the short term, there are compelling reasons that over the longer term voluntary turnover will slow down across the labor market.

The workplace of 2019 was failing too many employees when it came to personal well-being and professional development; as companies use this opportunity to implement new ways of working, employee commitment to these organisations will increase in kind.

The primary reason that resignations have the potential to be driven back to even below pre-pandemic levels is because organisational leaders have come to recognise this moment as a golden opportunity to craft a more humane world of work. When the Great Resignation began a year ago, there was still an inclination by leaders to return to the old normal, in part because CEOs and HR professionals were still in the midst of dealing with the havoc that the pandemic wreaked on their businesses. But since then, most leaders have shifted their mindsets and now view this current moment of disruption as a time to invest in employees and to experiment with new, more sustainable ways of working. The workplace of 2019 was failing too many employees when it came to personal well-being and professional development; as companies use this opportunity to implement new ways of working, employee commitment to these organisations will increase in kind.

Second, coverage and analysis of the Great Resignation has shined a light on the psychology of quitting—including the reality that in the months following their resignations, a not insignificant percentage of leavers regret doing so. This is not necessarily surprising, given that quitting one’s job is often a difficult decision that involves predicting how one will feel in a future role and setting full of unknowns. As a result, many who resigned from their jobs will likely seek to return to their former employers in the coming years as boomerang employees. Fortunately, employers are embracing more forward-thinking practices when it comes to how they treat departing employees, partly by leaving the door open to former workers returning at some point in the future. The return of these workers will be a positive thing for them and for their progressive organisations. And perhaps more importantly, within these firms, it will create a broader awareness that while quitting may be a path to a bigger paycheck, it is also one that often comes with significant tradeoffs.

Finally, it must be acknowledged that the health of the global economy affects resignations. Although employees sometimes quit without a new job lined up or purely as a result of dissatisfaction with their current role, in most cases at least part of the decision to leave is driven by the pull of an alternative to one’s current job. When such alternatives are bountiful, resignations follow. Given the current stress on the global economy and the beginnings of layoffs announcements not seen over the past year, there are signs that the red-hot labour market is cooling. For employees who are considering leaving their current job, alternate opportunities may not be as plentiful or appealing as they have been over the past year. If this happens, it could lead to an employee engagement crisis, wherein many employees would like to leave their jobs due to the forces described earlier, but cannot do so due to poor labour market conditions.

The events of the past two years have been challenging, but they also provided leaders with access to tools from the future of work for their use in the present. Rather than high levels of commitment between workers and organisations being a thing of the past, as companies invest in employees and experiment with new ways of working using these tools, the Great Resignation will give way to a more stable and sustainable world of work.

The OECD Employment and Labour Ministerial Meeting, “Moving beyond the COVID-19 crisis to a better labour market that works for all”, is taking place on 7 June 2022. Learn more and watch the Ministerial Panel!

Anthony C. Klotz is an Associate Professor of Management in the Organisations and Innovation Group at UCL School of Management. Stemming from his research on resignations, Anthony predicted a major pandemic-related labor shift and coined it the "Great Resignation" in May of 2021. In addition to being published in top management journals, he has also written for the Harvard Business Review, MIT Sloan Management Review, and The Wall Street Journal.

We also have much talk of 'quiet quitting', employees essentially sitting back in their jobs and working to contract or less. In some ways this is more insidious that actually resigning: the employees are still there on the payroll but their contribution is significantly reduced. The Chinese have a great phrase for it: 'touching fish'.

One other thing that's driving me crazy - does anyone have an actual citation for Anthony's original creation of the 'Great Resignation' idea? I believe it dates from May 2021 but I cannot nail this down to one publication item. Help please anyone? Thank You in anticipation!

I agree with your insights about quiet quitting.

It's behind a paywall, but here's the original mention:

Quit Your Job: How to Resign After Covid Pandemic - Bloomberg

Many thanks Anthony! Much appreciated. 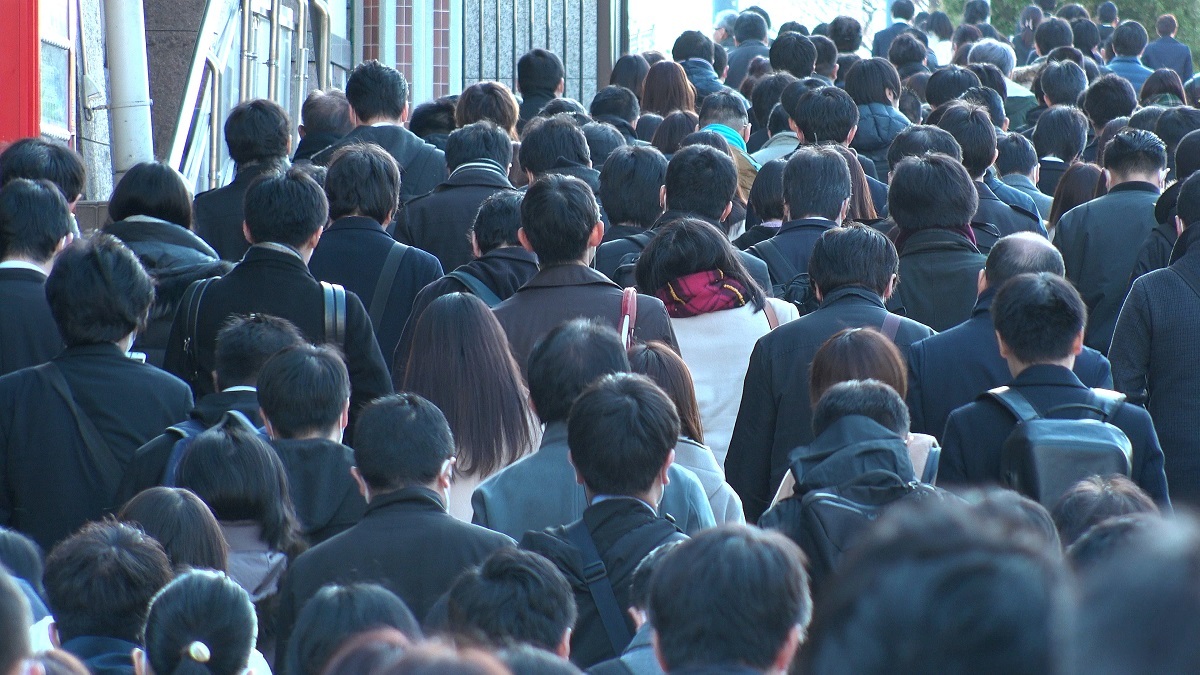 The scope of the challenge posed by the Great Resignation begs the question: is this part of the new normal or will we soon we hit peak resignation?