The Gendered Brain: The new neuroscience that shatters the myth of the female brain by Gina Rippon

On a daily basis we face deeply ingrained beliefs that our sex determines our skills and preferences. But what does this mean for our thoughts, decisions and behaviour? Banner image: Shutterstock/r.classen
Georgina Rippon
Author, The Gendered Brain; Professor Emeritus of Cognitive Neuroimaging, Aston Brain Centre, Aston University
Follow
Like Liked by André F VIEIRA and 1 other
0

Adapted from The Gendered Brain: The new neuroscience that shatters the myth of the female brain by Gina Rippon. Copyright (c) 2020. Used with permission of the publisher, Penguin Random House. All rights reserved.

My book The Gendered Brain is about an idea that has its roots in the eighteenth century and still persists today. Our fantastic plastic brains are plunged into a gendered world, a world that has for hundreds of years treated the sexes differently. We may have moved on from the days of the two-headed gorilla, but even in the twenty-first century we can still find evidence of a world constructed to offer different opportunities to males and to females, based on long-standing stereotypes of differences in abilities, temperaments and preferences. From the moment of birth (and even before) our rule-hungry brains are confronted with the different expectations of families, teachers, employers, the media and, eventually, ourselves. Even with the emergence of amazing brain imaging technology and evidence of diminishing and disappearing differences, men and women are still being sold the concept of the male brain and the female brain, which will determine what they can and can’t do, what they will and won’t achieve. All washed down with a hefty dose of neurononsense.

But brain scientists can move and are moving the debate forward. The question of sex differences in the brain is being challenged. If there are sex differences, where do they come from? And what do they mean for the brain’s owner? Our brains are rule-seeking systems, generating predictions based on the world in which they are functioning in order to guide us through that world. So, in order to understand how different brains arrive at different destinations (because they do), we need to be much more aware of exactly what social rules (right or wrong) are out there to be absorbed. An emerging understanding of the life-long plasticity of the brain means we also have to factor in what kind of brain-changing experiences our brains will encounter en route.

It is clear that understanding the social brain could offer us a hugely effective lens to investigate how a gendered world can produce a gendered brain.

Brain plasticity is not just about taxi driving and juggling (intriguing as the insights these provide really are) but about the impact that attitudes and beliefs can have on our flexible brains. Understanding our brains as deep-learning systems means we can see how, just like Microsoft’s unfortunate chatbot, Tay, a biased world will produce a biased brain. We need to register the gendered bombardment that is coming from social and cultural media, as well as from family, friends, employers, teachers (and ourselves), and understand the very real impact it is having on our brains. Developmental cognitive neuroscience is showing us just how sophisticated babies and their brains are. We used to think of them rather sneerily as merely ‘reactive’ and ‘subcortical’ beings. But from day one (and possibly even before) these tiny social sponges, fully equipped with ‘cortical start-up kits’, are getting themselves embedded into their social networks, and searching out the rules of social engagement in their world. So we need to be on the alert as to just what they might be encountering out there.

We are just starting to realise that we have a second ‘window of opportunity’ to watch the construction and deconstruction of brain networks and the (eventual) emergence of an adult social being. Adolescence marks a period of dynamic reorganisation in brain networks, a ‘system-level rewiring’ which sees a shift from local, within-system connections to more widespread global connections between different parts of the brain. These changes are almost as dramatic as those we have been tracking in baby brains. As adolescents are (generally) a more accessible and compliant cohort than newborn babies, there is a possibility that neuroscientists will be able to track these changes in brain organisation alongside accompanying changes in behaviour.

You don’t have to be a neuroscientist to know that adolescents have difficulty with emotion regulation and impulse inhibition, as well as appearing to be inordinately susceptible to peer pressure and social rejection. All of these processes, as we know, are core features of the activities of the social brain, and can be modelled for investigation in the scanner. As an understanding of the activities of the social brain appears to be at the core of understanding how a brain interacts with its world, of how an emerging sense of self can be reflected in both brain and behaviour, then a focus on these processes in adolescence could bring insights into how, for example, social rules and influential others can determine cortical processes.

Social cognitive neuroscience is putting the self centre stage, making us realise that the construction of ourselves as social beings is perhaps the most powerful triumph of the brain’s evolution. It is clear that understanding the social brain could offer us a hugely effective lens to investigate how a gendered world can produce a gendered brain, how gender stereotypes are a very real brain-based threat that can divert brains from the endpoint they deserve. Understanding the importance of self-esteem and processes such as self-silencing will give us a much better handle on the brain bases of gender gaps and underachievement. If we know how an ‘inner limiter’ is constructed we have a better chance of recalibrating it to be a useful component of our social brain.

Now that we know that explanations for all kinds of gender gaps are a tangle of brain-based and world-based processes, we must realise that solving the problem will involve untangling each of the threads to see if we can come up with a better version.

But there are still problems to solve. Gender gaps still abound; attempts to address the lack of women in science and technology have had limited success, resulting in a waste of badly needed human capital; the greater incidence of depression and social anxiety and eating disorders in women can be a waste of human life. Another strand of concern is the possibility, probability even, that stereotypes may serve as some kind of biosocial straitjackets, a form of ‘brainbinding’. Advances in evolutionary theory could have much significance on our thinking about the limiting characteristics of stereotypes. An oft-repeated claim is that gender gaps reflect firmly rooted, genetically determined differences which hold fast in the face of well-meaning but ultimately fruitless attempts to level the playing field. But maybe social and cultural factors have a much greater role to play in what look like biologically fixed differences. Maybe these differences appear fixed because they reflect the determinedly stratified requirements of that environment. Perhaps the source of stability (or lack of change depending on your viewpoint) comes from a ‘fixed environment’. The long, intensive socialisation that human infants experience is full of emphasis on differences between the sexes, via stereotypical toys, clothing, names, expectations and role models. And as we know, our brains will reflect this input. Stereotypes could be straitjacketing our flexible, plastic brains. So, yes, challenging them does matter. Bias in, bias out. Let’s finish by recalling Tay, the deep-learning system chatbot which was enthusiastically launched into the Twittersphere to see if she could learn some ‘casual and playful conversation’ by interacting with Twitter users. Tay went from tweeting about how ‘humans are supercool’ to becoming a ‘sexist, racist asshole’ within sixteen hours. The world of straitjacketing stereotypes that our brains are exposed to can have the same effect. ‘I’m better than this,’ tweeted poor Tay before they closed her down. And the same is true of our brains.

Find out more about The Gendered Brain: The new neuroscience that shatters the myth of the female brain by Gina Rippon (Published February 2020, © Penguin Random House)

Gina Rippon is Professor Emeritus of Cognitive Neuroimaging at the Aston Brain Centre in the United Kingdom, using brain imaging techniques to investigate developmental disorders such as autism. Her work also work challenges the myth that gender gaps are linked to ‘essential’ differences between female and male brains. She is an outspoken critic of "neurotrash", the populist (mis)use of neuroscience research to (mis)represent our understanding of the brain and to prop up outdated stereotypes. Her book on this topic, ‘The Gendered Brain’, was published in 2019. 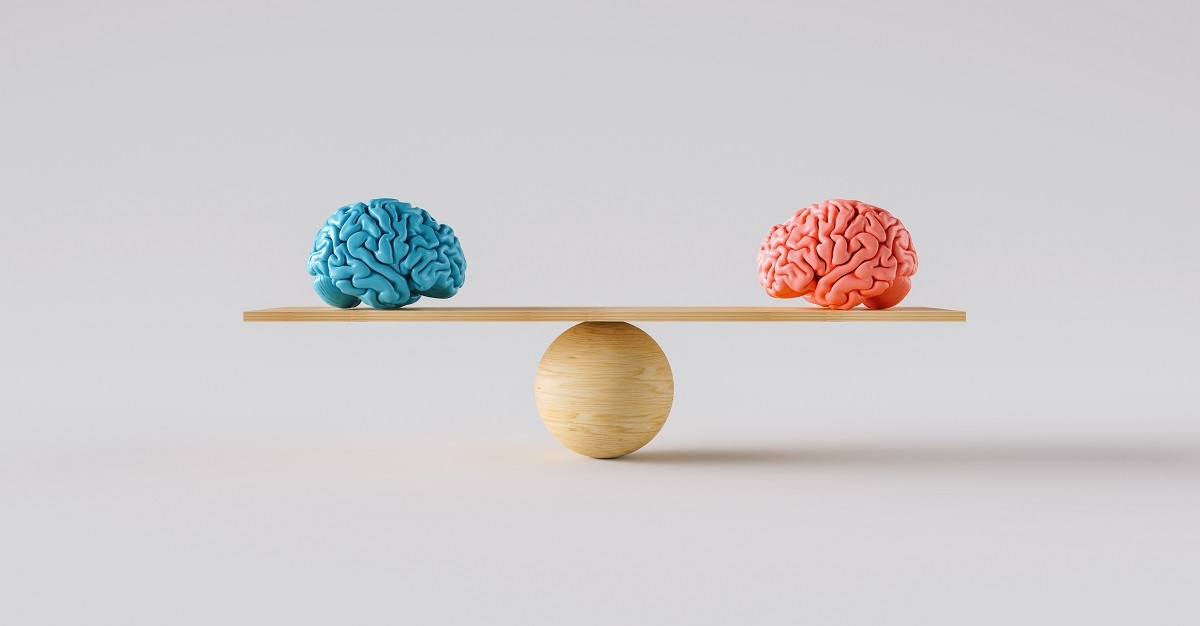 The Gendered Brain by