How can workers in the gig economy be better protected against severe shocks and adverse working conditions? Banner Image: Shutterstock/Nelson Antoine
Mark Graham & Tatiana López
Director & Research Fellow, Fairwork
Follow
Like Be the first to like this
0

The global gig economy has skyrocketed in the past 10 years raising hopes for creating new income opportunities, especially for workers in the Global South. Across the world, a broad range of services—from ride-hailing, delivery and domestic services to design, programming, transcription or data processing—are today mediated by a growing number of digital labour platforms that link consumers and individual service-providing workers. Whereas in 2010 there were about 140 digital labour platforms, in 2020 this number had quadrupled with more than 777 active platforms. The sector that has experienced the steepest growth by far is the delivery sector, which expanded from 46 platforms in 2010 to more than 380 platform in 2020.

One of the gig workers labouring on a digital delivery platform is Vinod, who hails from a small town in the South Indian state of Karnataka and migrated to the city of Bengaluru in search for work. While working as a salesman, he learned of a food delivery app called Swiggy that promised monthly income opportunities of up to INR 50,000 (around USD 660) for drivers—four times his salesman’s salary. Lured by this prospect, Vinod took out a loan to buy a motorbike and started working for Swiggy. He enjoyed the job at first; but, to earn between INR 40,000 and INR 50,000 per month he had to work from 7 am until 10 pm every day. Vinod’s luck ended abruptly when India went into lockdown in March 2020: most restaurants had to shut down and the food delivery sector went into a slump. As opposed to formally employed workers who received 50% of their salaries from employers during the lockdown period, he and his colleagues—being self-employed—received nothing when no work was available. To sustain himself, Vinod went to stay with his family in his native village. When he returned to work for Swiggy in Bengaluru after the lockdown, the number of delivery drivers had increased but fewer jobs were available; now he often has to drive to distant parts of the city for delivery jobs. With the overall decline in jobs and rising costs for petrol and vehicle repairs, Vinod now struggles to make a living.

Listen to the Fairwork Podcast episode India, discussing the difficulties for gig workers

Vinod’s story is a vivid example of the daily struggles of gig workers across the world. While the rise of digital labour platforms has created new income opportunities for workers in many countries, the gig economy is often precarious and characterised by high insecurity, low wages and hazardous working conditions. Though not inherent to the gig economy, precarious labour conditions are instead actively created by platform companies through their business strategies and labour practices. Hence, as much as platforms are able to create exploitative labour relations, equally they can provide their workers with secure employment, decent wages and good conditions. Across continents, an (albeit still small) number of digital labour platforms are setting examples of how digital platform work can be organised in fair ways: these platforms have active policies and practices in place to ensure that workers on their platforms earn at least the local minimum wage, or even a living wage after deduction of costs. Moreover, these platforms actively mitigate health risks for worker by providing relevant work gear and safety equipment. Some platforms also offer their workers employment contracts, thereby proving that gig work and regular employment, which offers workers paid sick leave and social and health insurance, are not mutually exclusive.

Read the OECD policy note What have platforms done to protect workers during the coronavirus (COVID 19) crisis?

In face of these differences in the working conditions on gig work platforms, the Fairwork project has set out to highlight the best and the worst labour practices in the gig economy. Based at the University of Oxford and the Berlin Social Science Center, and with a network of local research teams in 26 countries, we evaluate digital labour platforms against five criteria of fair work: pay, conditions, contracts, management, and representation. We produce rating tables for different countries and sectors that—despite some positive examples—highlight there is still a great need to improve working conditions in the gig economy. Out of the 74 labour platforms evaluated so far by Fairwork, 50 platforms score less than 5 out of 10 points, meaning that they fail to ensure basic labour rights for workers.

In face of this evidence, active interventions by workers, policy-makers, researchers and consumers are needed to push platforms to provide fair conditions for their workers. To this end, Fairwork has created the Fairwork Pledge campaign: by joining pledge, organisations such as companies, universities, public administrations or NGOs can contribute to fairer work in the gig economy by integrating Fairwork principles and ratings into their practices and activities. Universities and companies, for example, can send out an important signal to platforms by committing to selecting platforms with a better Fairwork score when contracting services via digital labour platforms. Similarly, public administration can commit to favouring better-scoring platforms when awarding public contracts or subsidies. With the gig economy expected to grow further in the near future, such interventions can help to prevent a race-to-the-bottom competition model and instead provide incentives for platforms to build competitive advantages through ensuring fair working conditions.

Read the OECD report The Future of Social Protection: What Works for Non-standard Workers?

Mark Graham is the Director of the Fairwork Foundation. He is also the Professor of Internet Geography at the Oxford Internet Institute, a Faculty Fellow at the Alan Turing Institute, a Senior Research Fellow at Green Templeton College, a Research Affiliate in the University of Oxford’s School of Geography and the Environment, a Research Associate at the Centre for Information Technology and National Development in Africa at the University of Cape Town, and a Visiting Researcher at Wissenschaftszentrum Berlin für Sozialforschung and Technische Universität Berlin.

Mark is an economic geographer with an interest in how digital technologies and digitally-mediated practices affect economic and social inequalities. His research focuses on economic development, labour, power, participation, and representation. His recent books include The Gig Economy, Society and the Internet, and Digital Economies at Global Margins. Here you can find a full list of Marks publications.

Tatiana López is a research fellow for the Fairwork Secretariat at the Berlin Social Science Centre (WZB).

Her areas of expertise include Labour Geography, Global Value Chain Analysis and Labour Process Theory. Prior research has focused on digitalization, labour processes and transnational organizing in the global garment value chain with a regional focus on Germany and India. 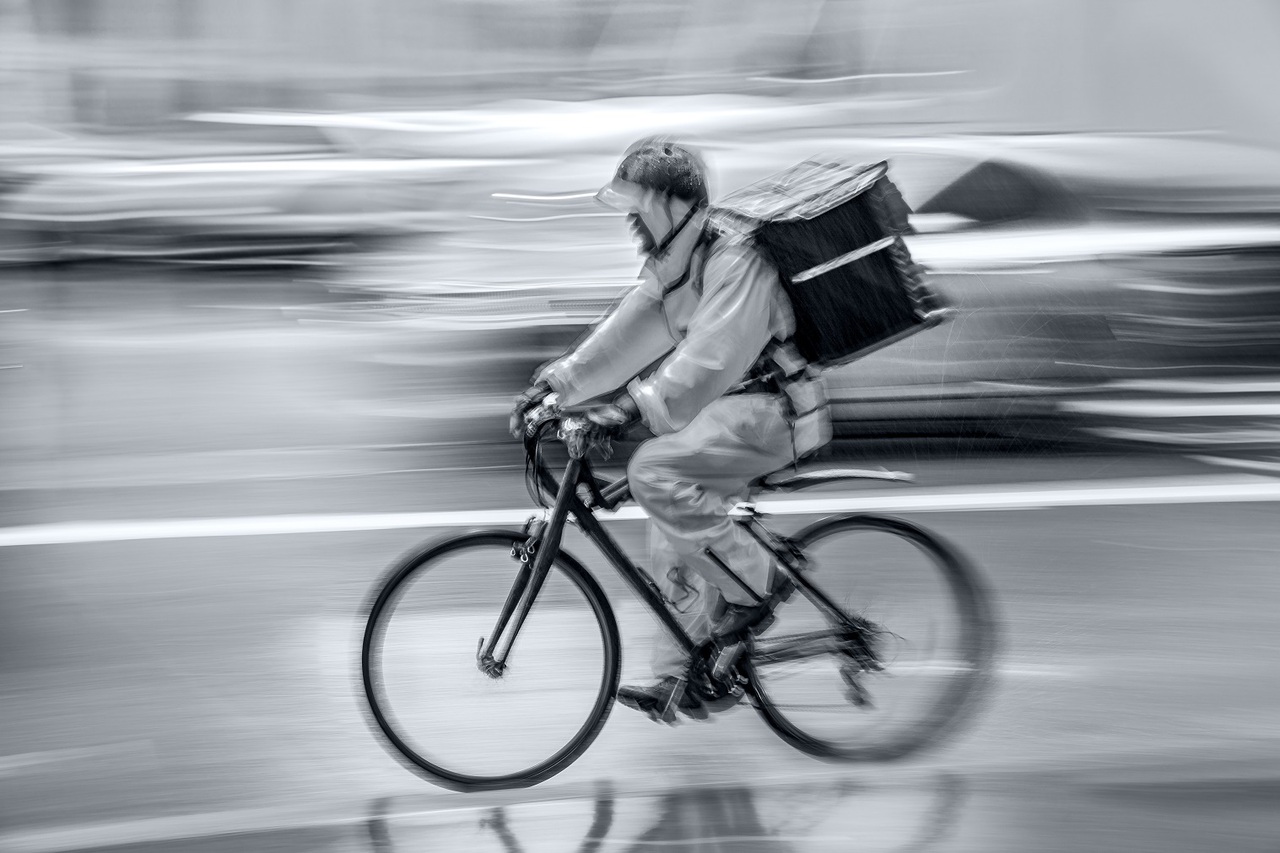 How can workers in the gig economy be better protected against severe shocks and adverse working conditions?