Europe has always been a dream. Not in the sense of a mirage but in the projected hope for a better future. And today we need that dream more then ever before. Banner image: Shutterstock/Angyalosi Beata
Erika Widegren
Chief Executive, Reimagine Europa
Follow

Europe has always been a dream. Not in the sense of a mirage, but in the projected hope for a better future: a dream for peace; a dream for economic prosperity; a dream oriented towards the future. And today we need that dream more then ever before. But what is the dream in 2022? Listening more closely to the voices of concern and discontent we might just find the answer.

On the 9 May 1950, French foreign minister Robert Schuman presented the proposal for what has today become the European Union. In order to guarantee peace, it was a concrete project to create a European Coal and Steel Community that said "world peace cannot be safeguarded without the making of creative efforts proportionate to the dangers which threaten it".

Today, on Europe day, we need to remember the words of Robert Schuman and his call for “creative efforts” and reimagine the European dream.

Today, in 2022, we have different challenges. The multiple crises that have scarred society—starting from the financial crisis in 2008, followed by a global pandemic and with the geopolitical crisis in Ukraine being the latest—have left people unsure about the future and angry about what they see happening around them. An anger that is translated into protest movements across the globe, from the “gilets jaunes” in France to the “Free Pass Movement” in Brazil, and that is changing voting patterns towards non-traditional parties.

The recent presidential elections in France brought this issue to the fore, creating great concern across Europe for the broader ramification of these trends. What will happen in 2024, during the next European elections?

Today, on Europe day, we need to remember the words of Robert Schuman and his call for “creative efforts” and reimagine the European dream. Recent Eurobarometer surveys clearly show that European citizens wants Europe to do more. For instance, 77% of respondents are in favour of a common defence and security policy. Citizens are frustrated that the European values of solidarity, freedom and equality are not translated into more concrete proposals. So what is it that people want? And what could be a creative and concrete solution to make this happen?

If we pause and listen to what people are really saying, perhaps the outlines of what the dream of Europe in 2022 can be seen. The great philosopher of language Ludwig Wittgenstein once said that “language disguises thought”; but if we look closely enough—if we look beyond the words and see the narratives, feelings and values—we can also see what it is people dream of.

Today we live in a very different world than just two decades ago. A world where inequality is growing for more than 70% of the global population and where we have created an economy where the winner takes all. According to the World Inequality Report, the poorest half of the population owns barely anything at all, with 2% of the total wealth, while the richest 10% own 76% of all wealth today. A recent Oxfam report shows that while the world pumped trillions of dollars into the financial markets to save the economy during the pandemic, five trillion has trickled up to line the pockets of the richest people on earth. Trickle-down economics have been replaced by trickle-up economics.

The effects of this new form of economy are devastating for the majority of people, fragmenting societies across the globe. Countless studies show the destructive effect of inequality on the well-being of societies. This is the biggest challenge of our time!

And Europe is in a unique place to act. European values have always promoted a different world view and the European economic model, based on strong social security, needs to be strengthened and rethought for the 21st century. In fact, although inequality is growing also in Europe, it is the least unequal area in the world. We need a new social contract, and this should be the dream for Europe in 2022.

How can this be achieved? In a highly mobile, digital and global world, how can we change the trends of the trickle-up economy? This is where we need to think creatively and develop very concrete propositions. For instance, could the response be a new fiscal system that is adapted for the world we live in today?

Today, individuals, organisations and even nations operate as actors in much more complex networks. While new technologies have transformed the way we interact and communicate, our governance structures are still based on the local, national and sometimes regional institutions developed—for the most part—nearly one hundred years ago and for a very different world.

The taxation system is central in shaping the whole economy, and is key in issues as different as employment, investment and research. If we look closely at the concerns of citizens today—unfairness; growing unemployment; climate change and sustainable economic systems; supporting our welfare system—we see that all these issues can be addressed by reimagining the tax code.

It is important to remember that most fiscal systems in Europe today were created before World War I, when the economy looked very different and national governments had the sovereignty to define and impose their perspectives. That same tax code, later reformed but structurally remaining the same, today creates an environment that is undeniably unfair.

As we did 72 years ago, we need to believe in a dream of a better future. We need to hope that if we act collectively and creatively, it is possible to overcome the challenges we face and create a brighter future for our children. This is the dream for Europe in 2022. This is what Europe has always been.

Remembering the words of Valery Giscard d’Estaing: “[Europe] belongs to you. For it to be successful, you must cast aside negative ideas—political bias, personal ego and the fear of change to name but a few—and, relying on the foundations of our history, believe in the sincere hope of building one of the great civilizations of the 21st century”.

Erika Widegren is Chief Executive of Re-Imagine Europa (RIE). She has been working in the field of connecting science, society and policy for over a decade. She is fellow at PlusValue, a UK-based European company focusing on social innovation. She is also a board member of Citizen Communication Platform, a Swedish project to promote stronger communication with citizens, and member of the committee supporting the work of Luc Van den Brande, Special Adviser to President Jean-Claude Juncker, for the Report on the “Outreach towards Citizen” Strategy.

Until September 2016, she was Chairman of the Advisory Board of REIsearch, an innovative non-profit European platform co-funded by the European Commission to demonstrate how a simple technological tool, coupled to a broad network of leading media, research institutions, researchers, civil society organisations, and citizens, can help policy makers to make better use of all knowledge and experience – wherever it may come from – to make better decisions, based on evidence and experience, for the benefit of society as a whole.

From 2010 to 2015 she was the Executive Director of Atomium – European Institute for Science, Media and Democracy working on issues like Science in Society, Responsible Research and Innovation, Digital Science, Evidence-based Policy Making and Citizen Engagement. 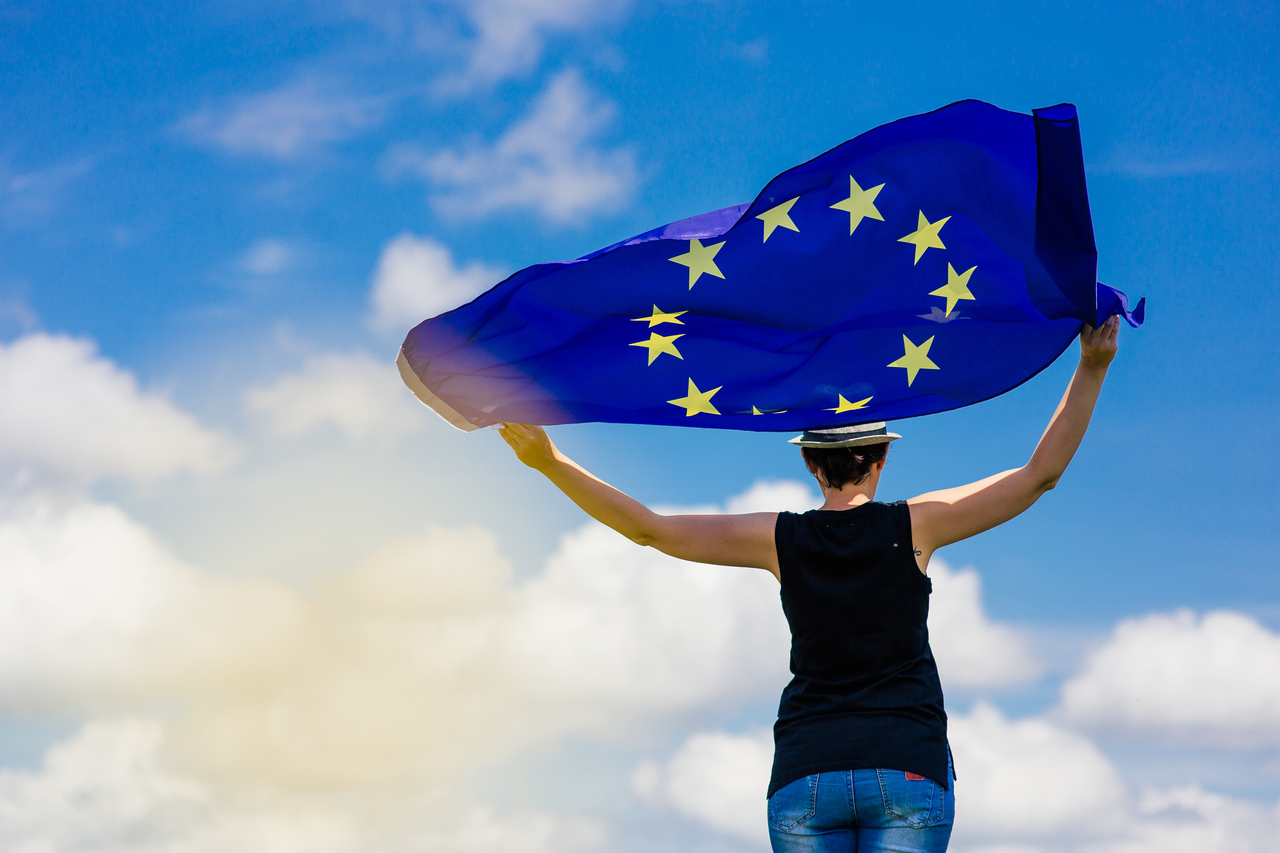 Europe has always been a dream. Not in the sense of a mirage but in the projected hope for a better future. And today we need that dream more then ever before. Banner image: Shutterstock/Angyalosi Beata