Technology is transforming the economy in fundamental ways that are often unrecognized. But for all the talk of disruptive innovation, start-ups have become less likely to displace dominant industry leaders because the new technology has become much more proprietary, explains James Bessen, author of The New Goliaths. // Banner image: Shutterstock/Peshkova
James Bessen
Author, The New Goliaths; Executive Director, Technology & Policy Research Initiative, Boston University
Follow
Like Liked by Ernesto Bonilla Sequeira and 1 other
0

The Forum Network is a space for experts and thought leaders—from around the world and all parts of society— to discuss and develop solutions now and for the future. It aims to foster the fruitful exchange of expertise and perspectives across fields, and opinions expressed do not necessarily represent the views of the OECD.

Silicon Valley is pulling back. Meta is laying off 11,000; Amazon, 10,000. Has technology “hit a wall?” No. It’s a mistake to confuse hiccups at a few Big Tech firms with overall technology developments. In fact, overall employment in tech occupations in the United States is up 680,000 over a year ago, a powerful and unabated trend. Indeed, technology is transforming the economy in fundamental ways that are often unrecognized. Large firms across many industries are hiring to build a new generation of systems to meet heterogeneous customer needs. These systems have made leading firms more dominant in their markets, suppressing the risk of disruption and slowing the growth of innovative rivals. And these changes have also contributed to the slowdown in productivity growth, to increased social division, and to an increasing inability of government to regulate major firms. Rather than hitting a wall, technology continues to powerfully alter our economy.

To understand what is happening, it is helpful to understand how the economy and technology have interacted in the past. For the last 200 years, technology, private enterprise, and government have achieved a balance that brought about an unprecedented growth in living standards. Yet this system changed over time, periodically adapting to major waves of new technologies. Beginning in the late 18th century, mechanisation in textiles, light manufacturing, and agriculture shook things up. Beginning in the late 19th century, mass production in steel, automobiles, petroleum refining, and many other sectors brought economies of scale that lowered prices, but also threw up new challenges to social institutions. Mass production brought the first really large firms, hierarchical business organisations staffed by middle managers, and a flood of goods produced at low prices. But also, in reaction to the perceived abuses of these newly powerful corporations, it brought the industrial labour movement and expanded government regulation of industry.

While mass production brought great wealth, it had limits. For instance, producing high volume at low prices required a high degree of standardization. In the US, manufacturers like Ford produced limited numbers of models; retailers like A&P sold standardized product selections in thousands of stores. Inevitably, this meant that many consumers were not well-served.

The investment shift is huge. In the United States, firms are now investing a quarter of a trillion dollars a year in software development alone.

But a new paradigm is doing much better today. Large firms, organized in new ways, use complex software systems and large amounts of data to better meet consumers’ varied and often changing needs. In the United States, Walmart systems manage over 100,000 items per store—far more than traditional department stores, they adjust inventory to respond quickly to changing consumer demand, and they use advanced logistics to get these items to the stores quickly and efficiently. Amazon, of course, handles an order of magnitude greater selection. Big banks use extensive consumer transaction data to tailor offers of credit card and home equity lines to individual borrowers and to target the marketing to them. And Google and Facebook provide data-driven targeting of Internet advertising. Automobiles and airplanes are now built on large software systems that provide unprecedented features and functions, including many subtle changes in performance. And so on for insurance companies, pharmacy benefit managers, and even waste disposal companies.

While Big Tech firms are some of the leaders in these new systems, firms are making these investments in most major sectors of the economy. And the investment shift is huge. In the United States, firms are now investing a quarter of a trillion dollars a year in software development alone.

Moreover, these investments pay off. Across sectors, these top firms within each industry have increased their market shares. Their dominance has also become more persistent, that is, leading firms today are far less likely to be “disrupted”—the probability that a firm that is ranked in the top four of its industry by sales will be knocked out of the top four is only half of what it was 20 years ago in the United States (see figure). For all the talk of disruptive innovation, innovative startups are now less likely to displace industry leaders. The fact is startups grow more slowly today. It takes startups longer to raise funds and longer to be acquired or to go public. Researchers at the US Census have identified slower growth of young productive firms as a major contributor to slowing productivity growth.

Today, the new technology is much more proprietary, creating a growing gap between the productivity of the leading firms and the rest.

A prominent reason that small productive firms are not growing as quickly is that they lack access to the same technology used by the dominant firms. This marks a sharp difference from the past where major new technologies “diffused” so that broad sectors of the economy could benefit from them. For instance, General Motors introduced the automatic transmission and within ten years, all the major car companies had automatic transmissions. Some firms licensed patents from GM while others developed alternative designs using shared knowledge. Today, however, the new technology is much more proprietary, creating a growing gap between the productivity of the leading firms and the rest.

This lack of access limits the growth of new firms, but it also affects workers. These systems require workers in a variety of occupations (not just STEM) to perform new tasks in different ways. For example, in Walmart’s system, purchase decisions are no longer just made by centralized buyers but also by store managers who must now have skills to analyze data trends. Many of these skills must be learned on the job because they are unique hybrid skills that depend on the systems. On the one hand this means that it is hard to hire workers who already have the needed skills. As a result, employers complain about a “skills gap.” But it also means that workers cannot easily acquire the skills that pay well. A major source of growing wage inequality is rising differences in pay of workers across different firms—those firms with the technology pay substantially more for comparable jobs.

And these large, complex software-based systems are hard to regulate and control, posing problems for both government regulators and corporate managers. Volkswagen’s software allowed it to cheat at diesel emissions tests for years. And in the subprime mortgage market in the US, neither government nor banks could manage the repercussions of complex software systems.

Where will this go?

Although some individual tech firms will face decline in coming years, these basic trends will continue. Indeed, machine learning “AI” technologies tend to reinforce the advantage of large firms with Big Data.

However, some important developments may alter the impact of these systems. Some dominant firms have chosen to open up their platforms to the public for a fee. Amazon developed an internal IT platform to handle its large commercial website. But Amazon chose to “unbundle” their technology, creating AWS, the first cloud service, and launching the cloud industry. By providing access to advanced technology, the cloud has promoted the growth of productive startups and opened opportunities for diverse workers to gain new skills. Of course, AWS has been immensely profitable, so it is not surprising that other firms are opening up their internal platforms.

And government regulators have introduced new regulations in the European Union and United States for Big Tech platforms. Unfortunately, these rules have focused very narrowly on social media and e-commerce platforms, missing the broader changes affecting most other industries.

We will adapt to this new techno-economic paradigm, but, if history is any guide, it may take decades and some significant experimentation.

James Bessen
Author, The New Goliaths; Executive Director, Technology & Policy Research Initiative, Boston University
Follow
James Bessen, an economist and technologist, serves as Executive Director of the Technology & Policy Research Initiative at Boston University. He has also been a successful innovator and CEO of a software company. Bessen studies the major economic impacts of technology on society (see New York Times profile), writing academic papers, magazine articles, and books. His latest book, The New Goliaths (Yale 2022), argues that major firms’ investments in proprietary software systems have allowed them to increase their dominance of industries, slowing aggregate innovation and raising income inequality. Earlier work with Michael Meurer on patents identified the social costs of poorly defined property rights (see Patent Failure, Princeton 2008), including the first evidence of damage from patent trolls. Bessen’s work on automation (see Learning by Doing, Yale 2015), both historical and current, provides a distinct analysis of effects on employment, skills, and wage inequality. Bessen’s work has been widely cited in the press as well as by the US White House and Supreme Court, the European Parliament, and the Federal Trade Commission. 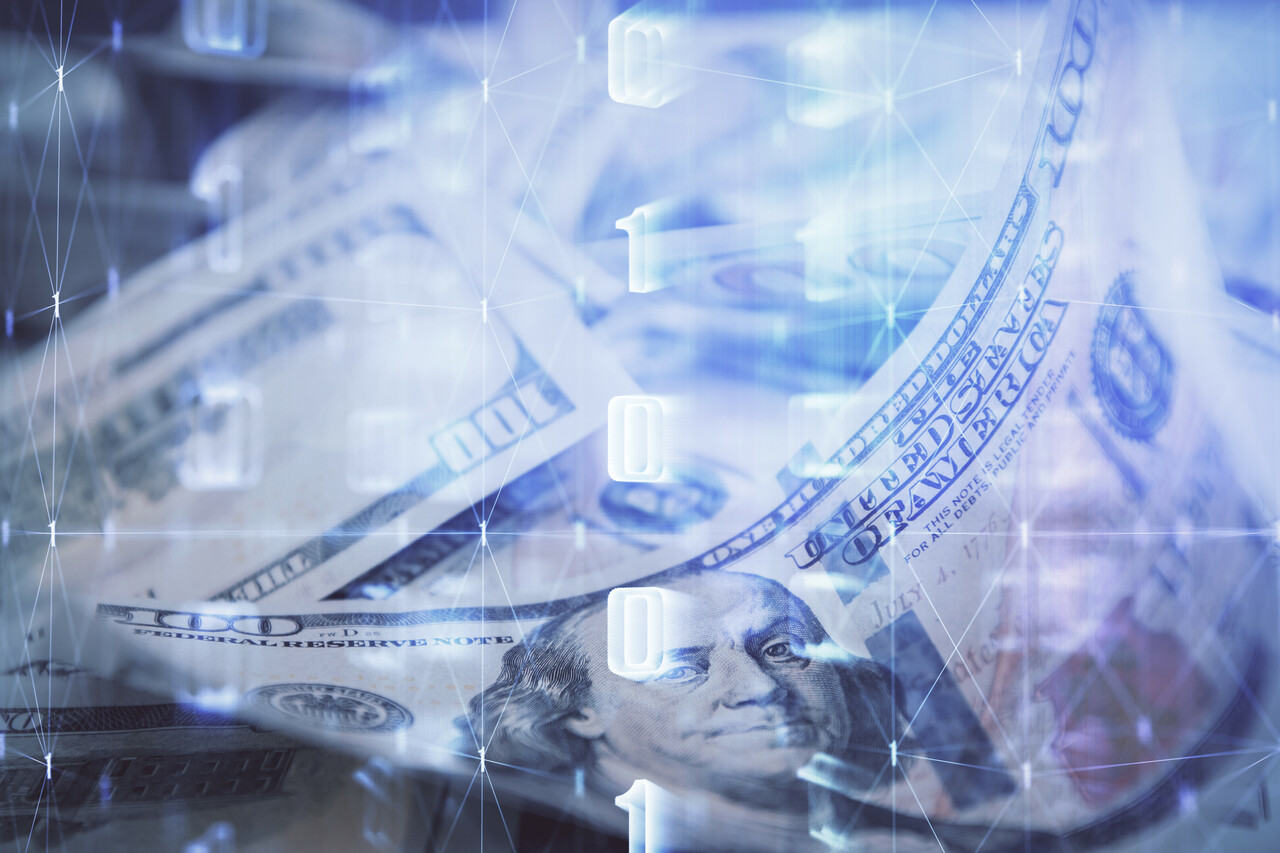 Technology is transforming the economy in fundamental ways that are often unrecognized. But for all the talk of disruptive innovation, start-ups have become less likely to displace dominant industry leaders because the new technology has become much more proprietary, explains James Bessen, author of The New Goliaths. // Banner image: Shutterstock/Peshkova