Excerpted from Six Faces of Globalization: Who Wins, Who Loses, and Why It Matters by Anthea Roberts and Nicolas Lamp, published by Harvard University Press. Copyright © 2021 by the President and Fellows of Harvard College. Used by permission. All rights reserved

Facts do not speak for themselves. Instead, we use narratives to understand and communicate what they mean. And we can often tell multiple stories about the same facts. Take the Elephant Graph, which was created by the former World Bank economist Branko Milanovic, as an example. Named for its distinctively shaped curve, this graph shows the relative rise in real incomes for people in different income brackets throughout the world over a twenty-year period of intense globalization, from 1988 to 2008 (Figure 2.1). The graph shows, for example, that people in the 30th percentile of the global income distribution have seen their incomes rise by over 50 percent during that period.

But the graph only represents facts; it does not provide a narrative. There are no characters—we do not know who the people in the 30th percentile are and whether we should focus on them or, say, those in the 80th percentile. There is no plot—we do not know why the line goes up and down. And there is no “moral of the story”—the graph does not tell us whether what is happening is good or bad. The narratives that we analyze in this book supply these elements, helping us make sense of factual representations such as the Elephant Graph. And they supply them in ways that embody widely divergent interpretations of the same set of facts.

The Elephant Graph is commonly interpreted as a challenge to the establishment narrative’s claim that economic globalization is a win-win scenario that leaves everyone better off. Although the incomes of individuals in most income brackets rose, those who started in the 75th and 85th percentiles globally saw their real incomes stagnate or, on some versions of the graph, decline (marked as point 2 on the graph). These individuals are overwhelmingly the poor, working class, and middle class in developed countries. By global standards, their absolute income levels remain high. In relative terms, however, their fortunes have stalled or regressed while others have surged ahead.

That has not kept proponents of the establishment narrative from marshaling evidence and arguments that we are basically on the right path. Proponents of this narrative often point to the beneficiaries of globalization, including the hundreds of millions of workers in developing countries who have been lifted out of poverty (at point 1) and the rich and professional classes who have been able to take advantage of the globalized economy to reap ample rewards for their skills (at point 3). To the extent that the narrative acknowledges that the people at point 2 have been “left behind,” it argues that the reasons are largely homegrown, such as inflexible labor markets, obsolete education systems, and an unwillingness to “adjust.”

Narratives consist of four main building blocks: they set the scene for analyzing issues in a particular way; they identify specific protagonists as winners and losers, or villains and victims; they provide a plot (an account of the sequence of events and the causal mechanisms that have led to a particular outcome); and they suggest a moral of the story (a normative assessment of what has happened, and prescriptions for what should be done about it). In doing so, narratives furnish a window into their proponents’ experiences, concerns, values, and policy preferences.

Setting the Scene and Identifying the Characters

Before you can tell a story, you need to frame the scene. Do you direct the focus to manufacturing communities in northern England that are socially disintegrating after factories close? Do you chronicle the explosive growth of Chinese technology companies and their potential digital reach into Western countries through 5G networks? Or do you contrast the situation of a fast-food worker in New York City who is working three jobs to make ends meet with that of the owner of a $45 million apartment overlooking Central Park? Simply by setting the scene, the narrator frames the problems created by economic globalization in a specific way. In his book Frame Analysis, sociologist Erving Goffman explains that frames are like windows through which we see the world: they organize the central ideas on a complex issue, shaping what we see and do not see. Framing plays an essential scene-setting role by identifying the appropriate units of analysis, level of analysis, and metrics of evaluation.

The framing used by a narrator often also lays the groundwork for the moral of the story by suggesting a specific metric of assessment. The metric can be primarily economic, such as GDP growth or the share of income that accrues to different classes. Or the metric can be non-economic, such as the integrity of the social fabric, a country’s security, or environmental sustainability. Different metrics of assessment not only embody different values but also produce divergent perceptions about the underlying realities. For example, if we look at income gains using the metric of absolute rather than relative gains, the clear winners appear to be the global rich, who began rich and became much richer (Figure 2.4). Although Asia’s middle classes gained the most in relative terms, their incomes were low in the first place, so their absolute gains were not that high. These sorts of framing choices do not necessarily precede the development of empirical and normative accounts, since these choices often depend on prior empirical assumptions and normative commitments.

Developing the Plot and Distilling the Moral

Having adopted a framing, narrators relate a “plot,” an account of a sequence of events and causal relationships that explains who has won at the expense of whom and why. The plot transforms the photographic stills of the frame into a motion picture. It connects actors and events over time. These plots go hand in hand with normative assessments about whether the developments they describe are good or bad and what should be done about them. Was the loss fair or the result of exploitation? Is it a cost that society has to accept or an intolerable imposition that should be rolled back? Narratives often build normative judgments into the language they use. They might characterize jobs as “stolen” or the system as “rigged.” They often employ distinctive metaphors, such as describing economic gains as “growing the size of the pie,” export subsidies as “weapons of job destruction,” and corporations as “leeches” or “vampires.” These choices also give each narrative a distinctive feel: one need only compare the upbeat mood of the establishment story with the ominous sensation created by the global threats narrative.

When evaluating various narratives, it is useful to assess their empirical claims, some of which may be stronger than others. But narratives cannot be assessed through appeals to “the facts” alone. Narratives invariably embody normative judgments that cannot be reduced to empirical disagreements, from the question of how to identify the relevant facts in the first place to the values embedded in the different “morals of the story.”

The goal of the sort of meta-framing that we engage in, by contrast, lies in highlighting a multiplicity of narratives and showing how they set forth complementary and sometimes contradictory understandings of reality. The aim is to expose the danger of a single story by showcasing diverse angles and perspectives.

The art of advocacy lies in convincing others to view the world through the lens of your chosen narrative so that your viewpoint becomes accepted as the correct way of understanding reality. The aim is to render the narrative as natural and taken-for-granted, and to present the world through a single story, as though no other stories were relevant or true. The goal of the sort of meta-framing that we engage in, by contrast, lies in highlighting a multiplicity of narratives and showing how they set forth complementary and sometimes contradictory understandings of reality. The aim is to expose the danger of a single story by showcasing diverse angles and perspectives.

The reason a single narrative can be dangerous is that it may ring true but represent only a one-dimensional understanding of a three-dimensional reality. Sociologist Gareth Morgan makes a similar point about metaphors: “Metaphor is inherently paradoxical. It can create powerful insights that also become distortions, as the way of seeing created through the metaphor becomes a way of not seeing.” The same is true of economic models: “Models are never true; but there is truth in models.” Narratives, metaphors, and models are useful because they permit us to gain traction on complex issues, but none will ever give us the full picture.

Anthea Roberts & Nicolas Lamp
Authors, Six Faces of Globalization: Who Wins, Who Loses, and Why It Matters
Follow

Anthea Roberts, a Professor at the School of Regulation and Global Governance (RegNet), is an interdisciplinary researcher and legal scholar who focuses on new ways of thinking about complex and evolving global fields. Her research areas include public international law, international trade and investment, the effect of geopolitical change on global governance, and understanding and navigating complex systems. Anthea chairs the ANU Working Group on Geoeconomics. In 2019, the League of Scholars named Anthea the world’s leading international law scholar and Australia’s leading law scholar.

Nicolas Lamp joined the Faculty of Law at Queen’s University as an Assistant Professor in 2014. In 2020, he was cross-appointed to the Queen’s School of Policy Studies. He also serves as the Academic Director of the International Law Programs, an eight-week summer course that Queen’s Law offers at the Bader International Study Centre at Herstmonceux castle in England during the summer term. Since 2019, he has also been the Director of the Annual Queen’s Institute on Trade Policy, a professional training course for Canadian trade officials that is hosted by the Queen’s School of Policy Studies. 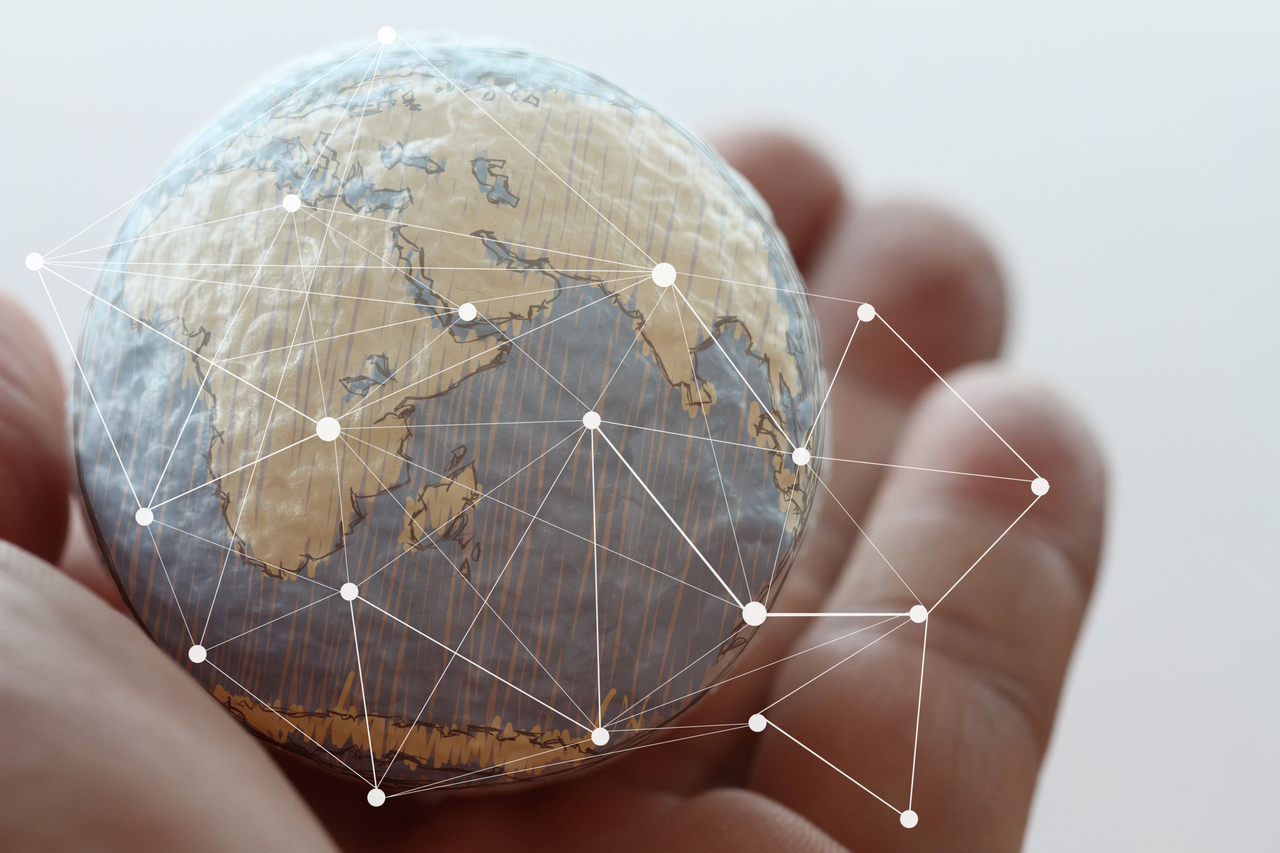 Six Faces of Globalization Who Wins, Who Loses, and Why It Matters

A. Roberts and N. Lamp explain why dissecting various narratives on the benefits of globalisation is crucial to better understand its real impacts on the society as a whole.