After Russia’s invasion of Ukraine, Romania is working with other countries and international organisations to provide emergency and on-going assistance to Ukrainian citizens fleeing war. Banner image: Shutterstock/LCV
Titus Corlățean
Senator, Romanian Government
Follow
Like Be the first to like this
0

In a little over two months after Russia’s invasion of Ukraine on 24 February 2022, more than 1 million Ukrainian citizens had entered Romania fleeing the horrors and destruction only war can bring; more arrive each day. As the fighting continues, so too will our support for human rights and justice—now and in the face of any future aggression.

As with any crisis of this nature and scale, the immediate priorities are the health and security needs of those directly affected. At the national level, 1,270 refugee camps and centres co-ordinated by local public authorities or civil society are currently accommodating almost 11,000 people, with space for 36,000 more; assistance has been provided to over 660,000 refugees since they became operational. Additionally, the General Inspectorate for Emergency Situations and the Department for Emergency Situations operate 15 mobile refugee camps in eight counties across the country, with a total capacity of over 3,500.

Additionally, over 30,000 foreign nationals, as well as some international organisations—OSCE, NATO, IOM, OCHA, UNICEF, UNFPA, WPF, UNHCR and IAEA—have requested support from the Romanian authorities regarding ongoing or planned evacuations. At the same time, there were almost 20 requests to support the evacuation of personnel from diplomatic missions in Kyiv through Romania.

Romania is co-operating with other countries and international organisations to provide third-party assistance to Ukraine; for example, we are working with the Government of Japan and the UNHCR to help transport humanitarian aid. A series of flights with basic essentials donated by Japan—including blankets, kitchen sets, hygiene items, plastic sheets and solar lamps—are scheduled to pass through Romania between May and June 2022, with the first two arriving in Romania on 13 and 27 May and already distributed by UNHCR.

An estimated 160 national NGOs are working at crossings at each end of [Romania's] border, along with more than 2,000 volunteers providing a variety of humanitarian services and assistance to displaced persons.

Romania shares a border of almost 650km with Ukraine, split into two by the Republic of Moldova; the majority lies to the north of my country, with the remaining 30km or so reaching the Black Sea. An estimated 160 national NGOs are working at crossings at each end of the border, along with more than 2,000 volunteers providing a variety of humanitarian services and assistance to displaced persons. Following discussions with European Commission officials, on 9 March a humanitarian hub was set up in the northern city of Suceava, just 50km from Ukraine. Co-ordinated by the Commission, so far it has received 36 humanitarian transports totalling more than 170 trucks from various European Member States, including Austria, Bulgaria, Cyprus, France, Italy and Slovenia.

The hub provides assistance not only to refugees coming directly from Ukraine but also those passing through the Republic of Moldova—Romania has delivered substantial humanitarian aid for people that have found shelter on our neighbour’s territory. So-called "green lanes" have been set up to fast-track the daily, trans-national transfers of people fleeing Ukraine, helping refugees while avoiding more pressure on the Republic of Moldova’s already overstretched infrastructure. Romania has also provided Republic of Moldova with 80 tons of various donations in-kind and almost EUR 4 million of fuel to help relieve the stress of accommodating the refugees.

Unfortunately, there are always those who will try use to use the pain and confusion of war to exploit the most vulnerable. To prevent and combat various crimes and illegal activities, including human trafficking, more than 5,000 employees of the Romanian Ministry of Internal Affairs have been deployed at the borders with Ukraine and Republic of Moldova. This includes border guards, police officers, gendarmes, emergency response officers and immigration officers. Additionally, over 200 European Border and Coast Guard Agency workers are involved in refugee support activities in the border areas, and the European Union Agency for Asylum has deployed 40 officers in eight locations.

While we all hope for a quick end to the conflict, we must also plan to deliver longer-term help to individuals and the region. The total value of assistance provided to the refugees from Ukraine so far is about EUR 70 million, including access to medical services, support measures for children in special situations and free transport on Romanian territory. It also covers opening up the education system and labour market to Ukrainians, with over 1,600 children admitted to schools and over 5,000 citizens registered as employed in Romania.

The Government of Romania is preparing an additional package of non-reimbursable financial assistance to Republic of Moldova, amounting to EUR 10 million. This financial support is in addition to the EUR 100 million package provided by Romania for the implementation of development projects in the Republic of Moldova over the next seven years, based on an agreement signed by the two Prime Ministers at the joint government meeting on 11 February 2022.

The Government of Romania has also decided to temporarily liberalise road freight transport for Ukrainian companies operating on national territory, starting on 5 April, 2022. At the same time, Romania is working hard to address the global food security challenges we all face, by giving Ukrainian grain better access to Romanian ports. Ukraine’s first grain export since the beginning of the war left the Port of Constanța on the Black Sea at the end of April 2022; additional shipments with more than 240,000 tons of Ukrainian grain have since been delivered.

Romania strongly supports the various efforts of the international community to respond to the urgent situation in Ukraine, and is intending to join a number of proceedings before the International Court of Justice. We are also supporting the vital role of the International Criminal Court (ICC) in investigating war crimes, crimes against humanity and genocide, as well as the ICC’s actions addressing impunity and providing assistance and reparations to victims of mass atrocities. The Romanian Government is providing EUR 100,000 in response to the ICC’s appeal for support, placing its full trust in the independent and impartial ability of the ICC to bring justice to Ukraine.

Romania also supports the targeted efforts to investigate human rights and international humanitarian law violations by the Independent International Commission of Inquiry on Ukraine established by the Organisation for Security and Co-operation in Europe (OSCE). As a member of the Group of Friends of Accountability, Romania is contributing to the mapping and awareness of existing and emerging accountability processes and evidence collection initiatives.

The OECD's Ukraine Hub brings together our latest insights, analysis and data to shed light on the policy challenges of the war in Ukraine

In this podcast, OECD Chief Economist and Deputy Secretary General Laurence Boone discusses the conflict’s humanitarian and economic implications, and details the OECD’s recommendations for how governments can help insulate their populations from the impact.

OECD · The global implications of the Ukraine crisis, with Laurence Boone

Titus Corlățean is Senator on behalf of the Social Democratic Party in Romania and Chairperson of the Foreign Affairs Committee, as well as member of the Romanian Delegation to the Parliamentary Assembly of the Council of Europe (2009-2012 and 2015 - present). He has been recently appointed the Chairperson of the PACE Committee on the Election of Judges to the European Court of Human Rights, as well as the Representative of the PACE Committee on Legal Affairs and Human Rights at the Group of States against Corruption (GRECO).

Mr. Corlățean served as a diplomat, Minister of Foreign Affairs (2012-2014), Minister of Justice (2012), member of the European Parliament, and held other mandates at different levels across the years. He is currently Professor of International Law, Diplomatic Law and Human Rights Law at several universities in Bucharest.

He has a Law degree from the University of Bucharest. He also studied at the National Defense University in Bucharest and followed a training course in diplomacy and international relations at the International Institute of Public Administration in Paris. 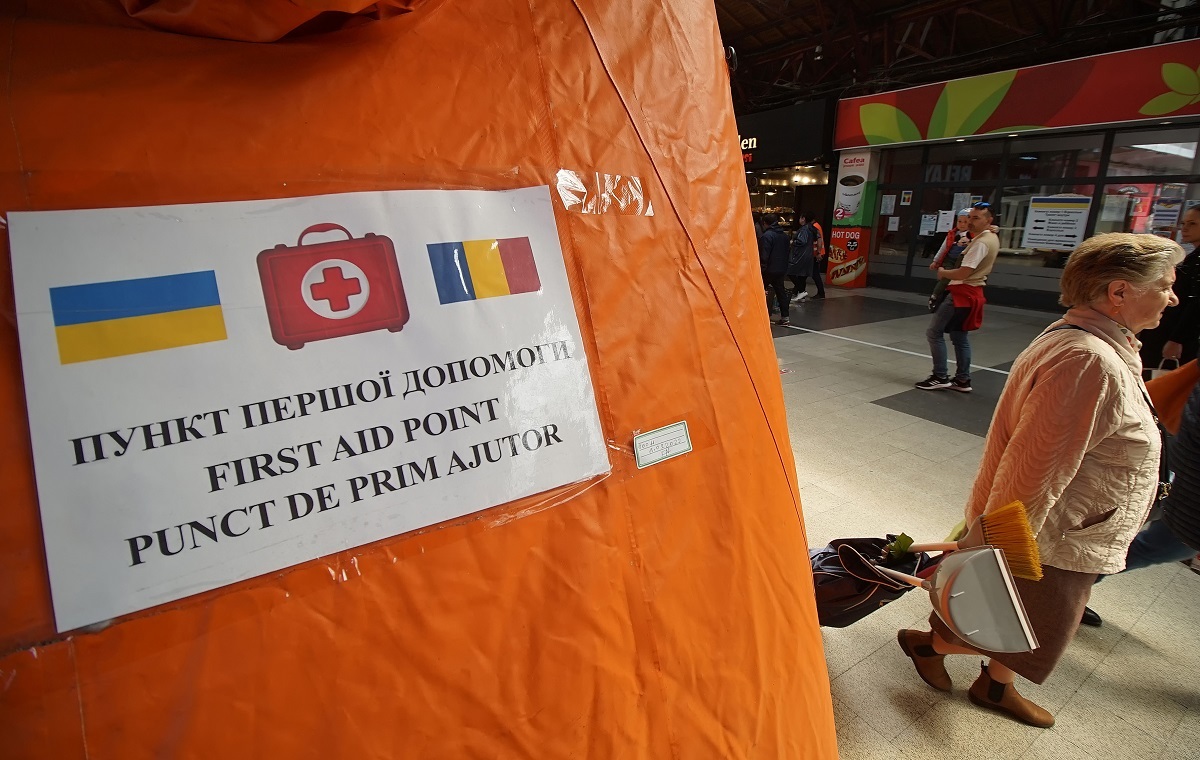 After Russia’s invasion of Ukraine, Romania is working with other countries and international organisations to provide emergency and on-going assistance to Ukrainian citizens fleeing war.