Many have acclaimed the success of the UN Convention on the Law of the Sea (UNCLOS). But four decades on, there has been no real sharing of the benefits of the marine commons, argues Guy Standing, author of "The Blue Commons: Rescuing the Economy of the Sea".
Guy Standing
Professional Research Associate, co-founder of BIEN, University of London
Follow
Like Be the first to like this
0

December 10 marks forty years since the adoption of the UN Convention on the Law of the Sea (UNCLOS), which granted coastal countries ownership of the seas 200 nautical miles from their shores. Beyond these lines, ocean resources were to be shared. The UN Secretary General at the time described UNCLOS as ‘possibly the most significant legal instrument of this century’; today, the seas generate about 10% of global GDP.

The Maltese diplomat who inspired UNCLOS, Arvid Pardo, was bitterly disappointed. Wanting to protect the commons for everybody, he lamented, ‘All that is left of the common heritage of mankind is a few fish and a little seaweed.’

Many have acclaimed the success of UNCLOS, including a recent report from the House of Lords. But the Maltese diplomat who inspired UNCLOS, Arvid Pardo, was bitterly disappointed. Wanting to protect the commons for everybody, he lamented, ‘All that is left of the common heritage of mankind is a few fish and a little seaweed.’ Indeed, four decades on, there has been no real sharing of the benefits of the marine commons, often at the expense of poor nations and coastal communities. Nor has it provided a suitable framework to protect the oceans from environmental degradation and possible catastrophe.

Four decades on, a change of course is both essential and urgent.

Following the precedent set by the United States in 1945, UNCLOS designated over a third of the oceans – 138 million square kilometres – to nations with coastlines. This conversion to state property, called Exclusive Economic Zones (EEZs), created conditions for what has become an ongoing privatisation bonanza, increasingly dominated by global finance. The demarcation of EEZs disproportionately rewarded countries  owning isolated islands, as well as those with long coastlines. Thus, France (the largest beneficiary) and the United States each obtained over 11 million square kilometres, Australia 8.5 million, Russia 7.6 million, and the UK 6.8 million – 27 times its total land area. By contrast, the world’s two most populous countries gained relatively little: India obtained 2.3 million square kilometres and China less than 900,000.

UNCLOS required that countries unable to fully exploit their EEZs allow foreign fisheries to catch the surplus. This proved disastrous for developing countries, notably in Africa. A number of countries made long-term deals or concluded joint ventures with developing countries that gave foreign fishing corporations nearly all the profits and allowed them to overfish with impunity. Fish populations and many traditional fishing communities have since been devastated.

UNCLOS further failed to protect communities linked to the sea, prioritising private property rights and export-led growth. One result was support for the burgeoning aquaculture industry, leading to widespread destruction of mangrove forests to make way for coastal prawn ponds. One-third of the world’s mangroves have disappeared since the 1980s, and with them critical fish breeding grounds, the protection from storms and floods they provide, and local livelihoods.

Central to UNCLOS was the requirement that benefits that accrued from ocean resources outside EEZs be shared with the world’s 43 landlocked states, 32 of which are low-income developing countries. However, this applied only to minerals found on the seabed covering about 54% of the ocean floor. And UNCLOS did not specify how the benefits were to be shared, or question whether those resources should be exploited at all. Instead, it established the International Seabed Authority (ISA) charged with regulating deep-sea mining and devising an appropriate royalty and sharing system.

The ISA came into being in 1994. In the 28 years since, it has failed to produce the intended Mining Code that is supposed to regulate deep-sea mining, a prerequisite for commercial exploitation set by UNCLOS. But in July 2021 the tiny Pacific island nation of Nauru triggered an obscure rule that if a country notifies ISA that it is ready to start deep-sea mining, the ISA has two years to draft the Code. If none is established, mining can start without one.

The chances of a Mining Code by July 2023 look dim, raising fears of an unregulated Wild West frenzy in the deep sea. And the potential ecological damage from deep-sea mining is huge.

Since ISA rules require a consensus of all 167 member countries plus the European Union, the chances of a Mining Code by July 2023 look dim, raising fears of an unregulated Wild West frenzy in the deep sea. And the potential ecological damage from deep-sea mining is huge. Massive machines will scour the ocean bed to pick up nodules containing cobalt, lithium and other minerals as well as rare earths, used to manufacture electronic devices, electric vehicles and wind turbines, among other things. Apart from destroying everything in their path, they create sediment plumes that can suffocate coral reefs and other organisms hundreds of miles from the mining site. And mining could damage the ocean’s ability to act as a carbon sink, accelerating global warming. For all these reasons, hundreds of scientists and policymakers have called for a moratorium until the impact of deep-sea mining is understood.

When UNCLOS was being negotiated, minerals were the only deep-ocean resource considered of potential commercial value. Negotiators did not foresee the technological advances that have led to competition to exploit so-called ‘marine genetic resources’ (MGRs) for use in medicine and cosmetics, among other applications. As of now, over 13,000 MGR patents have been taken out, nearly half by a single company. Entities in just three countries own 76% of them. A patent gives the owner a monopoly for 20 years, a private property right that sits uncomfortably with the UNCLOS ethos that ocean resources should be shared.

How to do this for MGRs is among the issues for negotiations on a follow-up UN treaty on the Conservation and Sustainable Use of Marine Biodiversity of Areas Beyond National Jurisdiction, aka the Global Ocean Treaty. Negotiations have dragged on for years; the latest round in August 2022 was suspended without agreement, with a further ‘final’ round planned for 2023. It is hard to envisage the countries holding the bulk of patents agreeing to a real sharing mechanism.

Forty years after its adoption, it is clear that the ethos behind UNCLOS has been betrayed.

Working with both developed and developing countries, the OECD aims to ensure that all societies can harness the benefits of the ocean on a sustainable and inclusive basis. Learn more on our dedicated portal!

Guy Standing
Professional Research Associate, co-founder of BIEN, University of London
Follow
Guy Standing is a Professorial Research Associate at SOAS University of London and a founding member and honorary co-president of the Basic Income Earth Network (BIEN), a non-governmental organisation that promotes a basic income for all. He is also the author of The Blue Commons: Rescuing the Economy of the Sea. 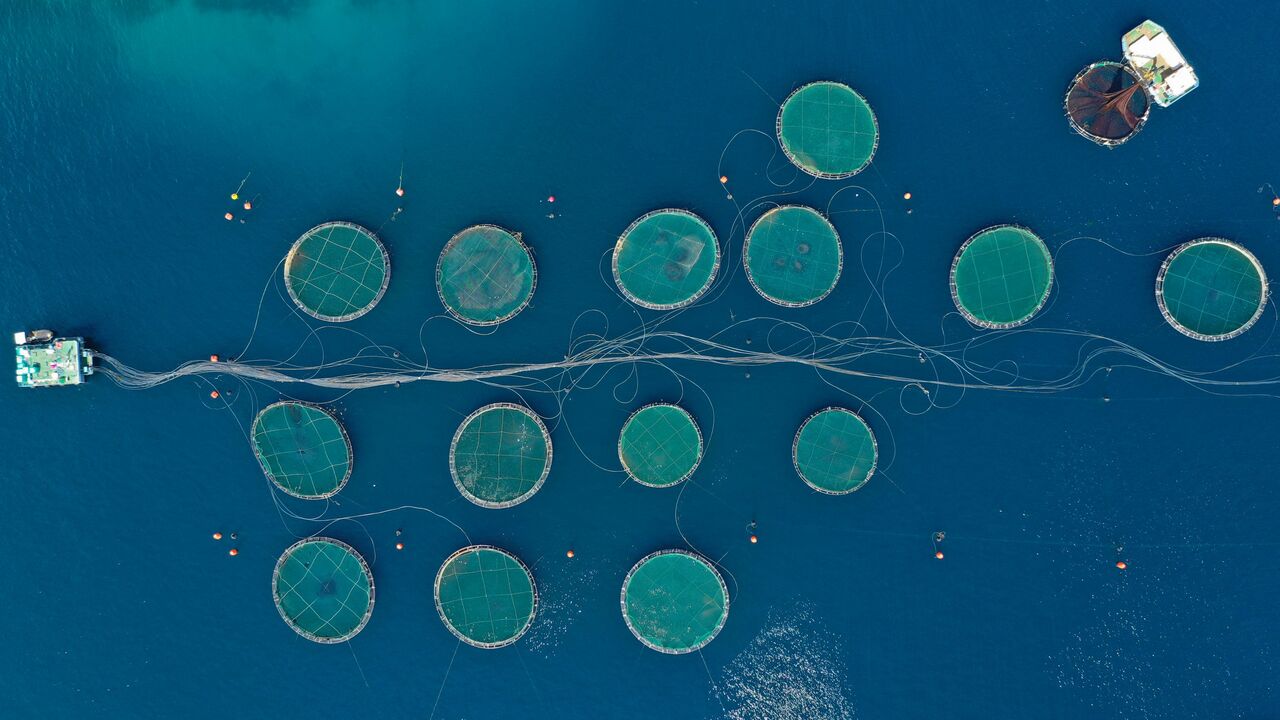 Many have acclaimed the success of the UN Convention on the Law of the Sea (UNCLOS). But four decades on, there has been no real sharing of the benefits of the marine commons, argues Guy Standing, author of "The Blue Commons: Rescuing the Economy of the Sea".