Twitter going private due to Elon Musk's bid for a takeover has severe implications for public space as a democratic pillar—and for the war in Ukraine.
Vincent F. Hendricks
Professor of Formal Philosophy; Director of Center for Information and Bubble Studies, University of Copenhagen
Follow
Like Be the first to like this
0

There has been much chatter this year as to whether billionaire Elon Musk, behind companies like Tesla and SpaceX, should be allowed to buy Twitter, which was named the “de facto digital town square” by the very same Musk at a recent TED conference. Ever since his USD 44 billion bid in April 2022, there has been much back-and-forth between Musk and Twitter as to the conditions of the proposal to take the platform private, resulting in its stock bouncing up-and-down in accordance with Musk’s concerns and predicaments related to the buyout offer.

But as of 27 October, 2022 Elon Musk now owns Twitter hook, line and sinker to "help humanity", and has started his "kitchen sinking" by firing executives, possibly reinstating former president Donald J. Trump's account, getting rid of bot accounts and launching other initiatives pointing every which way including first tweeting and then deleting an unfounded claim related to the attack on Paul Pelosi.

The story is developing right now, but in all of this there is a backstory not to be forgotten. It has to do with the essential role of public space for liberal democracy—and the war in Ukraine.

On 23 October, 2019 during a hearing of the US House of Representatives Financial Services Committee, democratic congresswomen Alexanderia Ocasia-Cortez got Facebook’s founder and director Mark Zuckerberg to admit that one could indeed buy one’s way to misinformation campaigns on Facebook. A week after Zuckerberg’s admission, something happened on another social platform —Twitter. Twitter’s (now former) CEO and co-founder, Jack Dorsey, announced a ban on political marketing across all of Twitter. Dorsey’s announcement was made through a series of tweets of an almost Kantian inspiration, forming one single categorical imperative and nine submaxims, which are now known as "Jack Dorsey’s 10 theses'':

We’ve made the decision to stop all political advertising on Twitter globally. We believe political message reach should be earned, not bought. Why? A few reasons…

This imperative is followed by the submaxims, which point out among other things:

The tenth and final thesis addresses the question that has long been the subject of public debate, namely what is the relationship between social platforms and the central democratic value of freedom of expression:

A final note. This isn’t about free expression. This is about paying for reach. And paying to increase the reach of political speech has significant ramifications that today’s democratic infrastructure may not be prepared to handle. It’s worth stepping back in order to address.

The social platforms are private companies, who own everything from the users’ profiles to the generated content. If you can’t agree to the platforms’ terms of use, you can just create your own server and broadcast to the world. If platforms remove a post or video, the argument is typically that it isn’t a violation of free speech since you can just find another place to express yourself. However, the platforms of private companies have become so big and constitute such a large part of the public space and infrastructure that, where opinions are voiced and democracy lives, they have gained an almost monopoly-like power.

The role of public space

In the age of information, public space should be understood as a special information structure, rather than having physical entrance criterium as an actual town hall does. Public spaces constitute a fundamental base for democracy: with unlimited access to a centrally located public space comes freedom, and the ability for as many people as possible to share information and ideas in a way that incorporates them into society’s collective consciousness.

In modern democracy, public spaces play a constant and fundamental democratic role in the provision of mutual recognition between citizens. In these public spaces, the physical presence of the whole of society’s citizens, in all their forms and appearances, establishes a public signal which inscribes itself in our collective consciousness. Society women with fanciful hats, the homeless on their cardboard boxes, children acting up, the elderly with walking frames, sweaty school teachers with kids chasing pigeons, yuppies sipping cocktails, students with blue lit faces from Instagram’s reflection glare, workers with their raw fists wrapped around hotdogs—they all have a right to a place in this consciousness. We are all represented through our collective consciousness and common background knowledge: they form the basic premises for a democratic debate, the framework of which is based on equality, freedom and mutual respect. The common value of public space is a fundamental value for democracy, whether we think of the City Hall Square in New York City or the steps of the Lincoln Memorial that provided the backdrop for Martin Luther King's “I Have a Dream” speech.

When public space serves as a fundamental democratic pillar, it is a central premise that no one may claim special interest in or capitalise from it, as it would no longer be equal for all nor provide equal access. The past 15–20 years has seen a paradigm shift in our understanding and ownership of the public space. In conjunction with public space increasingly becoming digital infrastructure, our temporal physical presence in the same physical space has become less important.

It is not democratic nations or supranational organisations that have facilitated this massive transformation of public space but private enterprise, and primarily BigTech: Google, YouTube, Amazon, Microsoft, Apple, SpaceX, Starlink and not least Meta/Facebook running the world's largest town hall with one third of the global population. These tech companies, however, do not answer to the founding democratic principles, but instead to their advertisers and stockholders.

It may very well be that all citizens have gained a voice, in so far that virtually anyone can have a profile on a social platform. What is of interest however, is not that we’ve all gained a voice but whether our voice is heard. Some people and some things are heard and seen more than others in the information market, which is ruled by the attention economy; hence some privileged parties have a greater possibility of becoming part of our collective consciousness.

Much may be said about democracies but they’ve seldom, if ever, been decidedly pecuniary profitable. Democracy is the societal model that we in democratic nations have thought of as the pre-eminent way of securing both individual and collective interest. With the dominance of BigTech it’s worth asking whether public space should be left to private enterprise—or if in reverse it is downright detrimental to the individual as well the collective.

Had we once again consulted Kant, Rousseau or Montesquieu, who contributed to carving out the philosophical path for democracy during the Enlightenment, whether the infrastructure of public space should be on private hands, their answer would have been a firm and resounding, "No thanks!". There can’t be any special interests and no one should be able to capitalise on democratic infrastructure if the marketplace of free ideas is to be actually free and equally accessible to all.

Thus, there are two questions for the global (democratic) community to seriously consider right now: 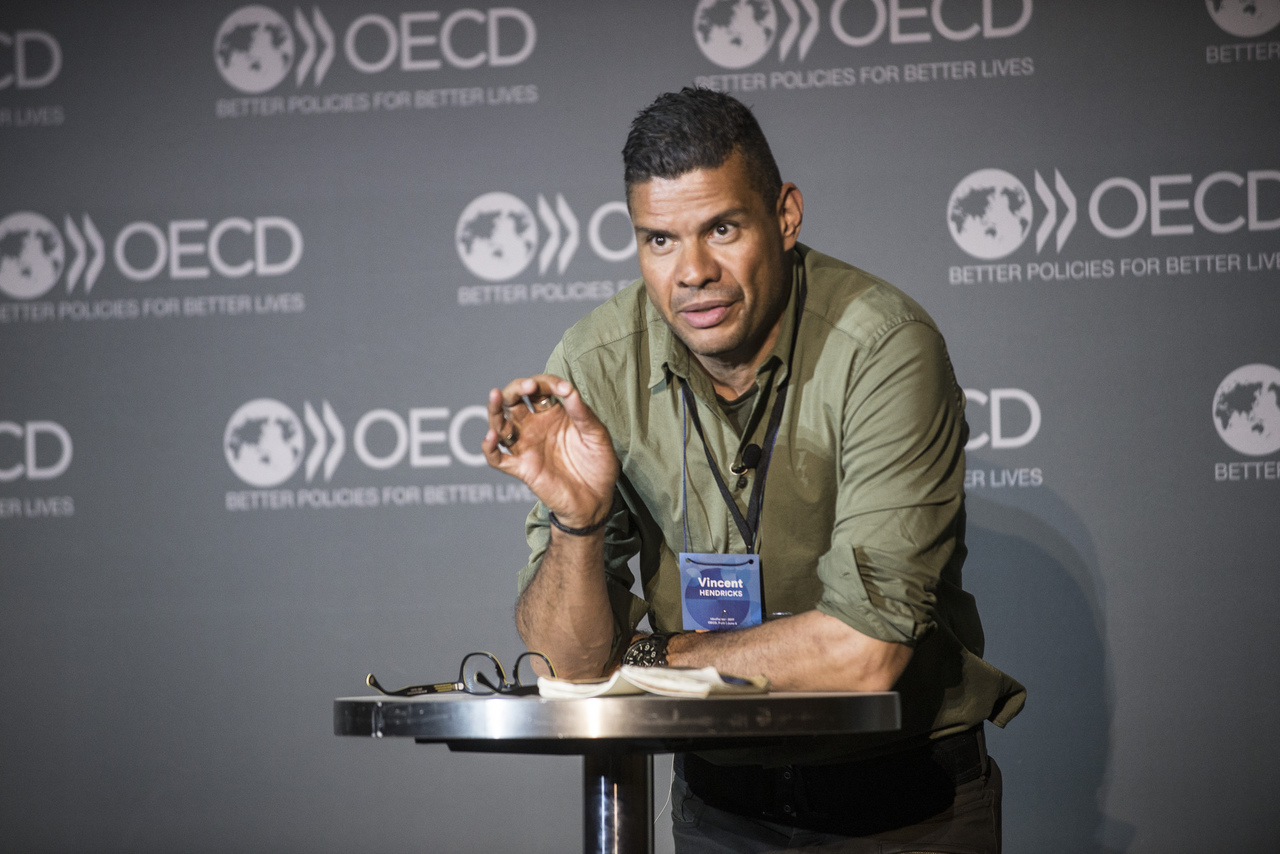 Twitter going private due to Elon Musk's bid for a takeover has severe implications for public space as a democratic pillar—and for the war in Ukraine.