Over two years after the start of the COVID-19 pandemic, economic recovery around the globe remains uneven. Every-day consumers around the world are facing high levels of uncertainty as cost of living increases take their toll on household finances.

The pandemic’s significant impact on the global economy and labour markets is well known, but it further highlighted inequalities as many of society’s most vulnerable were the worst affected. Experts also foresee economic scarring, defined by the International Monetary Fund (IMF) as “diminished long-term output relative to pre-pandemic projections”, due to adverse effects on capital, labour, and overall productivity.

After emerging from the pandemic-driven slowdown, the global economy experienced strong demand coupled with supply chain disruptions from lockdowns in China, which led to increases in commodity prices and input costs. These effects have been exacerbated by Russia’s invasion of Ukraine and its repercussions, which in addition to a humanitarian disaster have also triggered a worldwide cost of living crisis.

According to an Ipsos-World Economic Forum survey covering eleven OECD countries, one in four respondents said it was 'quite' or 'very difficult' to manage financially.

Today’s high levels of inflation hurt consumers by undermining real household disposable income and eroding purchasing power. As of July 2022, the IMF estimates yearly inflation to be at 6.6% in developed economies and 9.5% in developing economies. Consumer prices (CPI) in the OECD rose by 10.3% year-on-year in June 2022. Consumers are therefore facing significant cost of living increases, most notably reflected in food and energy prices. According to UN estimates, the average household has lost 1.5% in real income due to price increases in corn and wheat. According to an analysis by Moody’s Analytics, on average United States households are spending an extra USD 341 to purchase similar goods and services. In the United Kingdom, one in five individuals are spending their savings to cope with rising costs of living. In Sweden, consumers are warned that electricity prices could double in the coming year.

Inflation pressures have prompted several central banks to increase interest rates, and as a result borrowing costs for consumers have become more expensive. For example, hikes on variable rate mortgages have a knock-on effect on household finances and risk intensifying financial hardship. Interest rate hikes will also affect credit card rates as well as those for other consumer credit products such as car, student and personal loans. Less creditworthy borrowers may find their access to finance decreasing, and many renters face increased rents. At the same time, higher interest rates could incentivise increased household savings.

Many consumers are already feeling the effects of the current economic environment. According to an Ipsos-World Economic Forum survey covering eleven OECD countries, one in four respondents said it was “quite” or “very difficult” to manage financially. In 8 of the 11 countries, more people expected their living standards to decrease rather than increase over the next year. In only three countries was this ratio reversed: the United States, Australia and Canada. The highest rates of pessimism regarding standards of living were found in Turkey, Japan, France and the United Kingdom. Many consumers are also concerned about being able to pay their bills in the next six months—ranging from 75% of respondents in Turkey to 43% in Germany.

Given the current context and the near-term outlook, ensuring a comprehensive and effective financial consumer protections framework is as important as ever. The international standard is embodied in the G20/OECD High-Level Principles on Financial Consumer Protection, which is also an OECD Recommendation. All OECD, G20 and Financial Stability Board jurisdictions are adherents to the Recommendation, and many other countries have also implemented some or all of them. The OECD encourages all countries to adopt the Principles to establish or enhance their financial consumer protection framework.

The Principles provide a holistic framework for financial consumer protection, and while all of them are important some of the topics are more relevant in the current economic situation. This includes appropriate legal and regulatory frameworks with the agility to adapt to risks as they emerge; oversight bodies that are flexible and have the power to intervene in the market as appropriate; ensuring access and inclusion by addressing barriers to formal, regulated financial products and services, as well as ensuring consumers remain included in the financial system; and treating consumers fairly, especially those experiencing heightened vulnerability due to the prevailing market conditions. Importantly, the Principles are currently undergoing a comprehensive review and update ten years after their adoption to reflect new or emerging areas, including digitalisation, sustainable finance and financial well-being.

The Principles are currently undergoing a review and update; the infographic above reflects a draft version put forward for public consultation in January-February 2022.

In sum, every-day consumers risk facing significant financial precarity as prices rise and the global economy risks entering another recession, just two years after recovering from the previous one. Many consumers are concerned about being able to pay their bills in the next six months and do not hold much optimism for the future. Given these challenges, effective financial consumer protection policies are more important than ever. Such protections should support consumers’ continued access to and use of financial products and services where possible and promote an inclusive and equitable financial system, including measures for consumers suffering financial hardship. The G20/OECD High Level Principles on Financial Consumer Protection provide the leading benchmark for countries to protect and support financial consumers.

Find out more about the OECD's work on Financial Consumer Protection

Matthew Soursourian has worked in the OECD’s Financial Consumer Protection Unit since 2020. Prior to joining the OECD, he worked for CGAP at the World Bank, the International Finance Corporation, the New York City Department of Consumer and Worker Protection, and the Federal Reserve Bank of San Francisco. Matthew holds a Master of Public Affairs from the Princeton School of Public and International Affairs and a Bachelor of Arts from Brown University.

Rachel Karen is a doctoral candidate in Sociology at the University of Texas in Austin. Her dissertation investigates the effects of private financial transfers on subsequent income and wealth accumulation in the United States. Rachel interned in the OECD’s Financial Consumer Protection Unit in 2021 and 2022. She has a Master of Arts in Sociology from the University of Texas and a Bachelor of Arts degree from Brown University. 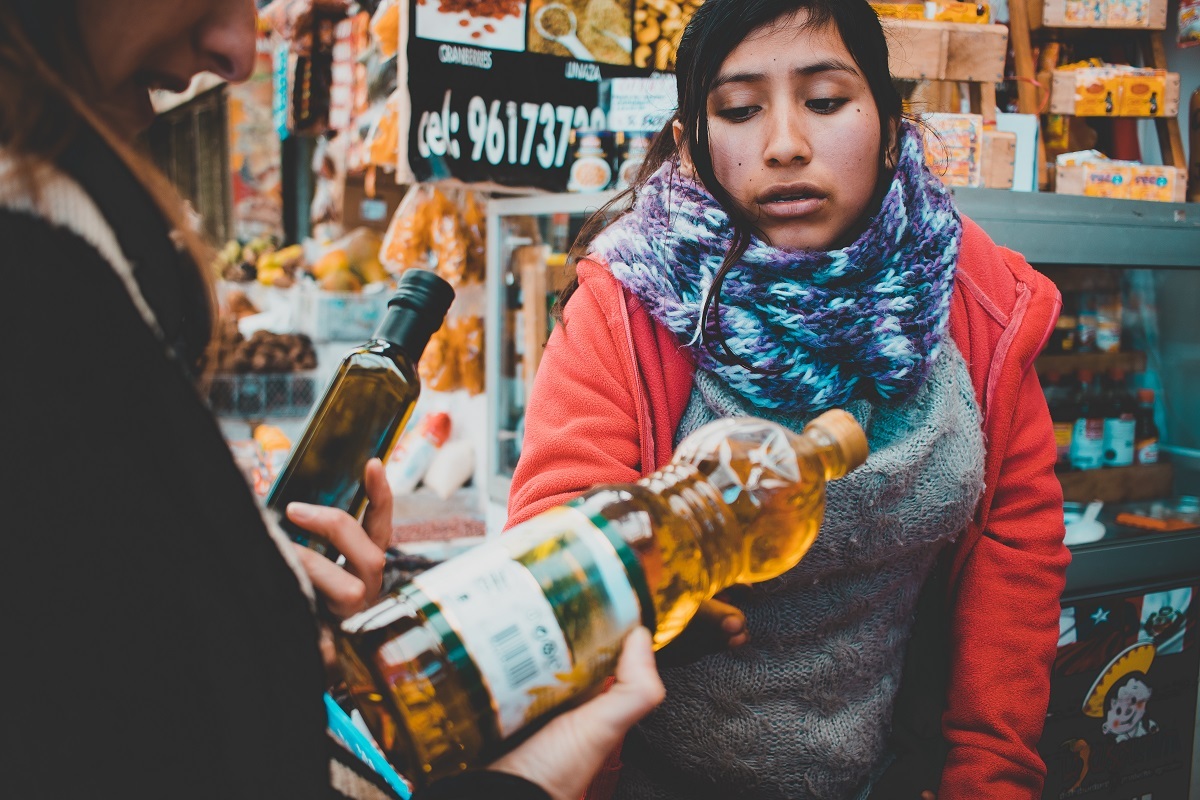 After emerging from the pandemic-driven slowdown, strong demand coupled with supply chain disruptions led to increases in commodity prices and input costs. Exacerbated by Russia’s invasion of Ukraine, a worldwide cost of living crisis means many consumers are concerned about paying their bills.