Since more than half of world economic output—equal to USD 44 trillion—relies on nature, we need to reach the same level of political and business leadership for the preservation of biodiversity as has been seen for climate change, emphasizes AXA's Ulrike Decoene. Banner: Shutterstock/petrmalinak
Ulrike Decoene
Chief Communications, Brand and Sustainability officer, AXA Group
Follow
Like Liked by Giuliano Tavaroli and 1 other
0

You might be wondering why a large insurance company, which is also a large institutional investor, is interested in combatting biodiversity loss and protecting nature.

The reason is simple: the global economy is connected with nature, depends on nature, and affects nature. More than half of world economic output—equal to USD 44 trillion—relies on nature. Nature produces essential elements for human activity: food, medicine and raw materials, to name only a few. In addition, preservation of nature is essential in the fight against climate change: well-preserved forests and oceans absorb carbon emissions, and ecosystems provide protection against the risks of natural disasters.

We depend on nature to thrive and even to survive. Each species provides implicit "ecosystem services" to our economies. In this way, nature works for us. For example, without insects artificial pollination would cost about EUR 153 billion per year, far beyond any economic viability. The potential loss of fundamental ecosystem services puts society and the businesses that depend on them at risk, and is therefore of concern to investors and insurers who rely on a functioning economy.

Species are disappearing at an accelerated rate

According to the WWF's Living Planet Report 2022, monitored wildlife populations around the world have declined by 69% between 1970 and 2018. Scientists speak of the sixth extinction event, the last one being when the dinosaurs disappeared.

According to the Intergovernmental Science-Policy Platform on Biodiversity and Ecosystem Services (IPBES), the drivers of biodiversity loss are climate change, invasive species, overexploitation of natural resources (intensive agriculture, overfishing), soil pollution and urbanisation. The WWF states that rising temperatures are already influencing the first extinctions of entire species and mass mortality events. Disappearance of species endanger ecosystem services that nature provides to humans and their daily activities.

Our role in preventing biodiversity loss

While biodiversity loss and its main drivers are well documented, the quantification of business impacts on biodiversity remains a relatively new field.

At AXA, we see the biodiversity challenge as a natural extension of our efforts to combat climate change, which is in turn exacerbating the destruction of ecosystems.

In 2018, we publicly decided to investigate how biodiversity loss is impacting society and how we can act, both as an insurer and an investor. To that end, we first signed the French Act4Nature initiative in July 2018, before presenting the report Into the Wild: From Nature to Investment Strategies at the G7, in partnership with WWF, in May 2019.  The report contained several recommendations, including the launch of a broad-based taskforce to promote the protection and restoration of biodiversity. This  Taskforce on Nature-related Financial Disclosures (TNFD) was launched in June 2021 in order, to support guidelines that will make more transparent the risks that biodiversity loss represents for the financial sector.

While biodiversity loss and its main drivers are well documented, the quantification of business impacts on biodiversity indeed remains a relatively new field. It is therefore important for AXA to accelerate this work, in partnership with other asset managers, and help develop appropriate metrics to understand the role of ecosystem services to the economy.

Through its investments, AXA also owns more than 250 forests, half of which are located in protected areas. Forestry is considered a carbon-neutral asset class, and thereby a sustainable investment, which is largely immune to economic cycles and must be sustainably managed. To do so, AXA IM announced in 2022 the launch of a new Natural Capital strategy, designed to support nature-based solutions, including by addressing the drivers of deforestation and improving forest conservation efforts. This commitment forms part of AXA Group’s EUR 1.5 billion commitment to protect and sustainably manage forest ecosystems.

Marine responsibility is another area of development for us. AXA has signed up to the first declaration on sustainable marine insurance, drawn up by the UNEP FI and the Oceana in response to “illegal, unreported and unregulated fishing.” Last June, I also became a Board Chair of the Ocean Risk and Resilience Action Alliance (ORRAA) which brings together the finance and insurance sectors along with governments, non-profits, and stakeholders to drive investment in marine and coastal natural capital, reduce ocean and climate risks and build resilience in coastal communities. Such multi-stakeholders partnerships are critical to rise to the task at hand.

As a leading insurance company, AXA is ready to play it part. We can provide protection to the natural world and help clean up if things go wrong, restoring nature to its original state. We can also advise companies on how best to avoid damaging biodiversity in the first place.

Since 2019, the AXA Research Fund has committed EUR 250 million to support science. It has funded over 650 research projects in 36 countries, including more than 220 projects in the area of climate and environment. For example, the AXA Research Fund collaborates with IPBES to strengthen the scientific community working to improve biodiversity knowledge and inform public policy. Such financial contributions embody our commitment to protecting the well-being of all life forms on the planet, and advancing the career development of outstanding early-career scientists in order to secure future biodiversity research.

The Kunming Declaration, agreed on during Part 1 of COP15 in 2021, identifies the role of finance in addressing biodiversity loss. Like the Paris Agreement, the Kunming Declaration recognises the need to “align all financial flows in support of the conservation and sustainable use of biodiversity” (Article 13). The upcoming COP15 in Montreal raises our hopes for an adoption of an agreement that will have the same transformative effect on governments and businesses worldwide as the Paris Agreement had five years ago.

We need to reach the same level of political and business leadership for the preservation of biodiversity as has been seen for climate change.

We need to reach the same level of political and business leadership for the preservation of biodiversity as has been seen for climate change. We hope for a global agreement that will both set national targets for biodiversity loss prevention and biodiversity conservation and encourage the participation and transformation of the economy. This will naturally require the involvement of non-state actors, including private sector finance.

We hope the outcome of COP15 will lay the groundwork for closer public-private co-operation on nature preservation. We must remember that nature is our ally, and we all have a common interest to preserve it.

Ulrike Decoene
Chief Communications, Brand and Sustainability officer, AXA Group
Follow
Ulrike Decoene is Chief Communications, Brand and Sustainability Officer for AXA and a member of AXA’s Management Committee. In her current role, Ulrike oversees AXA’ sustainability strategy and ESG integration across AXA’s operations and businesses. Prior to her current role Ulrike held the position of Chief of Staff to the Group CEO. Before joining AXA in 2007, Ulrike worked for several offices of the French government. Ulrike Decoene graduated from the Ecole Normale Supérieure and Sorbonne University Paris IV. She has held teaching positions at the universities of Yale and Paris-Est Marne-la-Vallée. 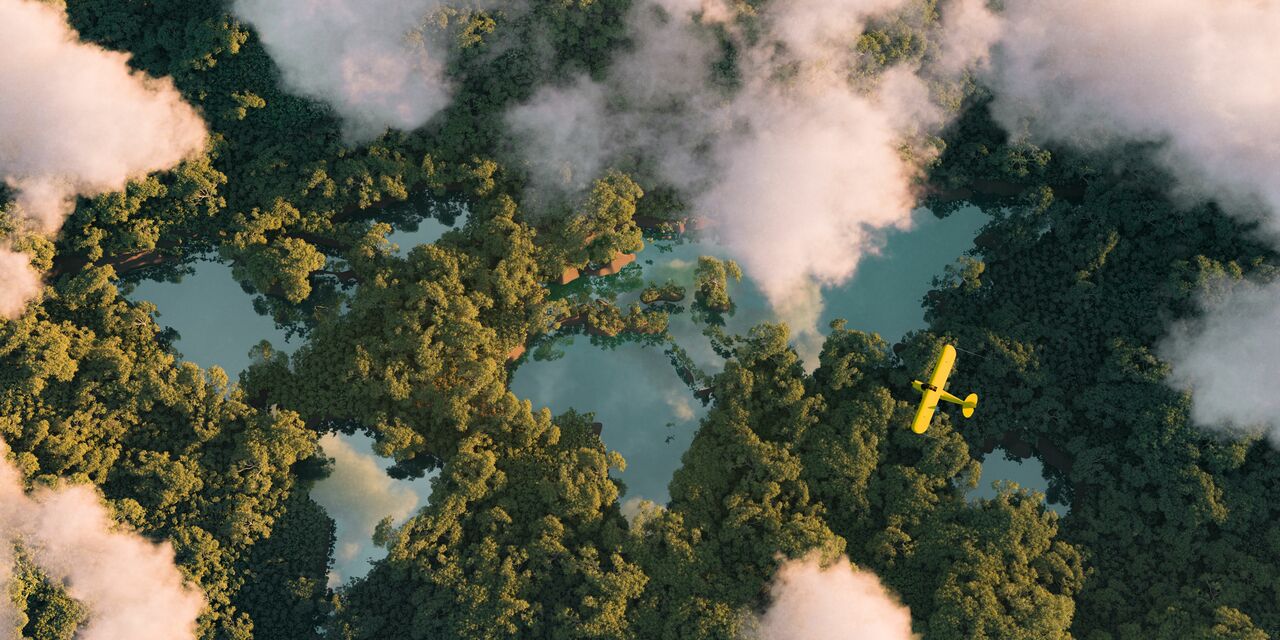 Since more than half of world economic output—equal to USD 44 trillion—relies on nature, we need to reach the same level of political and business leadership for the preservation of biodiversity as has been seen for climate change, emphasizes AXA's Ulrike Decoene.