Education on how to keep ourselves safe online starts early, as should discussions on how to protect others. Children—the adults of the future—will lead our digital lives, and how much online hate, abuse and bullying is accepted and tolerated will be moulded by them. Banner: Shutterstock/Daisy Daisy
Carol Ann Gvineira
Founder, The Listening Labs
Follow
Like Be the first to like this
0

Last week, I logged into one of the social media platforms I use and read a public post. It was interesting, inspiring, and reading it made me feel good.

This was in stark contrast to the visceral negative reaction I would have moments later. There was a brittle exchange following someone’s abusive, inflammatory response in the comments section, which the author of the post attempted to diffuse and ultimately chose to ignore.

Online abuse is insidious in that it’s hard to realise its negative impact on someone. It thrives on this, making it easier for people to dispense abuse without much consequence, keeping the harm hidden.

Online, these types of barbed, abusive comments are not unusual—and it often feels like such toxic exchanges are now an accepted “norm”. A recent Ofcom report showed that more than six-in-ten (62%) internet users aged 13 and over had encountered at least one potential harm online in the previous four weeks. This figure rises to 71% and 74%, respectively, for Black and mixed ethnicity internet users, and the probability of online harm increases where there is intersectionality.

Over the past seven months, while researching the impact of online harm on mental health, a common refrain I heard as to the “acceptability” of perpetrating such online abuse was:

Yet, Data Reportal’s Digital 2022: Global Overview Report indicated that 4.62 billion of us are using social media—58.4% of the world’s total population—and it’s projected that by 2023, two thirds of the world’s population will be online.

This is “real life”.

As are depression, isolation, anxiety, lingering PTSD, feelings of threat and shame, withdrawal, loneliness and suicidal ideation, all being experienced by real people in our communities and resulting from online harm.

All experiences common to the many people who bravely shared with me details of campaigns of abuse against them and its devastating effect on their lives.

All experiences I read about in articles, journals and in the literature from organisations raising awareness of the very “real life” impact of online harm, such as the Centre for Countering Digital Hate, Glitch, Cyberbullying.org,  Impactful.co and David’s Legacy Foundation, set up by the parents and brothers of David Molak, whose life ended in suicide after a barrage of online abuse.

Emotionally, this was one of the most challenging pieces of research on which I have worked.

At times, feeling steeped in vitriol, I had to abandon my laptop and go for a walk.

Online abuse is insidious in that it’s harder to realise its negative impact on someone. It thrives on this, making it easier for people to dispense abuse without much consequence, keeping the harm hidden. The residue from the abuse is then left to be swept up by someone alone behind a screen.

For the victim this can result in feelings of shame and withdrawal, poisoning the chance of disclosure and further entrenching the negative mental health impact. An Amnesty International survey found that more than half the women who experienced abuse or harassment experienced stress, anxiety or panic attacks, and 24% refrained from posting their opinions after experiencing online abuse. This was corroborated by stories shared with me from people whose experience of online abuse left them intimidated to leave their home and grappling with loneliness.

Our online lives are rich; even those I spoke with who, had experienced the worst it has to offer, regaled me with its opportunity for connection, belonging, learning, entertainment and emotional support. It gives us great freedom, but the prevalence of online abuse is chipping away at that freedom. This is highlighted in the results of a survey of 17,548 adults in Canada revealing that over the course of five years, people who experienced cyberbullying victimisation were more likely to report poor self-rated physical and mental health and lower levels of life satisfaction.

We need to work together systemically to establish a public level of intolerance for online abuse that becomes part of the DNA of our homes, workplaces, schools and communities.

This prevalence of abuse is not only affecting victims, as those privy to all this hate: research has found that even witnessing cyberbullying can result in significantly higher levels of depression, anxiety and somatic symptoms.

It’s perhaps why I had to walk away from my computer.

I once heard online abuse described as a “headless monster”. How to tackle and tame this beast that globally roams is as complex as the effects themselves, exacerbated by the speed at which our online world and new forms of abuse evolve. A global effort is required, and it needs to be bigger than a special earmarked week or day in the year—it needs consistent attention. With 91% of the 16–24 age group currently the most active online (compared to 51% of 55–64-year-olds), it’s vital that that they be at the table from the outset to discuss and design ways in which to tackle this issue.

Children watch and learn from everything we do—how much online hate is accepted and tolerated will be moulded by them.

At our own community levels, we need to work together systemically to establish a public level of intolerance for online abuse that becomes part of the DNA of our homes, workplaces, schools and communities through consistent action and open conversation around how online abuse is affecting our mental health and those around us.

It needs to become something you just don’t do.

As the UN Human Rights Council stated in 2019, “The same rights that people have offline must also be protected online”.

From my research and the valued discussions I have had this year, here’s a short list of actions I think we can start to take:

Education on how to keep ourselves safe online starts early, as should discussion of and reflection on our own online behaviour in relation to keeping others safe online. As adults, we also need to be models of this. Children watch and learn from everything we do and—as the adults of the future and the drivers of how we will lead our online lives—how much online hate is accepted and tolerated will be moulded by them.

Find out more about the OECD's work on Children, and the OECD Recommendation on Children in the Digital Environment adopted in May 2021

Carol Ann Gvineira
Founder, The Listening Labs
Follow
Carol Ann Gvineria is the Founder of The Listening Labs (www.thelisteninglabs.com) - working alongside people to come unstuck from the weight of difficult communication through the power of listening. She also runs Carol Ann Gvineria Consultancy and is a person-centred facilitator, trainer & curriculum designer with 20+ years’ experience in designing and facilitating learning programmes and events. She brings value through passion, creativity and underpins this with the creation of nurturing and supportive environments. She has worked with a broad range of clients across government, civil society, and the private sector, throughout Europe, the UK, India, and the Caucasus from international to grassroot level. She is interculturally aware, and trauma informed. 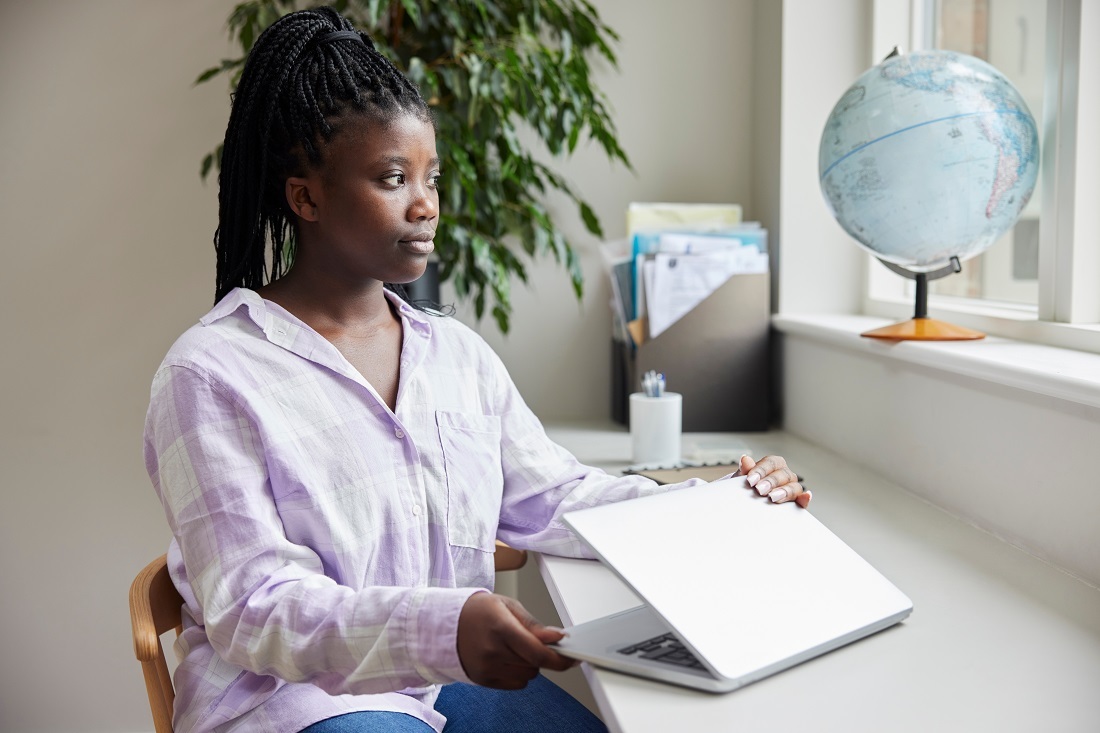 Education on how to keep ourselves safe online starts early, as should discussions on how to protect others. Children—the adults of the future—we will lead our digital lives, and how much online hate, abuse and bullying is accepted and tolerated will be moulded by them.