The OECD and Korea should play a leading role to encourage developing countries to mainstream green growth in national policies and strategies. Their leadership can make the global goal of carbon neutrality materialise earlier. Banner image: Shutterstock/Stock for you

The Ministerial Council Meeting (MCM) held at the OECD Château in June 2009 was of special significance for both the OECD and the Republic of Korea. The financial crisis that began in 2007, when large investment banks went bankrupt due to the subprime mortgage crisis in the United States, eventually spread globally in 2008. The main subject of the 2009 OECD Ministerial Meeting discussion was, in a nutshell, how to rebuild after the crisis, as major countries were taking measures to reform the financial sector and promoting economic stimulus policies. The two-day conference under the theme of “The Crisis and Beyond: Building a Stronger, Cleaner and Fairer World Economy” was chaired by then-Prime Minister Han Seung-soo of the Republic of Korea.

Exploring a road to recovery from the crisis and charting a new path to move towards a stronger, healthier, and more inclusive world economy, the new pathway suggested by Korea was “green growth”. Even during 2009, the negative impact of climate change became stronger day by day, threatening the survival of humankind. The international community was collectively facing the urgent need to reduce greenhouse-gas emissions drastically, so that the transition to a green economy could take place by generating environmentally friendly industries and creating green jobs through active technology development and the expansion of investment. All OECD member countries agreed on Korea’s proposal to work together in order to translate “green” into a new engine of economic growth. Broad consensus was successfully forged to leverage the climate and financial crisis into an opportunity to shift to a new pathway. As a result, OECD ministers adopted the Declaration on Green Growth. It was the first ministerial statement specifically highlighting “green growth” in international organisations.

More on the Forum Network: A landmark occasion in the history of Korea’s relationship with the world by Han Seung-soo, President of the 56th Session of the UN General Assembly; Former Prime Minister, Republic of Korea

The Declaration on Green Growth, although adopted 12 years ago, is still an ambitious document that provides forward-looking guidance, balancing the vision for the transition to a low-carbon society and implementable action items. Through the declaration, OECD ministers looked beyond the crisis of those days. They resolved to strengthen collective efforts to pursue green-growth strategies as part of the response to the crisis and beyond, acknowledging that “green” and “growth” can go hand-in-hand. Following the invitation of the Ministers, over the subsequent two years the OECD developed a comprehensive green-growth strategy to achieve economic revitalisation and environmentally and socially sustainable economic growth, which was submitted to the Ministerial Meeting in 2011. Since then, the OECD green-growth strategy has provided a green lens for more than 20 OECD committees’ activities.

The OECD and Korea jointly initiated and developed global-level discussions on green growth. At the time, there was still a wide misperception that economic growth and environment-friendliness were mutually conflicting policy goals. Sharing various best practices, however, Korea and the OECD have proved that “green” and “growth” are mutually reinforcing and that “green” can become a new engine of economic growth.

After leading the OECD Green Growth Declaration in 2009, Korea created a like-minded countries’ group called “Friends of Green Growth” within the OECD community and continued disseminating successful cases and experiences among members. In 2010, it established the Global Green Growth Institute (GGGI), originally a national organisation aiming to provide technical and policy advisory support on green growth to developing countries. The Institute became an international organisation in 2012, and today has grown to provide both policy services and investment mobilisation in more than 35 developing countries. Korea also became the host of the Green Climate Fund (GCF), established under the UNFCCC, to mobilise and disburse funds to developing countries for their climate actions. The OECD and GGGI are key members of the Green Growth Knowledge Partnership (GGKP), a global community of policy, business and finance professionals and organissations committed to collaboratively generating, managing and sharing knowledge on the transition to an inclusive green economy.

The world is currently experiencing a situation very similar to that of 2009. The COVID-19 pandemic has brought about an unprecedented crisis across the globe. Many countries have suffered a significant economic contraction, and one of the worst jobs crises since the Great Depression was triggered. Facing these challenges, countries are taking every measure to create jobs and “build back better”. Fortunately, the global community is demonstrating a strong political will to achieve a green and resilient recovery, driven by sustainable investment and innovation in both the public and private sectors. Due to the COVID-19 pandemic, the link between environmental sustainability and human disease has become clearer. Also, extreme weather events—including catastrophic wildfires in Australia and California, as well as the recent cold snap in Texas—have alerted people to the mounting climate crisis. A global consensus is being formed that we must respond to climate change through actions with strong resolve and urgency. Also, in the process of creating various stimulus packages to recover economies that contracted owing to COVID-19, many countries, including developing ones, have taken this crisis as an opportunity to make a green transition towards a low-carbon and resilient economy.

Therefore, after 12 years, the green transformation is gaining strong momentum. Net-zero greenhouse-gas emissions has emerged as a global agenda, not only within the European Union but also among many major countries like Korea, Japan, Canada and the United States. These countries have declared net-zero emissions by 2050, and even China has announced carbon neutrality by 2060. This time again, Korea is leading the net-zero efforts. Having announced the Green New Deal as a pillar of its stimulus package, the country is boosting investment in green infrastructure and technology development. To meet the 2050 net-zero goal, major emitting countries are requested to develop Nationally Determined Contributions (NDCs) that set 2030 targets in the range of 40-50% emission reduction. As each NDC delineates how individual countries plan to achieve carbon neutrality, it also can chart a collective course towards the global net-zero goal. President Biden surprised the world in April 2021 by disclosing the plan to reduce the United States’ emissions by 50%-52% by 2030, which was above expectations. The commitment is certainly spurring other countries to take strong action. While Korea’s commitment to net-zero by 2050 was enthusiastically welcomed around the world, the next step is how to translate the goal into action, particularly through a strongly enhanced NDC. As President Moon Jae-in has promised to submit a more ambitious 2030 emissions reduction plan, the world is now waiting for Korea’s figures.

Twenty-two years ago, Thomas Friedman’s book “The Lexus and the Olive Tree” described “globalisation” as the new international system that shaped world affairs. He emphasised that globalisation was not just a phenomenon or a passing trend, but the international order that replaced the Cold War system. Like globalisation, carbon neutrality is the new global system to replace the one based on fossil fuels. The OECD and Korea should play a leading role to encourage developing countries to mainstream green growth in national policies and strategies. Their leadership can make the global goal of carbon neutrality materialise earlier. 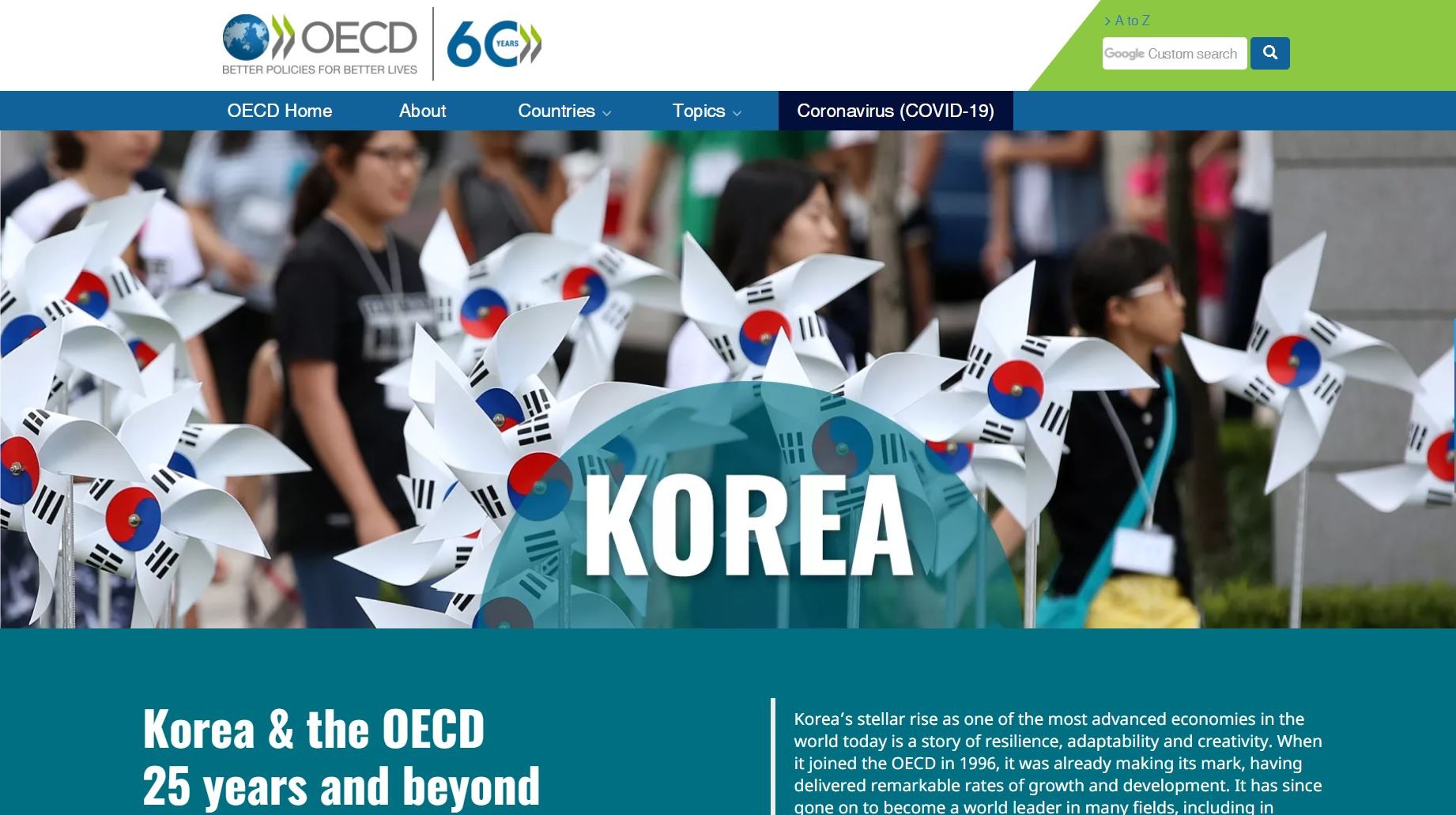 Find out more about the OECD's Focus on a green recovery 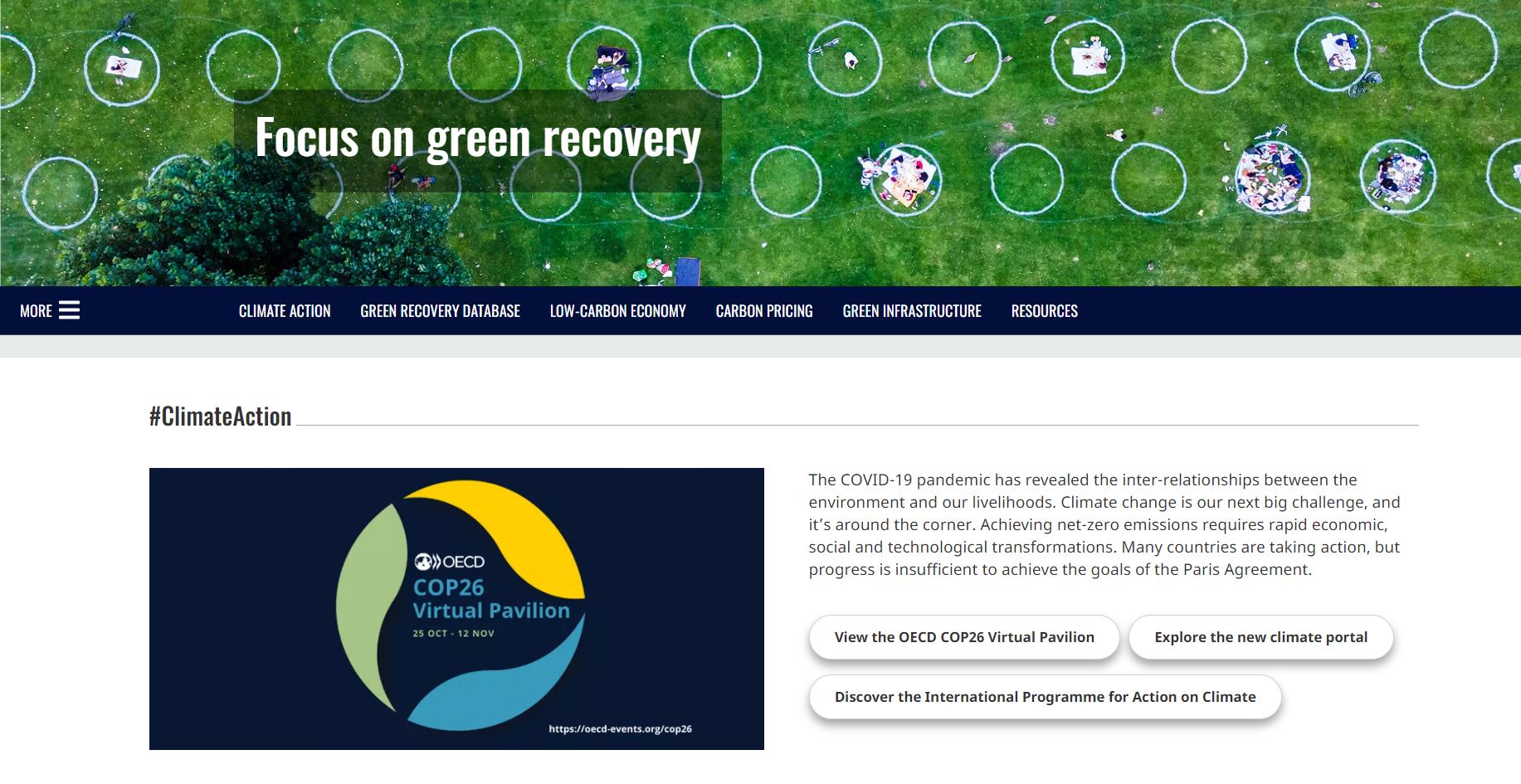 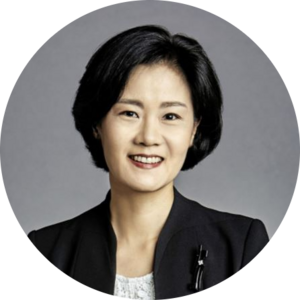 Amb. Hyoeun Jenny Kim is Ambassador and Deputy Minister for Climate Change in the Ministry of Foreign Affairs of the Republic of Korea since July 2021. She is also chief negotiator of UNFCCC Paris agreement, representing her country. Before taking the role, she was Deputy Director-General of the Global Green Growth Institute (GGGI). GGGI is a treaty-based inter-governmental organisation supporting developing countries and emerging economies to achieve economic growth and environmental sustainability together through following new pathway of green growth. She was responsible for managing GGGI’s in-country operations in more than 35 countries, supporting low carbon economic growth in line with Paris Climate Agreement and UNSDGs. From 2016 to 2018, she was the Ambassador of the Republic of Korea to Senegal and five neighbouring countries. She contributed to build strategic relationship on development co-operation between Korean and West Africa. During 2013 to 2016, as the Director for Strategy, Policy, and Communication at the GGGI, she led the development of GGGI Strategic Plan 2015-2020, governance structural reform, and outreach. As a career diplomat in Korean Ministry of Foreign Affairs, she served as Director for Climate Change and Environment Affairs and Director for World Trade Organization (WTO). She served as the Vice-Chair of Trade and Environment Joint Committee of the OECD and the Chair of Budget and Management Committee of the APEC. She earned her Bachelor’s in political science and diplomacy from Yonsei University in Seoul and the Master’s degree from the Jackson School of International Studies at the University of Washington in Seattle. She is married with one son. She wrote A Diplomat Must Be a Multiplayer in 2008, describing life of diplomats. Her second book, titled Audacious Challenge to International Organizations, was published in 2013. She also supervised publishing However Long the Night in Korean translation in 2019.