Networks succeed if they are able to remove the distance between people and nurture a degree of trust between them. In the era of COVID-19, how can leaders reconfigure their workplaces in a way that prioritises social engagement and closes the distance? Banner Image: Basic Books
Julia Hobsbawm
Writer; Social Health, The Nowhere Office
Follow
Like Liked by André F VIEIRA and 2 others
0

Adapted from the fourth chapter of The Nowhere Office: Reinventing Work and the Workplace of the Future. Copyright © Julia Hobsbawm 2022. All rights reserved.

As the Nowhere Office era began in 2020 a new networking era dawned. During lockdowns WhatsApp group usage soared by 40 per cent as isolated professionals realised that for all of its faults the office provided some kind of in-built network structure they had to remake alone. The management writer Frances Cairncross famously described the internet era as ‘the death of distance’ but the Nowhere Office sees its rebirth. […]

Networks succeed if they are able to remove the distance between people and nurture a degree of trust between them. Physical proximity often favours influence. There is a famous YouTube video of a man dancing in a field in the Sasquatch! Music Festival in 2009, which is regularly shown at leadership conferences because within minutes he has influenced an entire group sitting on the grass around him to join in.

A network can emerge from almost anywhere, but it must emerge from somewhere – a cocktail party, a chance encounter at the elevator or in the airport lounge. Conversations that might appear to be marginal can end up being vital: the periphery can often be as important as the centre. Network science is all about the distance between hubs and nodes, and for people a famous study by the sociologist Mark Granovetter in 1973 entitled ‘The Strength of Weak Ties’ showed that the informal, peripheral connections such as a social introduction rather than formal job application were often more successful. [...]

Harnessing the knowledge and connections of a network of workers who are often and intermittently far from each other geographically is a critical challenge for leaders.

There is another dimension to the periphery. The organisa­tional network analysis (ONA) expert Rob Cross coined the memorable phrase ‘highly peripheral people’ to describe the hidden assets of knowledge and insight tucked away inside organisations. Referring to those in whom ‘untapped expertise and underutilized resource resides’ Cross found they were often far from the corner office. Harnessing the knowledge and connections of a network of workers who are often and intermittently far from each other geographically is a critical challenge for leaders. Bringing people in from the periphery and hearing their contributions regardless of their job titles or status will become vital as organisations inevitably flatten. It might even be said that the network approach will end the silo structure, which is the bane of organisational life because at the heart of great networks is one thing above all: diversity.

Read more on the Forum Network: The New Geography of Work: Realising the Promises of Remote Work for Local Development by Anthony Gooch, Director of the OECD Forum

Networks need to be structurally diverse, cross-sectional and span different disciplines, ages, class, race, gender to generate what has become known as the diversity dividend or the diversity bonus. This refers to the tangible benefits, not just moral but practical and financial, of having a diverse empowered workforce. Businesses and teams that include a range of different kinds of thinkers from different backgrounds systematically outperform more homogenous groups in terms of innovation. […] Plainly, diversity works at work.

The opposite of diversity is a limiting and ultimately stul­tifying groupthink. It creates mono-mentality, the kind that led disastrously to the sub-prime mortgage crisis or the cover-ups and silent acceptance of the culture which resulted in #MeToo. When everyone is either hired in the same image, or comes from the same social groups, healthy networks do not develop. Worse, they shrink. Not allowing for dissent, for different expertise and opinion, is not only immoral but tremendously costly too. […]

The shift from a place and task-based working culture to one focused around people will require both new networks and new confidence to go out and network. An IBM survey famously found that high performing organisations were 57 per cent more likely to invest in collaboration and social networking. Organisations wishing to equip their hybrid workforces for the new working environment would be wise to increase the invest­ment they make in allowing their employees time and budget to develop contacts. The global restaurant business lost $240 billion in revenue during the pandemic; allowing more working lunches will be a smart investment as well as a boost to the economies of cities and suburbs alike.

The idea of the long lunch, or the liquid lunch, to oil the wheels of a deal is rooted in the intrinsically social aspect of hospitality with another person. Networks work best with trust and intimacy. Breaking bread or being social around food and drink is an incredibly fast way to achieve trust. Eating together may be the biggest single network advantage someone can have compared with connecting purely online. […]

Offices need to be redesigned and repurposed not just to attract workers back (and install or upgrade vigorous ventila­tion to do so safely) but in a way that also recognises the need to improve offices that are not well designed for networks. Entrepreneur investor Tom Adeyoola thinks that office networking was a benign accident, not a carefully constructed design:

I think the office always used to be effectively a lazy construct that allowed serendipitous events to happen within the office environment helping networks happen in an almost semi-autonomous way. That’s fine. Now as hybrid takes hold we will need to deliberately structure manage­ment and the connectivity that happens to bring everything and everyone together constructively.

The requirement to bring people together to give them purpose and cohesion is real. Brooke Masters, noted this pres­ciently in the Financial Times in early 2021:

Many of the youngest workers have never met their bosses in person. Juniors feel less connected to the institution, and seniors find it hard to judge when underlings are struggling. That’s one reason why many are pushing to get people back to the office.

If this kind of networking is so important yet difficult to recreate in the Nowhere Office perhaps employing a chief network officer is a logical next step. There is a role at a practical level for hearing people’s views, noticing reticence and building confidence, resilience and inclusion. Organisations that organise check-in meetings for teams build trust and networks, as well as capturing vital information that may be at the periphery but needs to come into focus at the centre. [...]

There is a role at a practical level for hearing people’s views, noticing reticence and building confidence, resilience and inclusion.

In oncology there is a role called the ‘nurse navigator’ who joins up the process for a patient on their painful and fright­ening journey through treatment. Any patient with a chronic serious condition knows that you enter a world of uncertainty and complexity. Often there are layered consultations, meet­ings, venues, all of which require joining up. That is what the nurse navigator does. The Nowhere Office needs a navigator too to connect disparate opinions and draw the threads together.

This is because in a placeless world, in a world without the usual signage, we need to create new navigation systems, new roles. Being worried about fitting in and needing help onboarding is one kind of networking need. Being listened to when you have a great idea or want to push back on a deadline for good reason is a different kind again. New networks, new measurements and new navigations: it’s all much more possible, not less, in the Nowhere Office.

So the challenge for leaders is to reconfigure their work­spaces to prioritise social engagement, while promoting take-up of digital social networks in a way that is productive and builds corporate cohesion. The old model of scaled networking (conferences) or no networking is unlikely to remain viable. Instead, we will see a new centre-stage role for networks in the Nowhere Office, possibly with traditional trade unions playing catch-up, and most certainly a mash-up of in-person and digital interactions. We will experience a more diverse way of deploying people’s experiences, perspectives and lifestyles, which drives social capital and embodies the true meaning of diversity.

Find out more about The Nowhere Office: Reinventing Work and the Workplace of the Future, by Julia Hobsbawm (Published in Feb. 2022, © Basic Books. Link for US Readers)

Inclusive Growth, The New Geography of Work: From home, near home and beyond

The Nowhere Office, by Julia Hobsbawm 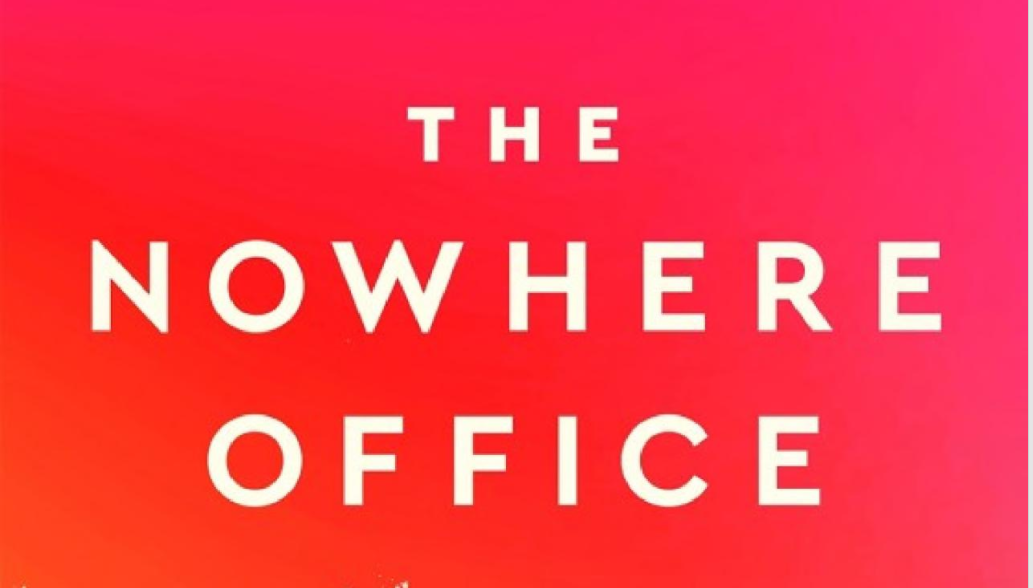 Networks succeed if they are able to remove the distance between people and nurture a degree of trust between them. In the era of COVID-19, how can leaders reconfigure their workplaces in a way that prioritises social engagement and closes the distance?