Just a few days after the latest round of climate talks concluded at COP27 in Egypt, diplomats have traveled to Montreal to negotiate what we hope will be a landmark agreement on nature at COP15. The crises of nature and climate are intertwined, locked into a vicious cycle exacerbating each other. It is our chance to unlock nature-based solutions for climate change, which will also deliver so many other benefits for biodiversity and for humanity.

We cannot solve the climate crisis without protecting and restoring our natural environment. The world’s forests are estimated to store the equivalent of a century’s worth of CO2 emissions at current levels; the ocean’s phytoplankton annually absorb the CO2 equivalent of four Amazons. Climate change, meanwhile, is placing unbearable pressures on vital species and ecosystems. Warming oceans threaten marine biodiversity. Droughts and wildfires are already decimating ecosystems: during the 2019/2020 summer, Australia’s bushfires destroyed an area the size of Portugal, killing up to 1.5 billion wild animals.

As negotiators meet at COP15 in Montreal to negotiate a Global Biodiversity Framework (GBF) within the Convention on Biological Diversity (CBD), they need to apply lessons learnt from the Paris Agreement to ensure that COP15’s outcome puts us on a path towards addressing both crises.

Nature is a bulwark against climate change—and will be critical to our efforts to halt global warming. As our recent Our Climate’s Secret Ally report shows, natural systems have substantially buffered us against the effect of our greenhouse gas emissions. Almost one quarter of emissions over the last 10 years have been absorbed by the oceans, and nearly a third by plants, animals and soils on land.

A climate ally in nature

The post-2020 framework under discussion is a once-in-a-generation chance to set the world on a new course to address accelerating biodiversity loss with all the benefits this brings to us.

Nature also offers protection against the impacts of climate change, helping to protect people against extreme weather and rising tides. Coral reefs, wetlands and mangroves can protect against storm surges, while forests can soak up excess rainwater, preventing run-offs, landslides and damage from flooding.

The importance of nature to stabilising our climate underscores what is at stake in Montreal at COP15. Not to mention nature’s other existential contributions to humanity beyond climate stability: from water and food security and fighting malnutrition and poverty to supporting human health and well-being. The post-2020 framework under discussion is a once-in-a-generation chance to set the world on a new course to address accelerating biodiversity loss, with all the benefits this brings to us. It must be strong, ambitious and hold governments accountable for delivery.

Here, negotiators can look to the previous UN climate talks for pointers. Notwithstanding the disappointing progress at COP27 at Sharm El-Sheikh, the UNFCCC created, in the 2015 Paris Agreement, an effective framework to put the world on a pathway towards a net-zero emissions future.

Fundamental to the success of the Paris Agreement was that it set the direction of travel without becoming bogged down in the detail. Its overall goal—of holding global warming to below 2°C, and ideally below 1.5°C—is clear, straightforward and unambiguous. It has been translated into the net-zero emissions by 2050 targets that are today driving our energy transition. Critically, it has created accountability and a “ratchet” mechanism that measures progress, and which allows targets to be increased in line with our evolving scientific understanding.

As we have seen all too painfully at COP27, the climate negotiations do not get any easier; there remain crucial areas where consensus remains elusive. But, in big-picture terms, most governments and businesses consider the Paris Agreement to provide firm foundations on which to build the international response to climate change.

… to drive success in Montreal

So what does a successful Global Biodiversity Framework look like? It must set a clear mission—namely to halt and reverse biodiversity loss by 2030 and achieve a nature-positive world—so that by the end of the decade we have more nature than at the start. This will ensure a crystal-clear and measurable goal, analogous to the 1.5°C threshold set by the Paris Agreement.

Critically, it must be human rights-based and ensure the participation of the local communities and indigenous peoples who are most dependent upon natural systems.

In order to deliver a nature positive mission, a successful GBF needs to have five elements:

In Montreal, we would consider agreement on a GBF that incorporates these five elements as a successful outcome. But we should be in no doubt: it would only be a first step. The implementation that follows will be key.

Inevitably, there will be governments that will resist an ambitious agreement. They must not be allowed to hold the talks hostage. It is critical that the countries that have already publicly committed to a strong GBF hold their ground and put all their efforts towards an effective global agreement, both to protect nature and to keep 1.5°C alive.

Despite the challenges negotiators in Montreal will face, we remain confident that the overarching objectives can be agreed upon, with a framework that ensures environmental and social integrity and effective implementation over time. The only path to a people-positive future is a nature-positive one.

Learn more about biodiversity policy with the OECD's response and read also the OECD report Biodiversity, natural capital and the economy, A policy guide for finance, economic and environment ministers

Marco Lambertini
Director General, WWF International
Follow
Marco Lambertini is Director General at WWF International, the truly global organisation founded in 1961 who works to build a future where people and nature live in harmony. WWF network operates in over 100 countries with over 5,000 staff and 5 million supporters. Marco was born with a strong fascination for wildlife and at a very young age was a volunteer conservation leader in local and national conservation NGOs in Italy. At 16 was the coordinator of his home town conservation volunteers. Marco has since conducted extensive field research, co-ordinated nationwide and international conservation awareness campaigns, developed pioneering ecotourism ventures, managed private nature reserves, lobbied for national and international environmental legislation, directed local, national and international NGOs, developed social enterprises and community based initiatives, and engaged with international conventions on biodiversity and sustainability. Marco has authored several scientific and popular publications, including “A Naturalist’s guide to the Tropics” (Chicago University Press) and “Safari in Africa” (Muzzio). The conservation achievements he is most proud of include: - Large-scale changes of attitudes and practices towards wildlife in Italy; - Lead role in the establishment of the Tuscan Archipelago National Park, the largest marine protected area in Europe; - Lead role in the Harapan Rainforest initiative in Sumatra, the world’s first large-scale forest restoration concession; - Supporting the development of truly indigenous conservation organisations in key countries like Brazil, Indonesia, Madagascar. 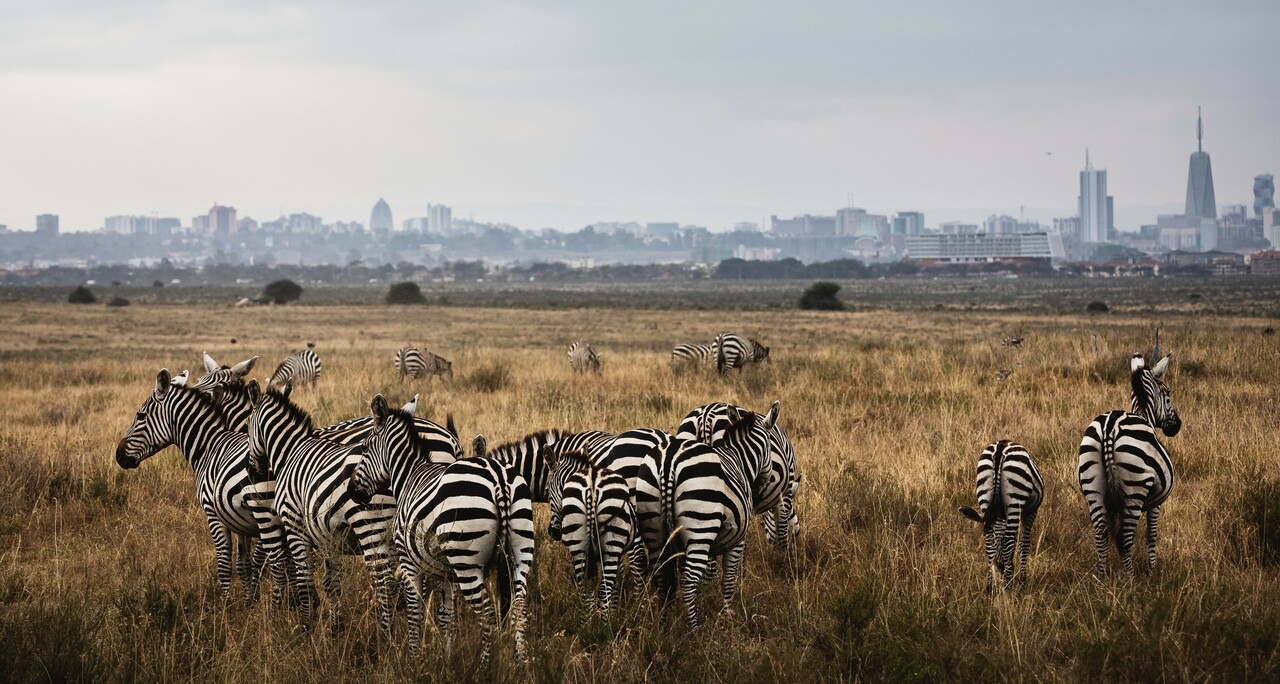 We cannot solve the climate crisis without protecting and restoring our natural environment. As diplomats gather in Montreal for the COP15 biodiversity conference, Marco Lambertini, Director General of WWF International, explains what a successful Global Biodiversity Framework would look like.