It is evident that gendered political disinformation is a powerful tool used to exclude women from high-profile careers. This threat has devastating effects not only for women, but also for democracies everywhere. Banner: Shutterstock/xcrisvillanueva
Paulina Ibarra
Executive Director, Fundación Multitudes
Follow
Like Be the first to like this
0

Women, unlike their male counterparts, face barriers designed to keep them out of public life by questioning their capacity to hold public office and be active citizens in democracy. Gendered political disinformation is one of these barriers as it is used to question the qualities and capacities of women to be leaders, reinforcing pre-existing sexist beliefs, stereotypes and tropes like the "hysterical woman", the "bad mother" or the "disloyal wife".

Today we see co-ordinated cross-border disinformation movements led by big groups of interest against high-profile women who hold key positions in democratic institutions and propose disruptive reforms. This happened with the U.S. Vice President, Kamala Harris, during the 2020 Presidential Elections, and Elisa Loncon, former President of the Constitutional Convention in Chile.

Madam Vice President Harris was accused of not being African-American and having an affair with a married man, while President Loncon was accused of meeting former dictator Augusto Pinochet, and swimming naked in a hotel pool after an official event. In both cases, the narratives disseminated through social media platforms had the objective of discrediting them as representatives of historically marginalised communities and “respectable women”.

Another example that clearly shows the impact of disinformation on women's political participation is the case of German Green chancellor candidate, Annalena Baerbock. In the beginning of her candidacy, a fake nude photo insinuating Baerbock’s involvement in sex work circulated throughout social media. Since then, she faced numerous disinformation campaigns online. Avaaz, a civil society organization, reported that in more than 70% of the cases that were analysed, more disinformation was spread about Baerbock than any other candidates. As a result of this brutal campaign, voting intention towards her candidacy dropped by almost 30%.

It is evident that gendered political disinformation is a multidimensional phenomenon, used as a powerful tool to exclude women from high-profile careers by sowing doubt.

The Observatory of Women Against Disinformation, an initiative of Fundación Multitudes, has carried out different studies to verify this phenomenon in the Global South, as the majority of existing research focuses on the Global North. Last year the Observatory carried out a survey of women Chilean parliamentarians and members of the Constitutional Convention about their experience facing disinformation. The results were astonishing: 93.5% of the women parliamentarians and 61.4% of members of the Convention said that they have been victims of disinformation as a form of online gender violence, and almost 100% normalised the relationship between politics and violence.

Furthermore, in 2021, Multitudes conducted a survey among Chilean young women activists about disinformation as a threat to a future political or public career. Almost 56% said that receiving this type of violence could result in their decision to withdraw from activism or being a candidate for political office in the future.

It is evident that gendered political disinformation is a multidimensional phenomenon, used as a powerful tool to exclude women from high-profile careers by sowing doubt. Disinformation encourages suspicion and distrust of women who publicly counter norms. It makes us question whether they belong among, or are capable of being decision-makers. This threat has devastating effects not only for women, but also for democracies everywhere.

To build trust and reinforce democracy, we must face the different fronts on which gendered disinformation is expressed and ensure the participation of women in high-level positions of our societies. Different research studies show that more women’s representation means more stability, equality and social welfare for the societies they help lead, as they prioritise health, education and development and their participation boosts citizens’ confidence in democracy.

The first step to fight gendered political disinformation is to recognise it as a public problem that affects all citizens. This must be done in different scenarios, particularly the ones that bring together key stakeholders of our societies, such as the Organisation for Economic Co-operation and Development (OECD). The session Addressing barriers to women’s democratic representation, to be held at the OECD Global Forum “Building Trust and Reinforcing Democracy”, is an exceptional example of significant platforms that gather committed multistakeholder to build action-focused solutions.

We must all come together—governments, academia, companies and civil society—to create an environment where women in all their diversity, as well as gender-diverse people, are protected.

At the session, Fundación Multitudes will propose holistic strategies to be built at the institutional and sociocultural levels, which consider the particular information structures of each country. We have a preventive focus, based on evidence and prioritising policy and legal recommendations with an intersectional feminist approach.

These solutions will include actions that should be implemented by social media companies to prevent online gender-based violence and mitigate the impact of these attacks, considering the intersection of vulnerabilities. Social media are a big part of the problem, however they are not part of the current discussions.

We must all come together—governments, academia, companies and civil society—to create an environment where women in all their diversity, as well as gender-diverse people, are protected; we need an overarching structure that regulates and sanctions online gender-based violence and promotes their civic and political leadership. It’s time for us all to move from theory to practice.

Paulina Ibarra
Executive Director, Fundación Multitudes
Follow
Paulina Ibarra is a Chilean development communications and advocacy expert with more than 20 years of professional experience in the U.S., Latin America, and the Caribbean. She has worked with the Open Government Partnership, the World Bank, and former UN High Commissioner for Human Rights, Michelle Bachelet, during her second presidential campaign in Chile. Currently, she is leading the Women’s Observatory Against Disinformation and Fake News, which supports women's violence-free participation in democracy.

Closing the Dream Gap: Why representation is key to empowering and inspiring girls 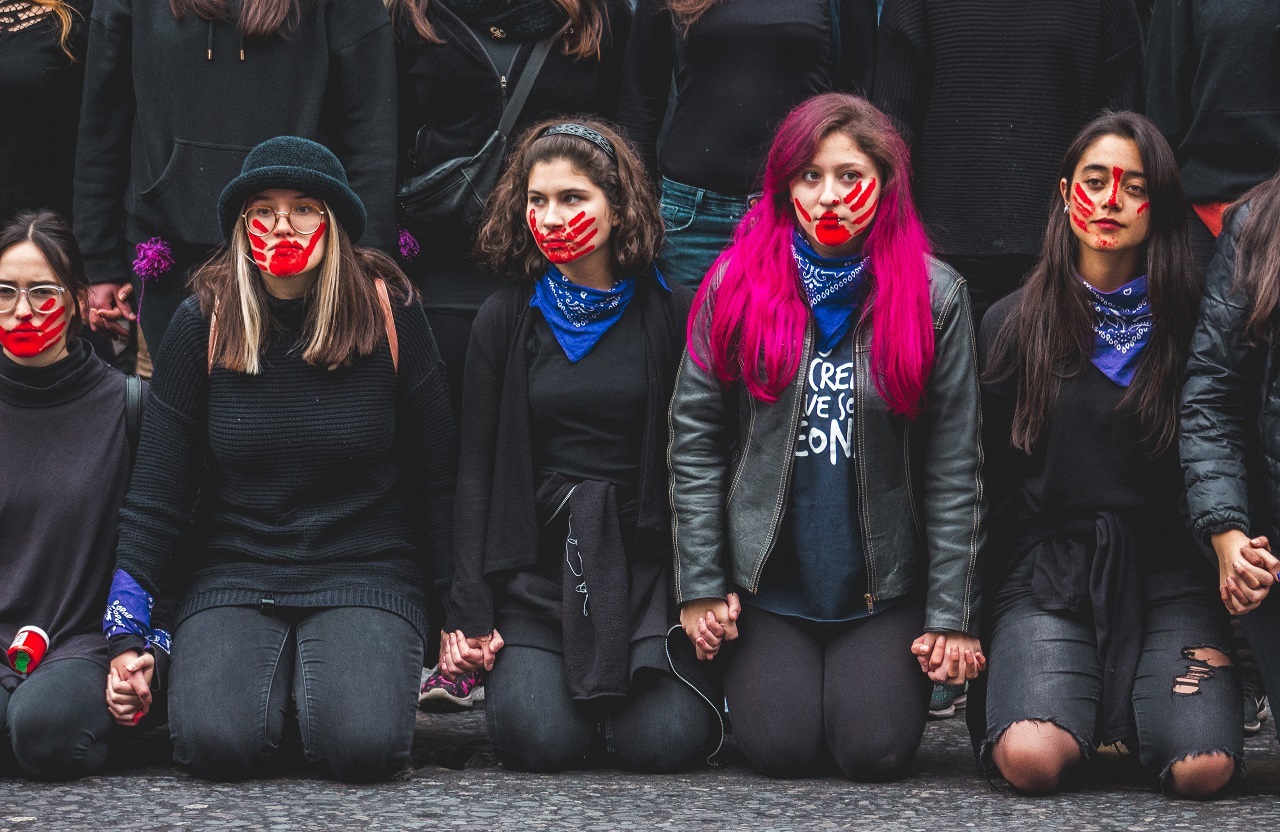 It is evident that gendered political disinformation is a powerful tool used to exclude women from high-profile careers. This threat has devastating effects not only for women, but also for democracies everywhere.