Let’s build with nature, not over it

Natural diversity is vital for our capacity to cope with unexpected changes. How can the entities leading the green transition ensure that a diversity of actors bring about a transformation inclusive of ecological considerations? Shutterstock: Banner image/Mike Workman

Finding inspiration for the opening paragraph of an op-ed always seemed to me quite a tricky exercise. This time, though, I only had to go back to my internet browser, which was left of open at the following tab: Next-generation ensemble projections reveal higher climate risks for marine ecosystems. I dedicate my career to ocean protection policy, and this new Nature article was how I begun my day. I wish I could say this was exceptional. But truth be told, such dramatic science pieces have already soured countless morning coffees since I started my career. And truth be told—again—I still fit into what is usually classified as an “early-career professionals”.

The thing is, this article only piled up on the top of many others: undoubtedly, the necessary science to take action is there. Actually, it has been around for quite a while already. The first Intergovernmental Panel on Climate Change (IPCC) report was published as early as 1990. The report referred to the “ocean” and the “sea” combined 275 times and already stated, “Global warming will accelerate sea-level rise, modify ocean circulation and change marine ecosystems, with considerable socioeconomic consequences”. In 1995, the year I was born, the IPCC’s second assessment report already reflected on the integrated dimension of the climate issue, which is completely intertwined with various other forms of anthropogenic disruptions, warning that “impacts would add to modifications in the functioning of coastal oceans and inland waters that already have resulted from pollution, physical modification and material inputs due to human activities”. When I got old enough, I ventured out at sea to go surfing, only to witness my local marine environment swiftly shifting. Later, I learned that the driving factors at play were known and shared with policy makers for more than a decade already. From this perspective, 30 years after the first IPCC report the United Nations Framework Convention on Climate Change (UNFCCC) COP26 is not just a second-to-none opportunity to debate and agree on how to address climate change at a global scale. It is also the moment to finally deliver on a long-overdue need for concrete action.

Many solutions have already been brought forward to address climate change, be it from a mitigation or an adaptation angle. Just as the science that underpins their necessary implementation, they are henceforth well-known. In nature, diversity is key to resilience. As a young person, I can therefore only support the multiple and multiplying forms of “transitions” designed to address climate change. I believe that modifying our systems will indeed require fundamental shifts in mindsets, some trials and most likely some failures, from which we will learn and progress. The possibility to explore, take some risks and sometimes fail should be better supported and accepted, which I fear is sometimes not so easy in many of our over-rationalised societies.

Read more on the Forum Network: Towards Net-zero in Fossil Fuel-Developing Economies: Is the burden fairly shared with importers?, by Kelechi Ofoegbu, Senior Technical Assistant, Minister of State for Petroleum Resources of Nigeria

Diversity, I said already, is vital for our capacity to cope with unexpected changes. I believe this means we need room not only for additional, original actors, but also room for those that are already here but not listened to. The entities leading our way to the “new” world, be they economic, political or administrative, must ensure they are inclusive enough so that we do not end up with old actors simply wearing new masks to act the same play all over again. As an example, let’s consider the 2019 International Renewable Energy Agency report Renewable Energy: A Gender Perspective. It investigates women in renewable energy, a sector coined as one of our main ways forward to cope with climate change. Key findings include that “in close to half of all participating private sector firms, men represent[ed] at least 75% of board members”. My personal, empirical experience with ocean policy and offshore energy is consistent with those numbers. The “transition” must not become a new normal.

Lastly, I would like to associate with those who recall that climate and biodiversity are two sides of same coin. In the Earth system, there is interplay between climate and life. Therefore, it does not make sense that our related science or policy are built in silos. For instance, marine ecosystems do not only undergo climate change: they also play a key role in the global carbon cycle. When they are preserved, so is our climate. Furthermore, mangroves or seagrasses are not only “blue carbon sinks”, but they also contribute to protecting coastlines and islands against erosion or extreme weather events. They also constitute habitats for many species to thrive, which in turn can support our communities through fishing or tourism. That is why the climate transition should go hand in hand with the ecological one. To my mind, destroying blue carbon sinks to build offshore infrastructures, even for renewable energy purposes, hardly makes any but short-term economic sense. On the other hand, provided that the necessary safeguards are respected, the association of such infrastructures with restoration projects can also offer promising venues for scenarios benefiting climate, nature, and humans. Let’s build with nature, not over it.

It is my hope that the UNFCCC COP26 will contribute to paving the way towards more integrated environmental policies, which would better reflect the complexity of our Home. Looking ahead, in the wake of the UNFCCC COP26, the 2022 COP15 to the Convention on Biological Diversity should also already be considered as a major opportunity to jointly address the biodiversity and climate change crises.

Read the policy paper Biodiversity, natural capital and the economy: A policy guide for finance, economic and environment ministers, which shows how Finance, Economic and Environment Ministries can drive the transformative changes required to halt and reverse the loss of biodiversity. 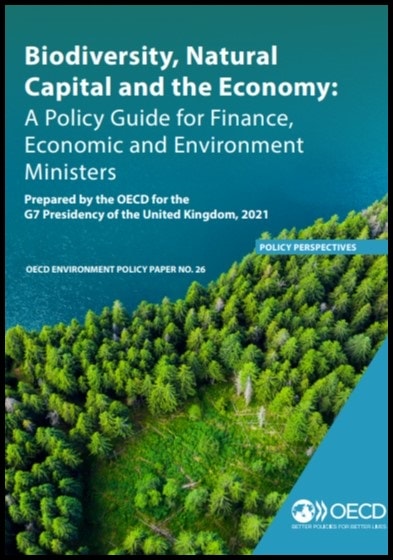 Back to Climate
Next

A Truly Global Commitment: We need the private sector and world leaders to achieve net-zero 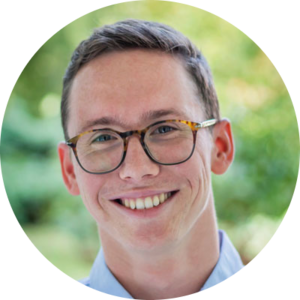 I'm International Ocean Protection Officer and Whaling Commissioner at the French Ministry of Europe and Foreign Affairs. Previously, I worked as Ocean Policy Officer at the WWF European Policy Office, Brussels. My previous professional experiences included South Africa and Hong Kong. I also graduated from the French Navy Reserve officer training. I studies at the Institute of Political Studies of Rennes and the College of Europe in European and international affairs. I am passionate about ocean and polar affairs.