What should journalists do to improve their contribution to societies that need to know more about the climate crisis?
Luca De Biase
Media Ecology Research director, Reimagine Europa
Follow

At the European Science-Media Hub (ESMH) Summer School on June 9, 2022, together with Vitalba Crivello, I participated in a discussion on how to improve journalism that deals with complex issues— starting with climate. We took testimonies from four leading journalists and questions from dozens of international journalists who were taking the course. The latter turned out to be as important as the former.

Climate is a complex topic, one that is understood by following the evolution of scientific knowledge, learning to handle large amounts of data, and recognising its political divisiveness.

Climate is probably the most cited example when it comes to complex systems, and journalism—which itself is confronted with the complexity of the new media ecosystem emerging through the spread of digital technologies—can learn how to better perform its task. Linear solutions that focus on individual articles or pieces of information without context of the reality being told and the media reality, can only have limited impact.

The project of renewing journalism is necessary, difficult and fascinating.

On the one hand, some elements of journalism should not change: it is defined as a discipline that serves to produce information that is documented, accurate, independent of sources and oriented to serve public interest as best as possible. But on the other, the way of engaging with the public; the selection of news; the awareness of the contribution that information makes to the construction of the grand narratives that society develops to interpret reality; all this and more is changing profoundly.

The case of climate journalism is emblematic. Climate is a complex topic, one that is understood by following the evolution of scientific knowledge, learning to handle large amounts of data, recognising its political divisiveness.

The Reuters Institute for the Study of Journalism notes that the climate crisis is a hot topic among the public, with significant differences from country to country. In Kenya and Chile, 90% of people think climate change is a very serious issue; in Italy 74% and Spain 77%; in France 63% and Germany 58%; and in the United States 56% and Sweden 50%. Katherine Dunn of the Oxford Climate Journalism Network discussed this.

But the topic is deeply divisive: in the United States and Sweden, between 18% and 26% of people on the political right think the topic of climate change is serious, compared to between 75% and 89% of those on the left in the same countries.

Television is the most popular source of information on the topic (35%); general newspaper sites are the source in 15% of cases and specialised publications 13%. Family conversations are over 6%, so a slightly more important source of news than hardcopy newspapers and radio combined (5%).

Young people are more convinced than older people of the danger, and they tend to use alternative sources to television and official newspaper sites more to stay informed.

So, what can journalists do to improve their reporting on this topic?

First, they can take into account not only individual news stories but the overall impact of their work. And second, they should realise that climate is an issue that now pervades many sections, from those covering energy and transportation, of course, to economics and politics. Less specialised types of journalism use up-to-date, scientifically accurate knowledge of climate change to do their work. And the same is true in society: those most interested will go to see what specialised journalists write, and everyone else will hear about it second hand in various areas of the information ecosystem. So journalists need to focus on doing their traditional job well; Fiona Harvey of the United Kingdom’s Guardian is a true cultural leader on this issue. Harvey is among the newspaper’s journalists who are pushing to move past the concept of "climate change" and replace it with "climate crisis" and "global warming." This is to underscore its seriousness. Indeed, the narrative that shifts the whole problem far into the future—interpreting the phenomenon as a change, not a devastating emergency—is connected to the interests of organisations that prefer stalled or ineffective policies on the subject. Harvey argues that climate is now an issue to be presented as "immediate" and to be followed on a daily basis.

There is also a need for constructive journalism, capable of framing the topic in a way that offers solutions to the problem and possibilities to be explored, if not opportunities to be seized.

Adam Vaughan, of science and technology magazine New Scientist, suggests winning attention by focusing on emotional stories. His reports from flooded areas in Germany had a great impact precisely because of the emotion evoked by the broken lives of so many people whose homes and villages had been invaded by rivers of mud. An extreme event that was clearly related to climate change.

And Alok Jha, of the Economist, suggested that we should learn to use data better and better, taking into account the complexity of sources and numbers to offer non-trivialising but usable information for the public.

The Oxford data, moreover, show that at least one-fifth of the population refuses to read the climate emergency news because of the anxiety they generate. This suggests that there is also a need for constructive journalism, capable of framing the topic in a way that offers solutions to the problem and possibilities to be explored, if not opportunities to be seized. This seems to be an emerging approach in journalism, even if it is not as prevalent as showing only the devastating effects of the climate crisis.

For some journalists, it is possible that climate information production may morph in activism. After all, young people's lives are immersed in an array of information relayed by influencers and organisations that are not necessarily journalistic, even if they do reporting. Journalists who participated in the ESMH Summer School broadly though that journalism should be kept distinct from any partisanship; independence from organisations that have an agenda is essential to the quality of journalism. Mr Jha admitted that in private life journalists can have their own ideas and can be transparent about that, but the partisan positions of journalists should not influence the journalism they engage in for work. Not an easy distinction, evidently. Attempting to keep the discipline of journalism clear of journalists' biography or newspaper inconsistencies requires a subtle understanding of the subject matter, and a very demanding intellectual goodwill. This is not always possible. But success might be more likely if we understand that the discipline of journalism can be adopted and developed even by those who provide news without being journalists, or operate in media without being newspapers.

The point is that the phase of uncontrolled and uncritically accepted expansion of digital platforms is over. They may have taken the role of organisers of knowledge and information, but they have not been concerned with the quality of knowledge. Their incentive systems have led them to focus on winning public time and attention, not on the cultural and social value of the information they have made available. Journalism can be a discipline that, with others, can be put at the service of the next innovative wave of digital media: a wave focused on awareness of the dynamics of the media ecosystem and the goal of the better quality knowledge that emerges from it.

Photo: “Write In Journal” by Walt Stoneburner is licensed under CC BY 2.0.

Read the OECD report 21st-Century Readers: Developing Literacy Skills in a Digital World and find our more about the OECD's Programme for International Student Assessment (PISA) 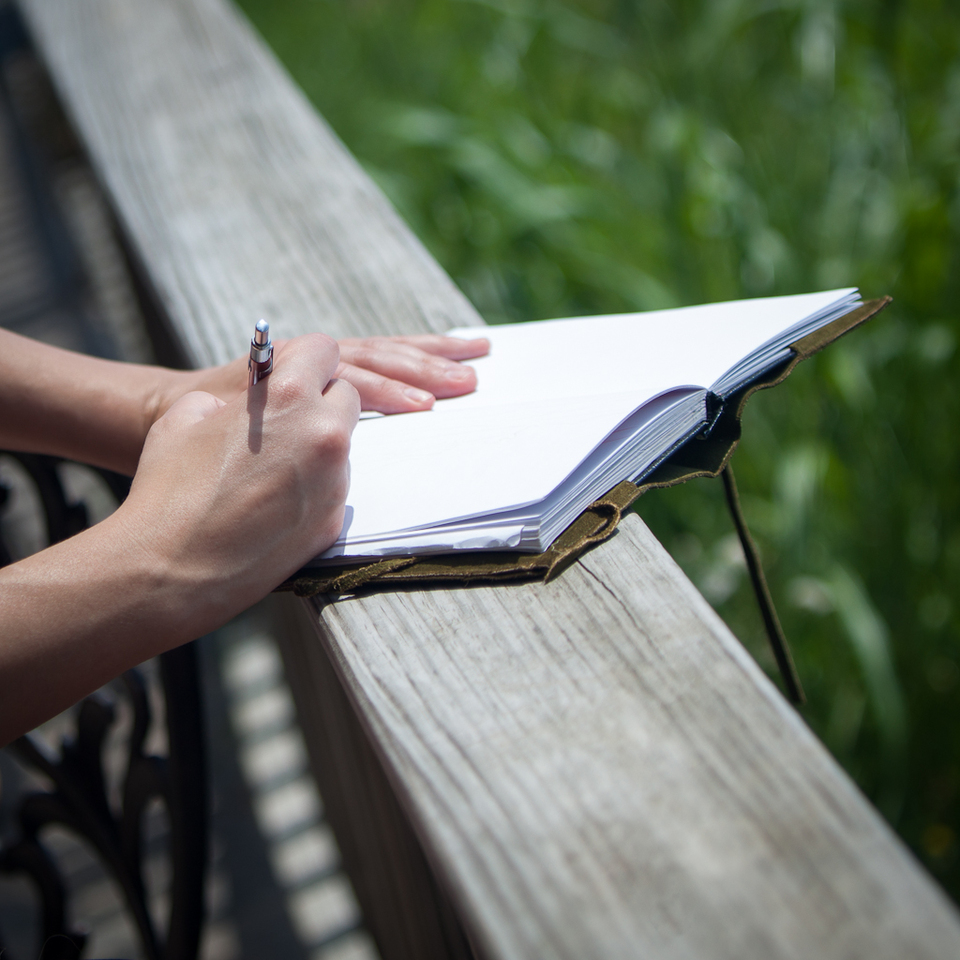 What should journalists do to improve their contribution to societies that need to know more about the climate crisis?