The high economic cost of gender inequality has been proven time and time again. We all can—and should—play a role in creating a more just and equal society, because closing the gender pay gap is not only a women’s responsibility. Banner image: European Women's Lobby
Réka Sáfrány
President, European Women’s Lobby
Follow
Like Liked by André F VIEIRA and 2 others
0

Each year, we mark International Equal Pay Day—a day that reminds us all of the persistent pay inequality women are confronted with globally. Although it is important to raise awareness of this issue, women and girls around the world need more than social media campaigns and catchy slogans. We need the world to finally deliver on its promise that work of equal value deserves equal pay—for women and men alike.

It is only through comprehensive reforms and investment into an economy of care that we can finally achieve the goal of closing the gender pay gap.

The concept of equal pay for work of equal value was enshrined in the founding treaties of the European Union. Yet, decades later, the gender pay gap persists across the world: in 2020, women in the EU still earnt on average 13% less than men per hour worked.

The lack of pay transparency, harmful gender stereotypes and the unequal distribution of care responsibilities all play a role in perpetuating this phenomenon, which has proven to be detrimental to gender equality. It is only through comprehensive reforms and investment into an economy of care that we can finally achieve the goal of closing the gender pay gap.

Pay transparency helps show the value that we as a society award to the sectors in which women work. Trusting the market forces—dominated by men—cannot be the only path towards pay equality. Legislation like the proposed Pay Transparency Directive can help bring this issue into the public arena and uncover structural, deeply rooted gender stereotypes that lead to the undervaluation of women’s work, and consequently to the persistent gender pay gap.

Pay transparency provides workers with the right to seek more clarity on pay composition, to receive more information about the salary scales of equivalent workers, and subsequently, to negotiate pay and seek redress when they are discriminated against. This is very important for women to ensure they benefit from pay policies that occurred in their absence and enable them to challenge any form of discrimination, particularly those returning from maternity leave.

Women make up the majority of care workers in the EU, sectors characterised by poor pay not because of the value of the work itself, but because of the fact that it is women who do it.

The Pay Transparency Directive is an important milestone not only for closing the gender pay gap but also for recognising the intersectional axes of discrimination on the basis of sex, ethnic origin, religion or belief, disability, age or sexual orientation. However, we are yet to see whether this legal instrument is enough to address the long-term, persistent and structural dimensions of inequality between women and men, which are related to gender stereotypes and mirrored in the labour market.

Women make up the majority of care workers in the EU. They represent 76% of healthcare workers, 82% of cashiers, 93% of childcare workers and teachers, 95% of domestic cleaners and helpers, and 86% of personal care workers. These sectors are characterised by poor pay—not because of the value of the work itself, but because of the fact that it is women who do it. Women also do considerably more unpaid work than men, which poses further obstacles to creating equal opportunities in the workplace.

The recently-released European Care Strategy finally puts women’s paid and unpaid care work at its heart—a crucial step towards closing the gender pay gap and achieving gender equality. Europe needs an economic and social model that values care and makes it the central purpose of our economic model. Hopefully, the European Care Strategy will provide the first steps in this direction.

Women are penalised throughout their lives for the things they do to keep society functioning. Pay transparency measures and the European Care Strategy alone will not close the gender pay gap, but they are a step in the right direction.

The high economic cost of gender inequality has been proven time and time again.

The gender pay gap is a structural issue that requires structural responses. Further binding measures to close the gender pay gap in the EU include mandatory pay audits regardless of the size of the workforce, gender equality action plans, mandatory training on workplace harassment and a transition to a green economy of care.

The high economic cost of gender inequality has been proven time and time again, and the societal benefits of equal pay for the work of equal value make it imperative that we prioritise the closure of the gender pay gap, together and urgently. We all can—and should—play a role in creating a more just and equal society, because closing the gender pay gap is not only a women’s responsibility.

Find out what the gender wage gap is your country and more on the OECD Data Portal!

Réka Sáfrány
President, European Women’s Lobby
Follow
Réka Sáfrány is President of the European Women’s Lobby and chair of the Hungarian Women’s Lobby (HWL), EWL’s National Coordination in Hungary. In her 15 years of experience as a gender equality expert, Réka has worked at MONA Foundation for the Women of Hungary and at the Hungarian Women’s Lobby. In her work, she has conducted policy research on women’s political participation, gender and media, and violence against women. At the HWL, she has contributed to gender-sensitive research projects, policy analyses on the status of gender equality in Hungary and capacity building activities. She also participated in HWL’s alternative reports to the CEDAW Committee on the issue of women in political decision-making, and co-authored HWL’s policy recommendations on Hungarian women’s political representation, the state gender equality institutional machinery and women’s representation in the media. 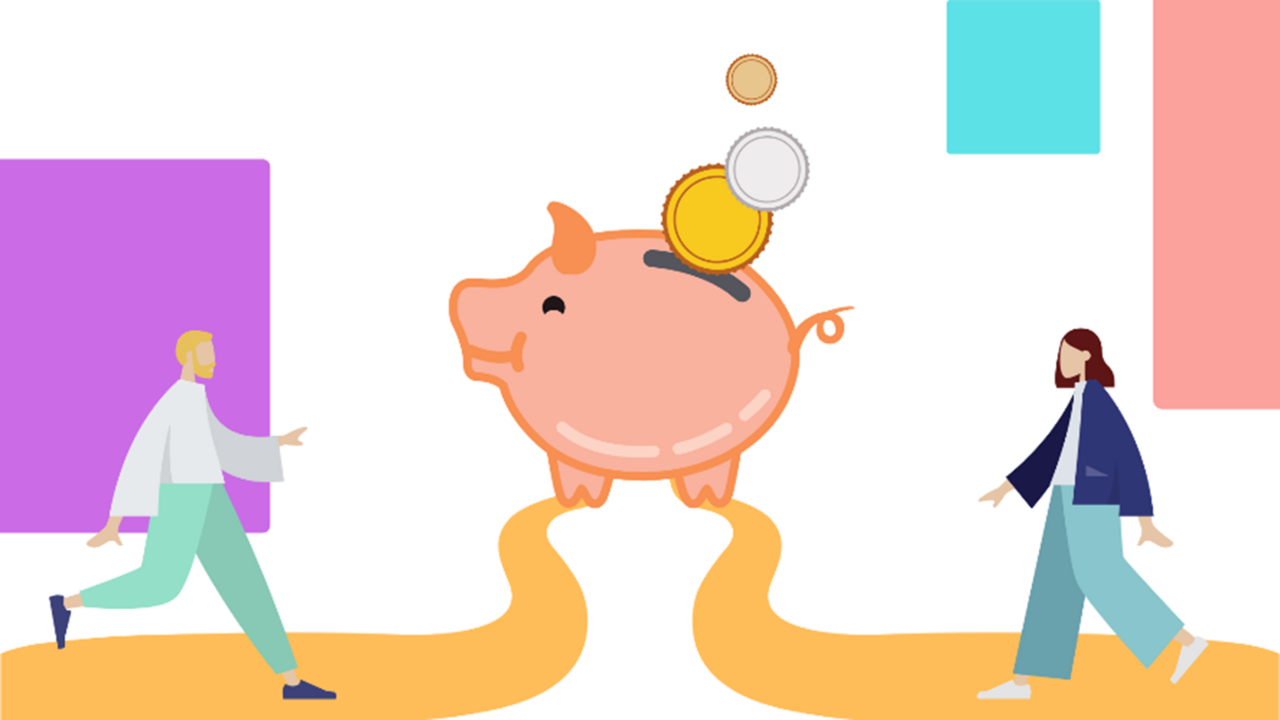 The high economic cost of gender inequality has been proven time and time again. We all can—and should—play a role in creating a more just and equal society, because closing the gender pay gap is not only a women’s responsibility.