This extract from Is It Tomorrow Yet?: Paradoxes of the Pandemic by Ivan Krastev (Published by Allen Lane, October 2020), is part of a series in which OECD experts and thought leaders — from around the world and all parts of society — address the COVID-19 crisis, discussing and developing solutions now and for the future. Aiming to foster the fruitful exchange of expertise and perspectives across fields to help us rise to this critical challenge, opinions expressed do not necessarily represent the views of the OECD.

‘The first thing that plague brought to our town was exile,’ notes the narrator in Camus’s The Plague, and these days we have a decent sense of what he meant. A society in quarantine is literally a ‘closed society’. Many people cease working, they stop meeting their friends and relatives, they quit driving their cars, and they put their lives on hold.

The one thing that we absolutely cannot stop doing is talking about the virus that threatens to change our world for ever. We are imprisoned in our homes, haunted by fear, boredom and paranoia. Benevolent (and not-so-benevolent) governments closely follow where we go and whom we meet, determined to protect us from both our own recklessness and the recklessness of our fellow citizens. Unsanctioned walks in the park may elicit fines or even jail time, and contact with other people has become a threat to our very existence. The unsolicited touching of others is tantamount to betrayal. As Camus observed, the plague erased the ‘uniqueness of each man’s life’ as it heightened our awareness of our vulnerability and powerlessness to plan for the future. After an epidemic, all those still living are survivors.

Although great epidemics are, in fact, not such rare occurrences, for some reason their arrival always surprises us. They reset our world in a similar way to wars and revolutions, yet these other things stamp themselves on our collective memory in a manner that epidemics somehow do not. In her marvellous book Pale Rider, the science writer Laura Spinney shows that the Spanish flu was the most tragic event in the twentieth century but is now mostly forgotten.

In terms of loss of life from a single event, it surpassed both the First World War (17 million dead) and the Second World War (60 million dead) and may have killed as many people as both wars put together. Yet, as Spinney notes, ‘When asked what was the biggest disaster of the twentieth century, almost nobody answers the Spanish flu.’ More surprisingly, even historians seem to have forgotten the epidemic. In 2017, WorldCat, the world’s largest library catalogue, listed roughly 80,000 books on the First World War (in more than forty languages) but barely 400 on the Spanish flu (in five languages).

Why do we remember wars and revolutions but forget pandemics, even though the latter change our economies, politics, societies and urban architecture just as fundamentally?

More on the Forum Network: "The OECD at 60: Navigating through a post-COVID-19 world", by Ron Gass, Former Director, OECD 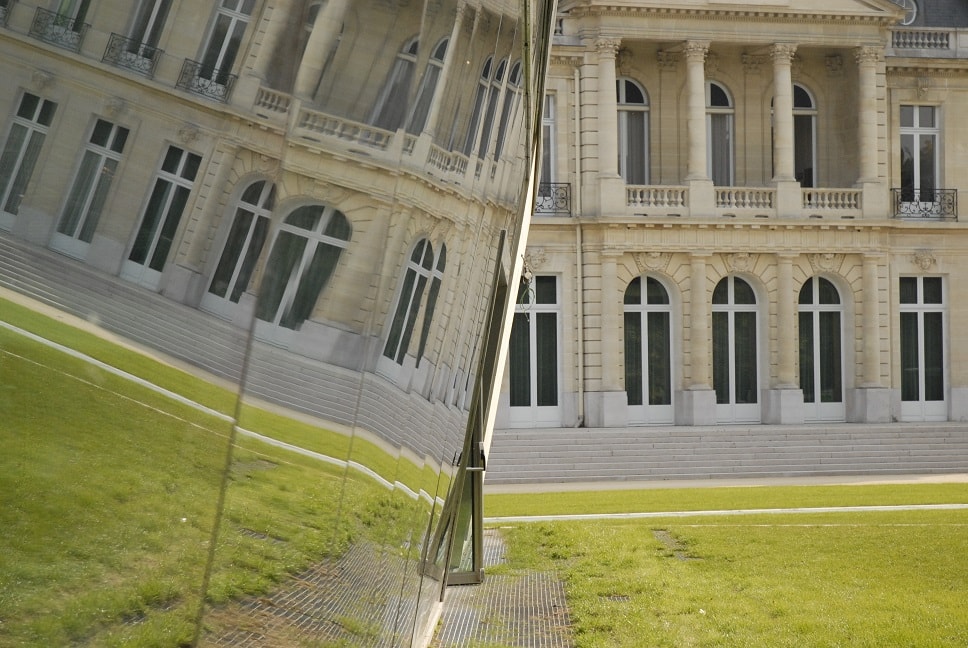 Spinney believes that one key reason is that it’s easier to count those killed by bullets than those who die from a virus. The other, more fundamental, reason is that it’s difficult to turn a pandemic into a good story. It is impossible to retell it as a clash of good and evil. It lacks a plot and a moral. Our inability, or perhaps our unwillingness, to remember epidemics might also have something to do with our general aversion to random death and suffering. The meaninglessness of arbitrary pain is hard to bear; the victims of the current epidemic suffer not only a tragic demise because they’re unable to breathe, but also because nobody can really explain the meaning of their death.

We have precious few clues as to when the COVID-19 pandemic will end, and nor do we know how it will end. At present, we’re able only to speculate about its long-term political and economic impact.

The truth of the matter is that COVID-19 will change our world in profound ways, regardless of whether or not we remember the days of pandemic. The world will be transformed not because our societies want change or because there’s a consensus for the direction of change – but because we cannot go back.

In mid-March 2020, profoundly disturbed by the spread of the pandemic and safely ensconced in a friend’s house in the Bulgarian countryside, I became vexed by the question of how COVID-19 would change the world. I saw the post-coronavirus world as one in which certain trends and conflicts that were present before the virus arrived would be intensified; in this sense, I see the virus as an amplifier rather than a disrupter. I argued that COVID-19 would end a disruptive decade marked by the unravelling of globalization and cause profound changes to our politics, economies and ways of life. I anticipated the return of the state, backed by a restored trust in expertise and scientific knowledge. I also sensed the rise of nationalism and the blurring of the borders between democracy and big-data authoritarianism.

How did my early conjectures fare? I began by articulating seven early lessons; one quarantine later, these lessons have been reconceptualized into seven paradoxes.

Read Global value chains: Efficiency and risks in the context of COVID-19 and visit the OECD's COVID-19 Hub to browse hundreds of others policy responses

There are moments when our certainties break down and our collective notion of what is possible changes dramatically. People begin to ignore the present and instead start thinking about the future, whether that’s what they hope for or what they fear.

Today we are able to imagine anything because we are being besieged by something that was considered unimaginable. When the pandemic is over, people will be nostalgic for that bygone era when we could easily fly to almost anywhere in the world; when restaurants were packed; and when death was so unnatural that, on an elderly person’s passing away, we wondered whether their death had been caused by a doctor’s mistake. But while we will be eager to return to normality, we will discover that it will be impossible to do so. There is also something disturbing about the world of yesterday. We can never know the future of the present, but we have already lived the future of the past.

Find out more about Is It Tomorrow Yet?: Paradoxes of the Pandemic by Ivan Krastev (Allen Lane, October 2020) 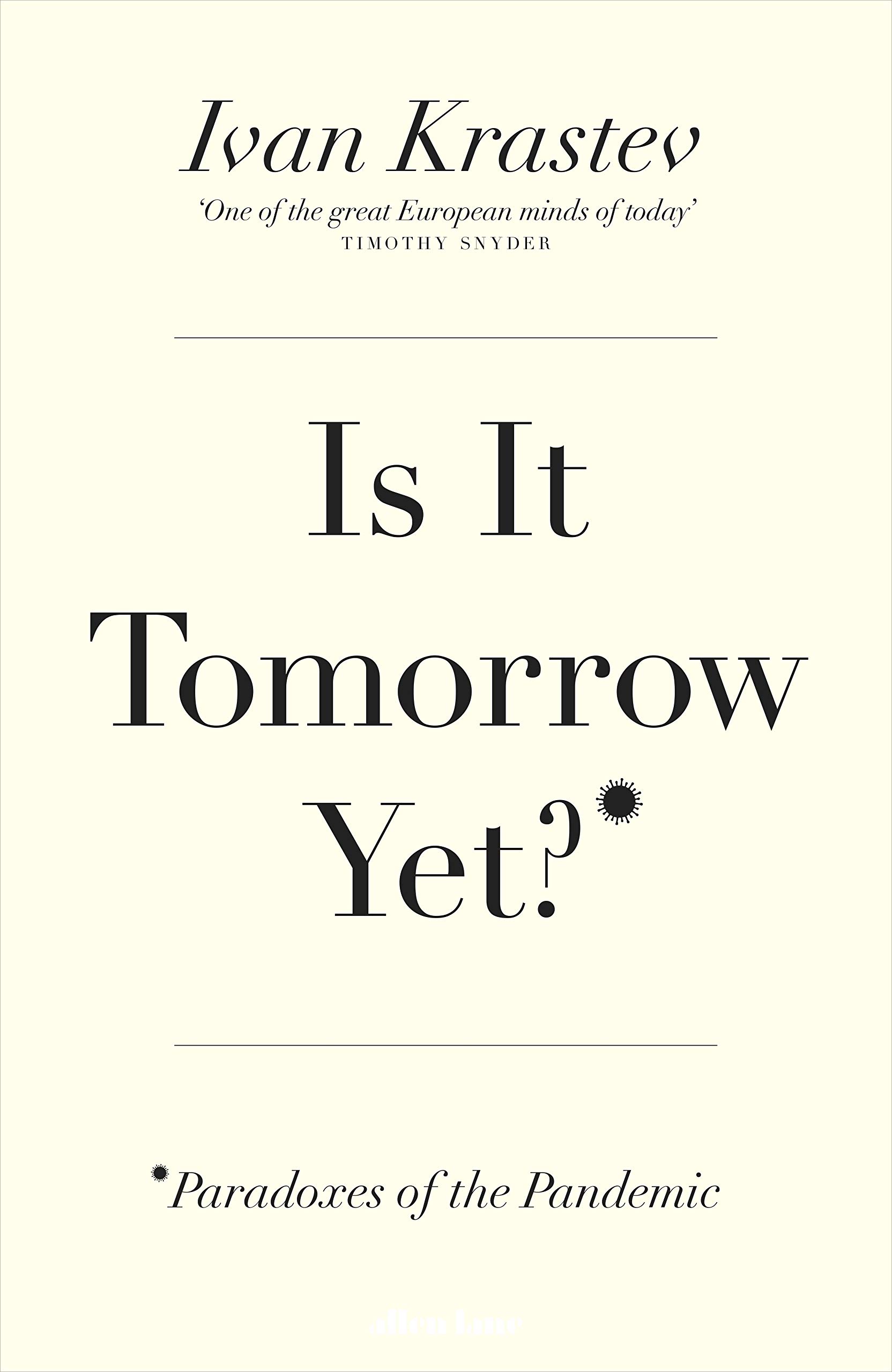 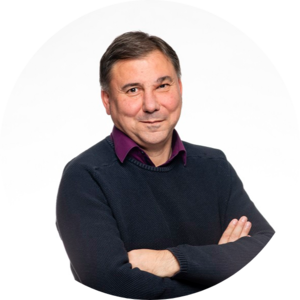 Ivan Krastev is the Chairman of the Centre for Liberal Strategies and permanent fellow at the Institute for Human Sciences, IWM Vienna. He is a founding board member of the European Council on Foreign Relations, a member of the Board of Trustees of The International Crisis Group and is a contributing opinion writer for the New York Times. He is the author of "Is it Tomorrow, Yet? How the Pandemic Changes Europe" (Allen Lane, 2020); "The Light that Failed: A Reckoning" (Allen Lane, 2019), co-authored with Stephen Holmes —won the 30th Annual Lionel Gelber Prize; “After Europe” (UPenn Press, 2017); “Democracy Disrupted. The Global Politics on Protest” (UPenn Press, 2014), and “In Mistrust We Trust: Can Democracy Survive When We Don't Trust Our Leaders?” (TED Books,2013). Ivan Krastev is the winner of the Jean Améry Prize for European Essay Writing 2020.
Follow

Luigi Cabrini & Randy Durband
The OECD Forum Network
We use cookies to help improve your experience. By continuing to browse our website you are consenting to our use of cookies.
Learn more