The world must urgently push ahead with fighting food loss and waste—a critical strategy for ensuring food security and addressing the climate crisis. Here’s where corporate and government action now stands.
Liz Goodwin
Senior Fellow and Director, Food Loss and Waste, World Resources Institute
Follow
Like Be the first to like this
0

Are enough of us prioritising food loss and waste reduction? Are we doing the important things? Are we making enough progress?

The world has eight years left to hit the Sustainable Development Goal Target 12.3, which calls for halving food loss and waste by 2030. One-third of all food produced in the world is lost or wasted, a fact that’s behind 8-10% of global greenhouse gas emissions and nearly USD 1 trillion in economic losses each year.

To meet the target on time, we need to see those beacons of light that show we are doing the right things.

The landscape is complex

The past few years have been dramatically affected by global events. The evidence of climate change is increasing. The effects of the COVID-19 pandemic are lingering. And Russia’s illegal war of aggression in Ukraine has significantly impacted global supplies of food.

As a result, we have changing weather patterns, increasing energy prices, growing food prices and shortages, spikes in fertilizer prices, and shocks and disruptions to supply chains that are likely to last for several years.

It’s against this backdrop that the world must urgently push ahead with fighting food loss and waste—a critical strategy for ensuring food security and addressing the climate crisis.

Champions 12.3—the coalition of leaders committed to helping the world achieve Sustainable Development Goal 12.3—has developed a strategy of “Target, Measure, Act” to effectively combat food loss and waste: set a target of halving loss and waste by 2030; measure loss and waste to identify hotspots and track progress; and act to address hotspots. The group benchmarks progress against a roadmap using this framework, based on three-year milestone periods. In its newly released report, the group has presented full data on where global action stood at the end of 2021—the end of the second three-year milestone period.

Corporate action is behind where it needs to be in setting targets to halve food loss and waste. Thirty-nine of the world’s 50 largest food companies by revenue have set targets. All the retailers in this group have a target. Companies that work in production and distribution are less likely to have a specific target, though. Importantly, only 1-in-4 major companies is working with their suppliers to set reduction targets—well short of what’s needed.

Governments are woefully behind in setting reduction targets. Countries representing just 50% of the global population have set a specific target consistent with SDG12.3.

Countries representing just 12% of the global population are measuring food loss and waste inside their borders, whereas we’d hope for that figure to have hit or surpassed 40% by now.

Of the 19 companies that are both measuring and reporting data on their food loss and waste, 10 are also working with suppliers to do so. This is largely thanks to initiatives such as the Courtauld Commitment, The Consumer Goods Forum Food Waste Coalition, 10x20x30, and the Pacific Coast Collaborative.

As with target setting, national-level action is behind. Countries representing just 12% of the global population are measuring food loss and waste inside their borders, whereas we’d hope for that figure to have hit or surpassed 40% by now.

In September, Ingka Group became the first major company to announce it has halved food waste across all its restaurants in 32 market—a significant development that proves the SDG Target is achievable.

Other examples include Hellman’s work with consumers to reduce household food waste, and Tesco’s Perfectly Imperfect range of fruit and vegetables, which has helped save 44 thousand tonnes of fruit and vegetables since it started five years ago. Another example is Olam, which has expanded on its pilot in Nigeria looking at post-harvest losses in rice.

Country action is not where it needs to be, but there is important progress being made. Country governments representing 33% of the world’s population are taking some action to fight food loss and waste. The United Kingdom continues to be the global leader among nations, with a 27% reduction in per capita food waste so far.

This picture shows progress—but much more work is urgently needed

There are some good examples of progress across the board. But there is also a significant amount of work remaining.

There is also still not enough awareness of the link between food loss and waste and food security. If we reduce food loss and waste, it will mean that more food is available to feed people. This point is critical given the current food crisis.

Is the world doing enough to combat food loss and waste? The answer is, not yet.

And learn about the OECD Meeting of Agriculture Ministers (3-4 November), where more than 45 Ministers of Agriculture from OECD Member and Non-Member countries will meet in Paris to agree on concrete actions to contribute to Building Sustainable Agriculture and Food Systems in a Changing Environment: Shared Challenges, Transformative Solutions

Liz Goodwin
Senior Fellow and Director, Food Loss and Waste, World Resources Institute
Follow
Dr. Liz Goodwin is WRI’s first Senior Fellow and Director, Food Loss and Waste. She also serves as Chair of the London Waste and Recycling Board. A chemist by background, Dr. Goodwin spent her early career at ICI but she began to move towards the environmental sector at Zeneca and subsequently Syngenta. Realising the vital role that care for the environment was likely to have in the future, she joined the Waste and Resources Action Programme (WRAP) as its first Director of Manufacturing and subsequently added the role of Director of Construction. In 2007 she took on the role of CEO at WRAP which she held until June 2016. During her period of leadership, UK recycling rates increased from 9% to 43%, food waste was reduced by 21% in five years, and ground-breaking collaborative agreements and schemes such as the Courtauld Initiative, Halving Waste to Landfill by the construction sector and Love Food Hate Waste campaigns were born and flourished. Dr. Goodwin is also a Champion of the UN Sustainable Development Goal 12.3 whose aim is to halve food waste around the globe by 2030. Her role at WRI is to help drive the various initiatives that are required around the world to achieve this goal. Dr Goodwin is the Chair of LWARB (London Waste and Recycling Board) which is a London mayoral appointment. She has been tasked with masterminding the achievement of a number of goals by LWARB including getting the capital on the path to reaching a 65 per cent recycling rate by 2030; supporting London’s transition to the circular economy and helping London become a zero-carbon city by 2050. In 2015 Dr. Goodwin was awarded and OBE in the Queen’s Birthday Honours List for services to the Business Resource Efficiency and the Environment. 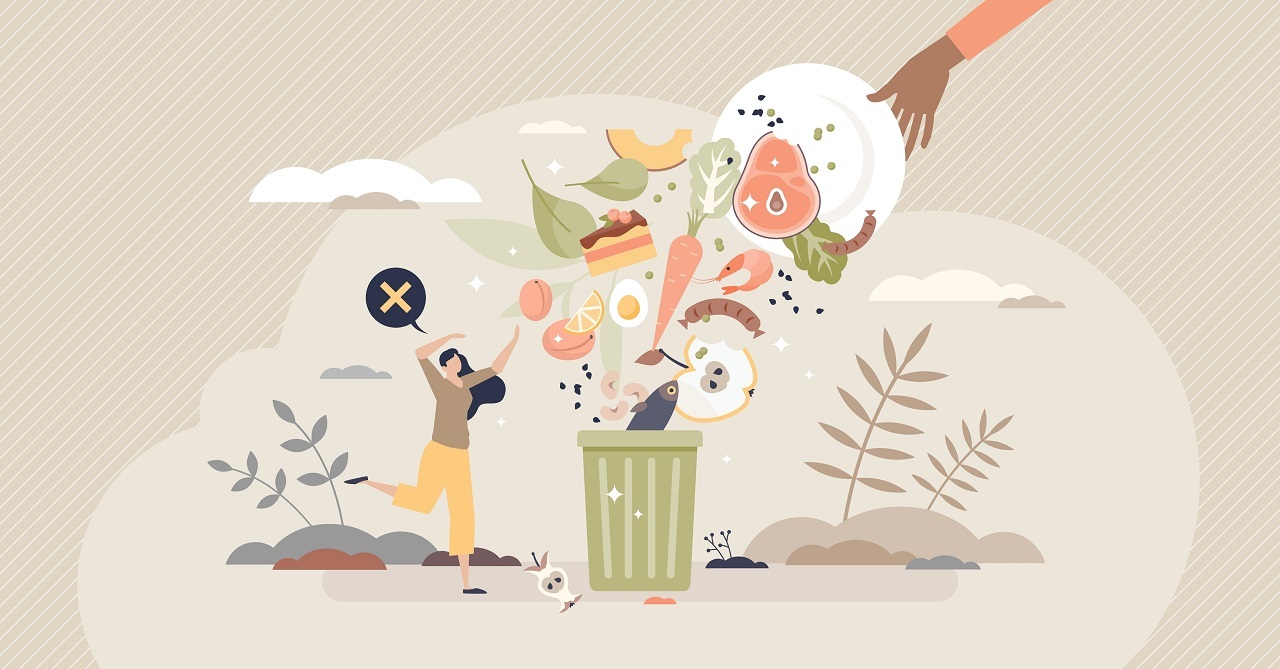 The world must urgently push ahead with fighting food loss and waste—a critical strategy for ensuring food security and addressing the climate crisis. Here’s where corporate and government action now stands.