This article was originally published in November 2021. The OECD Forum Network is a space for experts and thought leaders—from around the world and all parts of society—to exchange expertise and perspectives across sectors. Opinions expressed do not necessarily represent the views of the OECD.

Environmental, Social and Governance (ESG) issues are economic issues with financial consequences. A good CEO or board director who cares about the long-term value of an organisation cannot dismiss the impact on society of that organisation’s operations. Yet, not all of them see the connection. And therein lies an opportunity.

When you can understand the connection between a company’s operations and impacts—and can measure those impacts in dollars and cents—strategic decisions that seemed opaque become clearer and hard choices become easier to make.

ESG impacts are hard to quantify, and the system today is built upon a scattered, rankings-oriented approach; we don’t think this is right because it doesn’t translate directly to financial value. We believe the solution to this is to put a tangible, dollar value on the ESG impacts a company generates, which allows investors to incorporate ESG criteria directly into investment strategies alongside traditional financial analytics. In other words, it ties ESG criteria directly to economic outcomes.

When you can understand the connection between a company’s operations and impacts—and can measure those impacts in dollars and cents—strategic decisions that seemed opaque become clearer and hard choices become easier to make. ESG data become more than the basis of a subjective rating: they form the core of a financially driven analysis, a new tool for making capital allocation decisions that create long-term value and make a meaningful social difference.

It’s common-sense capitalism. It’s clear that positive and negative social impacts show up on a company’s bottom line. Most investors are long-term thinkers with the ability to push for changes so a company thrives over the long term.

Climate risk is business risk, but also opportunity. Investors increasingly understand that a company cannot succeed in the long run if its strategy presumes that society will fail to achieve its decarbonisation goals. A strategy where success only happens if society doesn’t achieve its goals is fundamentally flawed because society is a broad term for customers, or potential customers. A better value-creation strategy is to focus on reducing long-term capital expenditures on operations with highly negative externalities such as long-lived fossil fuel production projects that take decades to realise. With increasing uncertainty around long-term oil and gas demand, the risk profile of such projects has risen markedly as the world seeks to move away from fossil fuels. A sound capital allocation approach needs to take this into account. At Exxon, we were able to make that case and brought large investors along with us. We’ve made a very modest start, but the results so far suggest we are headed in the right direction.

General Motors presents another aspect of the long-term approach. Like Exxon, GM is a big player in an industry that is transforming at enormous speed. But rather than doing what it has always done and hoping for the best, GM is embracing the future of transportation and, after making a significant commitment to electric vehicles, is now the company best positioned to monetise those early investments. As one of the world’s great internal combustion engine innovators, GM enjoyed nearly a century of success. But the negative environmental impact of its core product, measured primarily in Scope 3 emissions, poses an existential risk to its business. Recognising this, GM leadership made the costly decision to convert production to battery electric vehicles (BEVs). The impact on this transition is massive. As one of the largest incumbent auto makers, GM is driving innovation at scale through one of the world’s biggest industries. Tesla sells about 1 million cars per year; imagine the impact of a BEV-oriented GM that sells nearly 9 million vehicles annually.

Rather than be content to drift along toward a bleak future, these companies—and increasingly their shareholders—are taking the future into their own hands.

So, after a century of dominance GM has become an auto industry disrupter once again. We believe GM will be a growth stock as changing consumer preferences cascade toward EVs—and GM is ready to meet demand with a fleet of 21st century vehicles.

That’s what meaningful change looks like and we are proud to be playing a part in it. Companies are looking at the data and seeing the connection between financial value and change. Rather than be content to drift along toward a bleak future, these companies—and increasingly their shareholders—are taking the future into their own hands. Companies pushing towards the transition to a low-carbon economy are on the right side of history and value creation. It’s up to investors to continue pushing companies in the right direction.

And the most exciting part is that it’s only just beginning.

The OECD Forum on Green Finance and Investment 2022 takes place 5-7 October on the theme “Moving from commitments to actions in the decade for delivery: towards impactful green and sustainable finance”—register now!

Read the OECD report ESG Investing and Climate Transition: Market Prices, Issues and Policy Considerations and find out more about our work on ESG investing

Chris founded Engine No. 1 based on his vision that capitalism can be harnessed for positive change and companies that align the interests of their shareholders and stakeholders are better, stronger companies as a result. He has more than 30 years of experience investing in and building businesses across multiple industries in transition.

Chris received a BA in Economics from Tulane University, where he also chaired the Investment Committee. Chris is a founding board member of Tipping Point Community, an organization that fights poverty in the Bay Area.

B. Yerram Raju
4 months ago

I agree. The future - climate resilient and sustainable - is in our hands. Let us all join to make it. I agree that all to join is the toughest part, but not impossible. 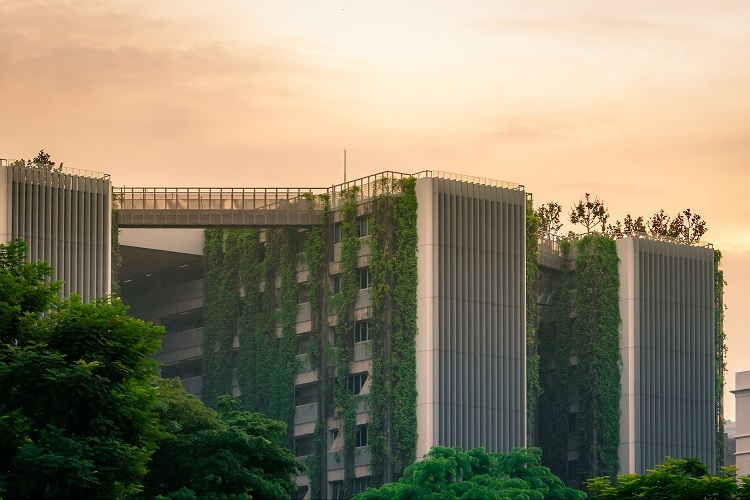 Climate risk is business risk, but also opportunity. As increasing attention turns to climate challenges, how can ESG guide and inform sustainable business and investor decisions?