Climate change has been called the greatest threat to global health but here is an inconvenient truth: health care is part of the problem. If this industry is going to continue as a beacon of well-being, the sector needs to do its part to reduce it's carbon footprint. Banner: Shutterstock/Steve Allen
Reggie Williams and Lovisa Gustafsson
2 contributors
Like Liked by Reggie Williams
1

A year ago, more than 200 leading health and medical journals around the world, including The Lancet and New England Journal of Medicine, called climate change the "greatest threat to global public health". Speaking as one in an unprecedented joint editorial, they urged all countries to step up with enough urgency and money to meet the vast scale of the calamity.

The journals were right to send a red alert to the governments of the world. But here is an inconvenient truth: everything they said applies to their own industry as well. If health care is going to continue as a beacon of well-being, the sector needs to do its part in humanity's last-minute, 21st-century struggle to save itself. It needs to reduce its own carbon footprint—quickly, drastically and permanently.

It becomes clearer than ever with each new extreme natural disaster and economic upheaval that floods, fires, droughts and other disasters tied to climate change are bad for health care.

Health care is a large part of the global economy. Think about hospitals, clinics, doctors' offices, nursing homes, research labs, manufacturers of drugs and medical equipment, computer and transportation networks, and the supply chains and other infrastructure that support it all. Across the world, these systems are sprawling, technologically advanced and, in too many cases, fossil-fuel burning, carbon-dioxide emitting and planet-warming.

It becomes clearer than ever with each new extreme natural disaster and economic upheaval that floods, fires, droughts and other disasters tied to climate change are bad for health care. A new report released on 15 September by the U.S. Congress puts it in stark terms: "The climate crisis knows no bounds", it wrote. "All providers are vulnerable, and the time to prepare is now". Similarly, the federal Agency for Healthcare Research and Quality issued a report on 20 September calling the climate crisis "the single greatest public health challenge of the 21st  century".

But it is also true that health care is bad news for the climate crisis. Globally, the health sector emits 4.4% of global greenhouse gas emissions. The United States is the world’s highest emitter of health care greenhouse gases, accounting for 27% of the global health care footprint, and its emissions rose 6% from 2010 to 2018; the worst-offending health sectors are hospital care (36%), physician and clinical services (12%) and prescription drugs (10%). The second-highest emitter, China, accounts for 17% of the global output.

While health-care systems worldwide have a long way to go to achieve net-zero emissions and fully renewable energy, there are signs of progress. In its 2020 Countdown report, The Lancet noted that more than 50 countries had already developed plans for their national health systems to adapt to climate change, and that global spending in health adaptation had risen accordingly. "In the UK", the report noted, "the National Health Service has declared an ambition to deliver a net-zero health service as soon as possible, building on a decade of impressive progress in reducing delivery-of-care emissions by 57% since 1990".

The United States will have to work hard to keep up with international counterparts. Besides the U.K. National Health Service, the Nordic countries are leaders, pointing the way to greener health-care systems.

These efforts have been encouraging in their variety and creativity—telemedicine in Spain, green technology in Australia and Singapore, even novel seawater cooling systems in French Polynesia. In the United States, there are pockets of progress too, though these are largely voluntary efforts made by private actors.

What is clear is that this progress must be twofold, not just by reducing the emissions of a health system through green energy and transportation but also by eliminating waste and duplication.

The largest integrated, nonprofit health system in the United States, Kaiser Permanente, says it achieved carbon-neutral status in September 2020 by improving its buildings' energy-efficiency, investing in solar power, and buying carbon offsets, among other things. Providence, a nonprofit health system in Washington State that serves seven Western states, has vowed to become carbon negative by 2030 through activities like reducing emissions from anesthetics, cutting waste and unessential business travel, and investing in electric vehicles. Nationally, 61 health systems and health companies have publicly committed to reduce their greenhouse gas emissions 50% by 2030, including over 650 hospitals (approximately 10% of hospitals nationwide). Additionally, the federal government has committed to reaching carbon-zero emissions by 2050, which includes federally run health systems such as facilities run by the Veterans Health Administration and the Indian Health Service.

But what is clear is that this progress must be twofold, not just by reducing the emissions of a health system through green energy and transportation—"greening" the operating room and other strategies—but also by eliminating waste and duplication. So much health care is unnecessary—or should be—with proper preventive care. If health systems can find ways to avoid needless procedures, which will likely require a shift from fee-for-service payments to value-based ones, that undue burden on the environment can also be eliminated.

The campaign to cut greenhouse emissions has been called a global race to zero—a race with our planet's survival hanging in the balance. And who is able to understand these dire stakes better than those who battle every day to protect our health and well-being? All of humanity is united in the climate fight, and those in health care are well positioned to lead. Let's work together to accept the challenge.

Ms. Gustafsson is vice president of the Controlling Health Care Costs program at the Commonwealth Fund.

The authors thank Evan Gumas, Research Associate at the Commonwealth Fund and Emily Hough, Senior Fellow at Brown School of Public Health for their significant contributions to the essay.

Based on what I've witnessed over the last decade, the high cost of healthcare in the United States, and the excessive profits of many providers, limit the demand for operational efficiencies.

Regardless of the publically stated commitments to reduce greenhouse gas emissions, I see very few incentives to positively change the current culture that is responsible for a lack of progress. 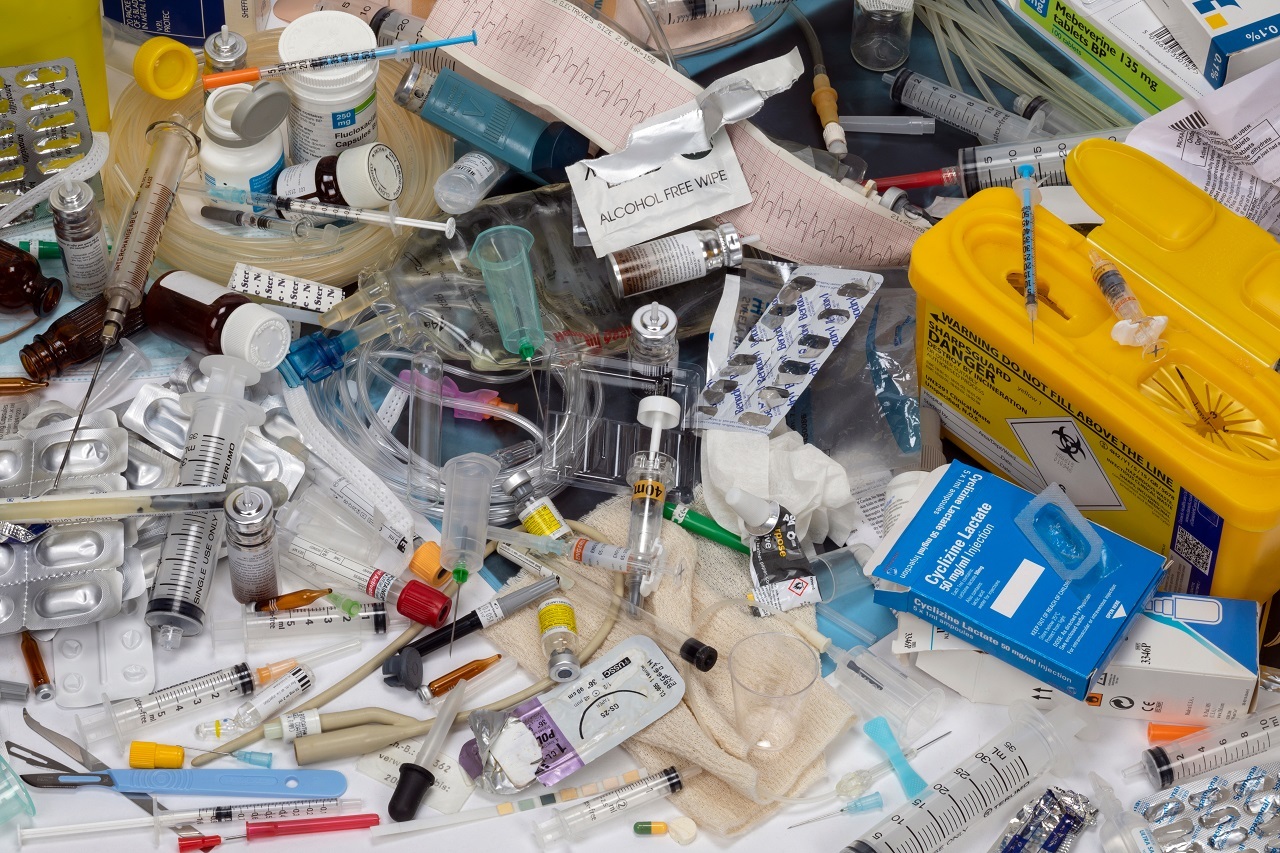 Climate change has been called the greatest threat to global health but here is an inconvenient truth: health care is part of the problem. If this industry is going to continue as a beacon of well-being, the sector needs to do its part to reduce it's carbon footprint.