After COVID-19 there is a risk the world could be yet more divided, conflictual and nationalistic. But an alternative scenario is within reach. In this scenario, collective action within communities and, where necessary, internationally, will make a more rapid and peaceful exit from the crisis possible.

Politics could turn toxic as governments fail or struggle to speedily control the pandemic, to ease lockdowns safely, or to communicate clearly about what they are doing and why. Under such a scenario, some politicians would resort to a discourse combining fear and tribalism. This would not only risk exacerbating discrimination at home, but also make international co-operation more difficult.

Failure to cooperate internationally would hinder the fight against the virus.

Failure to co-operate internationally would hinder the fight against the virus. Closing down trade, requisitioning materials, or preventing supply to other nations would hobble everyone’s capacity to source adequate testing and treatment materials. The closing of borders and ripping up of international rules would make it ever more difficult to restart trade and travel, and extend the lockdown, heightening anger and anxiety.

Finally, sabre-rattling and war offer a diversion for politicians facing political and economic turmoil at home. Building on their jingoistic nationalism, there is a risk that some will seek to focus the anger and frustration of their citizens on another country.

One scenario for the post-COVID-19 world has political and economic forces fuelling fear and conflict, deepening economic damage, eviscerating the possibility of growing out of the crisis and exacerbating divisions that the pandemic is already revealing.

Yet, the worst scenario is never certain, nor inevitable. The world has managed extreme conditions before. Leaders of the 1940s reflected on their failure to cooperate after the First World War, how it drove the world into economic catastrophe (the Great Depression) and conflict (the Second World War), and resolved to do better. They started planning during the war. They knew that co-operation would be essential to rebuild afterwards and to redevelop a global economy within which each country could grow. So, too, global leaders must begin to plan post-pandemic co-operation.

Three tasks that confronted those leaders have their parallel today. First and most immediate is to fight the common enemy – now the virus – together. The second is political and geo-political: Churchill, Roosevelt and Stalin had to fashion a world that could accommodate their own (and others’) diverse political regimes. The third task is economic. Economic reconstruction had to deal with massive government debts and a broken global trading and investment system.

For co-operation to work, countries need to agree common rules and empower an institution to oversee them.

Fighting the virus together requires co-operation on three things: research and knowledge (working together to understand and beat the virus); maintaining global supply (trade ensuring efficient global supply of necessary materials); and warning of future outbreaks. This might sound easy. It is very difficult. Why would a scientist share crucial data with others, or a country continue to export protective equipment if they are not sure that other countries will reciprocate? Why warn of a disease outbreak if you think that other countries will slam the door on you?

For co-operation to work, countries need to agree common rules and empower an institution to oversee them. The World Health Organization (WHO) exists to do this, but it is overstretched and underfunded. It needs to be properly funded to do its job. It also needs governments to hear and follow its advice. There has, however, been co-operation among scientists from China, the United States, Europe, and among businesses. Some of that co-operation was facilitated by the WHO, whose technical guidance and advice has been taken up by many countries. Although there have been export controls, Germany has flown Italian patients into its hospitals, and China sent ventilators and protective equipment to other countries. In Latin America, efforts are being made to keep borders open while fighting the virus together. The key thing now is to tilt this mixture further in the direction of co-operation to point the world towards a virtuous circle of mutual trust and away from a vicious cycle of dog-eat-dog.

Also on the Forum Network: The only way to beat the COVID-19 crisis is if we come together and commit to science by Jeremy Farrar, Director of the Wellcome Trust

Diverse political regimes must work together in the world after COVID-19. People have been quick to conclude victory either for autocracy or democracy in this crisis. Democracy has been criticised for popularity-seeking instead of pursuing technically sound policies. Autocracy has been criticised for repression. But more humble lessons need to be learned all round. Poor leadership results in bad outcomes, whatever the political system.

All governments could do better by balancing autonomy and agility at the local level with national level co-ordination.

Perhaps alternative centres of power – at local or city level – can offer insurance, and a quicker way to get things done. National leaders in some countries were slow to take the pandemic seriously but governors at the state level stepped up (albeit not resolving the need for co-ordination from the centre). All governments could do better by balancing autonomy and agility at the local level with national level coordination.

It has become too easy for extremists to rattle sabres across social media. But jingoism and talk of war will not resolve the core problems that countries face all over the world. Government leaders facing an enormous challenge at home need to focus their energies and efforts and agree to disagree with some foreigners, yet also make a powerful new case to their citizens about co-operation. They must provide security at home, and as its necessary correlate, co-operation abroad.

Economic reconstruction is the third challenge. After the Second World War, war-torn countries were desperate to get their economies restarted. Debts had to be written down. New flows of investment had to be found. The result was a massive reset delivering mass housing, health, employment and education. This may not be possible in 2020, but some changes occurring during the crisis could be built upon.

Check out the OECD's policy brief: Building Back Better: A Sustainable, Resilient Recovery after COVID-19

Increased solidarity is visible across societies, as they seek to attenuate the effects of the lockdown. In Nigeria, citizen-powered welfare organizations and tech companies are stepping up to feed the poor. In the United Kingdom, high-end restaurants have stepped in to offer meals to hospital workers in the national health service. In France, those who have lost their jobs in the cities are being encouraged to go to the countryside to help farmers harvest produce. Across Europe, people have made a regular feature of singing and applauding the newly recognised “key workers”, most of whom are low paid, and many are immigrants. Communities are standing together, albeit at a physical distance.

To build on this emerging solidarity will take very careful and representative leadership. Global discussions float big ideas – “sustainable development goals”, “stakeholder capitalism”, etc. – but the onus is on the proponents of these ideas to translate them into feasible steps which will help governments rebuild at a national level after the crisis.

Governments must make the case to their citizens that security at home requires co-operation abroad.

At the international level, two lessons from the post-war settlement stand out. The first is the need for debt write-downs to enable countries to grow out of the crisis. The second lesson is that major producers will need to invest in growth in their own future markets in other countries. Post-war America did this. In today’s world, the United States, China and Europe will have to do the same. The post-COVID world will be shaped by decisions being made in the crucible of the fight against the virus. The profound uncertainty about the virus and its trajectory, and about how other countries will respond, only magnifies the importance of leadership. At the very least, leaders across the world must co-operate to fight against the virus, collectively eliminating it. They must do so without being distracted by political differences, but by focusing on the extraordinary challenges that lie within their own borders. They must make the case to their citizens that security at home requires co-operation abroad. And finally, those that can will need to invest in neighbours and in poorer parts of the world, for only together will their economies flourish.

This essay is the opening chapter of the World Economic Forum’s publication Challenges and Opportunities in the Post-COVID-19 World, published on 19 May 2020.

Jacques Drolet
over 2 years ago

Thank you for your article. Just a small note...  A few of your key phrases "Governments must make the case to their citizens that security at home requires co-operation abroad" and "All governments could do better by balancing autonomy and agility at the local level with national level co-ordination." will deliver in relation with the people they represent. The degree of world citizenship or cross-culturality is the foundation, the material with which societies evolve. The problem is that these cross-cultural abilities have not been taught in many societies and we are definitely not born with them. We may be born "open to diversity" but several cultures teach that monoculture is the only way to survive. If we do not consciously change this monoculturalisation than we can only hope for your worst scenario. I, for one, work to train anyone who wants to shape a more humane society. This is so to speak our legacy.

Henry Velasquez
over 2 years ago

Dear Jacques, you are completely right when yo said "our legacy". Sure, we need to work about our legacy, giving the best to future generations based on our own experience and knowledgement

Thank you for your articule , excellent learning and more successes SDGs17

Henry Velasquez
over 2 years ago

Nowadays governments have all communication tools to develop fast meetings around the most important issues. But at the same time we are facing a lot of points of view going to different goals delaying any agreement. So, I hope all governments can work under co-operation rules, talking about post pandemic strategies 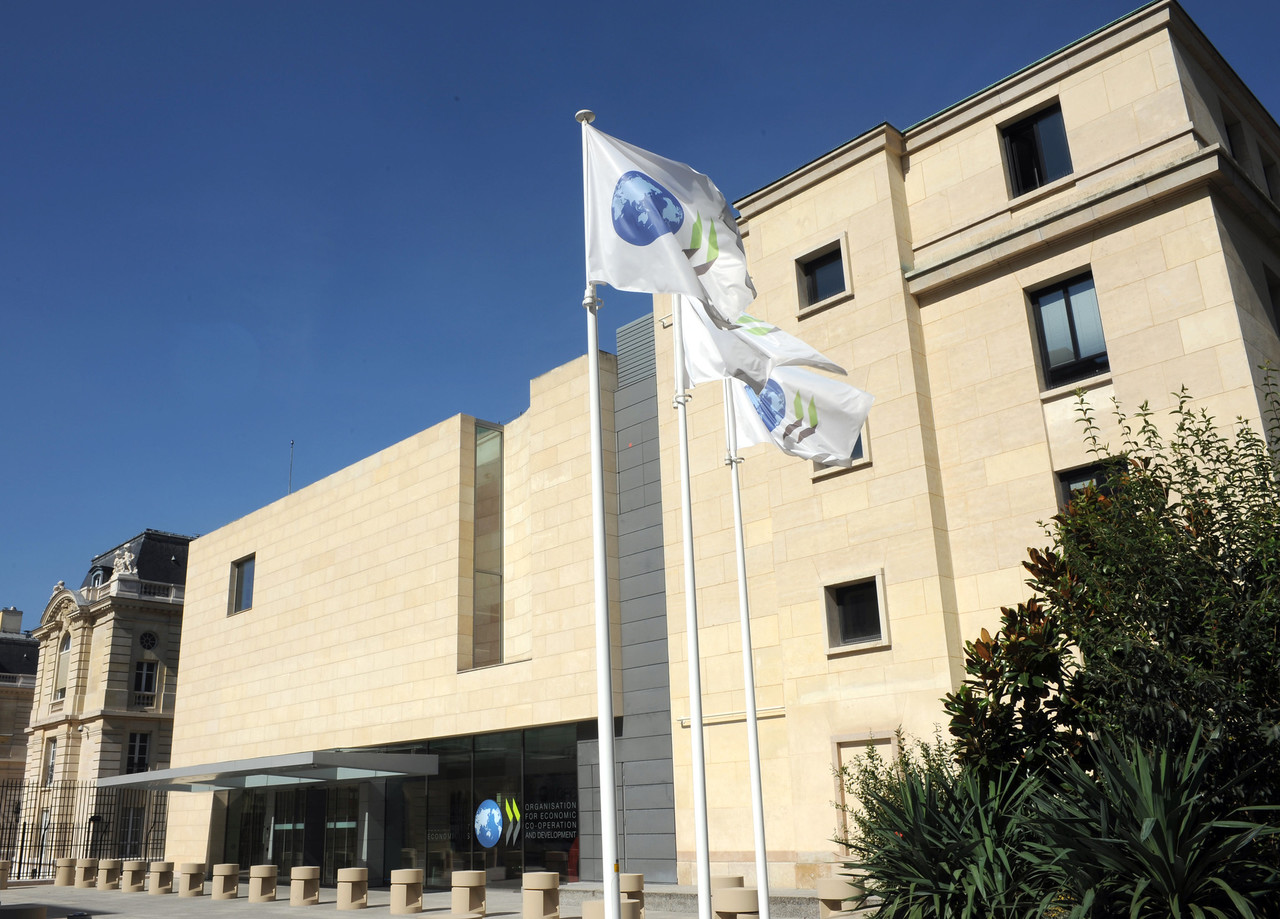