Women appear to be more action-oriented and solution-driven when it comes to climate change. But for climate action to be impactful, inclusive and meaningful, we must address the systemic barriers that prevent women from entering careers in STEM. Banner: Shutterstock/Chinnapong
Kadie Ward
Commissioner and Chief Administrative Officer, Pay Equity Commission, Ontario Ministry of Labour, Training and Skills Development
Follow
Like Liked by Sara Dorato
0

As set by UN Women, the theme for International Women’s Day (March 8th) in 2022 is “Gender equality today for a sustainable tomorrow”.  Similarly, Earth Day will be celebrated April 22nd with a theme highlighting the need to “Invest in Our Planet”, placing a renewed focus on the imperatives for a green economy and climate action.  We cannot ignore the intersection of these themes: gender and climate change.  Nor can we ignore the paradoxes surrounding the impact climate change has on women, their willingness to take action, and their inability to do so because they continue to be underrepresented in Science, Technology, Engineering, and Mathematics (STEM) industries.

From Greta Thunberg (Sweden) to Autumn Peltier (Wiikwemkoong First Nation) to Chikondi Chabvuta (Malawi), women around the globe are fighting for a green future.  This is not surprising.  Many governments and organizations including UN Women noted that “women are increasingly being recognized as more vulnerable to climate change impacts than men, as they constitute the majority of the world’s poor and are more dependent on the natural resources which climate change threatens the most”. Heat waves, droughts, rising sea levels, and extreme storms disproportionately affect rural women. According to Global Citizen that’s because “women are more likely to live in poverty than men, have less access to basic human rights like the ability to freely move and acquire land, and face systematic violence that escalates during periods of instability.”

Learn more: "Women and SDG13 – Climate Action: Take urgent action to combat climate change and its impacts", from the OECD report "Gender and the Environment Building Evidence and Policies to Achieve the SDGs"(May 2021)

Climate change is important to women and girls

Several studies have demonstrated that girls/women are more likely than boys/men to believe that climate change is a serious problem and feel a deeper sense of urgency for action.

Research suggests that women are more action-oriented and solution-driven when it comes to climate change. A study conducted by the Women’s Forum, which surveyed nearly 10,000 people across the G20 countries, found that women — more often than men — changed their behavior to decrease their carbon dioxide emissions by recycling, buying local, and reducing water and meat consumption. In Canada, several studies have demonstrated that girls/women are more likely than boys/men to believe that climate change is a serious problem and feel a deeper sense of urgency for action.  In the largest public opinion survey conducted on climate change, the United Nations Development Programme (UNDP) surveyed 1.2 million people from 50 countries and found that Canada had the largest gender gap in perceptions of climate change. Canadian women and girls surveyed were 12 per cent more likely to rate climate change as an emergency than men and boys.

From the onset of their participation in the paid labour force, women have worked in different occupations and different industries than men. In fact, it may be more accurate to say women were only welcome to participate in occupations and industries that men deemed appropriate for them. At the same time, men’s wages were set at higher levels than women’s for many reasons, such as unequal access to education – meaning men had more access to education compared to women, but also because men were seen as breadwinners, whether that was the case or not.

Women continue to be clustered in historically undervalued and low-paying jobs, such as childcare and clerical work, and are under-represented in “non-traditional” sectors like STEM. Similar to the skilled trades sector, there are well-paid jobs in STEM, but women and girls remain underrepresented in the sector globally. Despite having the education to enter these sectors, women remain on the sidelines. In Canada, nearly half of male STEM graduates worked in a STEM occupation in 2006 (46.9%), while fewer than 3 in 10 women with STEM credentials worked in similar occupations (27.6%). This trend has persisted and was reflected in 2016 data, with the gap remaining around 19%.

McKinsey Global Institute found that gender gaps are most significant in seven out of 15 indicators: managerial positions, STEM education, STEM occupations, entrepreneurship, political representation, unpaid care work, and single parenthood.  Women have the credentials to work in STEM, are more action-oriented and solution-driven when it comes to addressing climate change, and yet remain under-represented in this sector.  For climate action to be impactful, inclusive and meaningful, we must address the systemic barriers that prevent women from entering careers in STEM.  That is why we at Ontario’s Pay Equity Office work tirelessly to change attitudes and perceptions around gender norms and women’s employment.

The 2022 International Women’s Day theme “gender equality today for a sustainable tomorrow” is a call to all actors across policy spheres to address climate-related inequities seriously and include women and girls in designing solutions.  Only then will we be able to “invest in our planet” as Earth Day proclaims, and make meaningful contributions to a green and fair future. 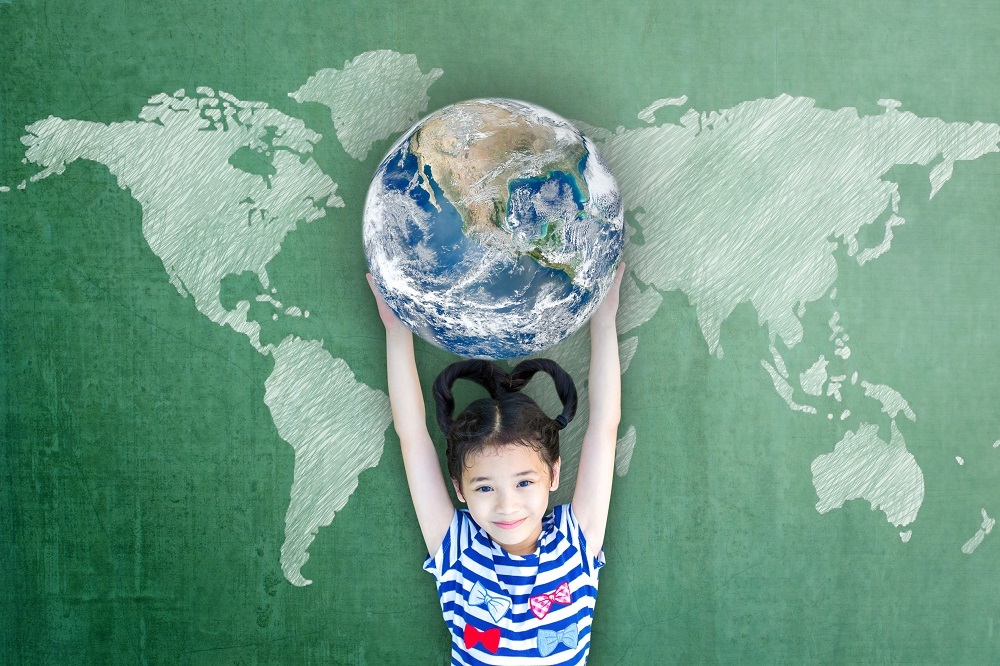 How closing the STEM gap can support climate action

Women appear to be more action-oriented and solution-driven when it comes to climate change. But for climate action to be impactful, inclusive and meaningful, we must address the systemic barriers that prevent women from entering careers in STEM.