The failures of democracy across the world call into question the foundations of our governance systems. There is an urgent need to redesign them so they promote the building of institutions at the international, national and local levels, which in turn can strengthen trust relationships. Banner: Shutterstock/gaborbasch
Mamphela Ramphele
Co-President, Club of Rome
Follow
Like Be the first to like this
0

Our world is a troubled place. Multiple planetary emergencies are upon us: poverty and inequality; conflict and wars; climate crises and failures of governance across the world. Geopolitical challenges reflected in Russia's war of aggression in Ukraine; the horrors of the Syrian and Ethiopian civil wars; and the prolonged instability in Sudan, Somalia and in several West African countries call for a fundamental re-examination of what it means to have democratic governance.

The failures of democracy across the world, including in the United States and Europe, call into question the foundations of our governance systems. Governance of the commons—the co-owned common public goods and services essential to life—calls for a radically different approach. If we understand good governance to be allocating resources equitably to promote citizens’ well-being and a healthy biosphere, we have to admit that very few countries in the world could be said to be well governed.

We are at our best when in relationships of trust, care and mutual support: only then can we set shared goals.

Elinor Ostrom, the 2009 Nobel Prize Winner in Economics, concluded a study on Governing the Commons across the world, including amongst indigenous communities, which indicated that effective, sustainable governance of the commons requires human-to-human communication; the essence of who we are as humans is that we are social beings. We are at our best when in relationships of trust, care and mutual support: only then can we set shared goals. Such governance systems also build the institutions that re-establish and continually affirm our interconnectedness by holding one another accountable for achieving these goals.

Strengthening democracy requires the intentional building of institutions that are focused on bringing us back home, to the essence of our being as humans: Ubuntu. What needs to change? We need to acknowledge the wrongs we have committed against one another—in the past, present and future—as well as against the ecosystems we inhabit. At the heart of all these wrongs is the desire to have power over others in order to access the material goods we crave. As the great Indian leader Mahatma Gandhi so ably put it: there is enough in the world for everyone's needs, but there can never be enough for everyone's greed. Acknowledging the greed driving the extractive, highly financialised economic system is essential to paving the way to human-to-human conversations, to repairing the broken relationships between us.

Europe has yet to acknowledge the damage that colonial conquest has wrought on Most of the World: Africa, Asia and Latin America. The nature of colonial regimes was state capture on an industrial scale of countries, regions and continents, and the extraction of natural, mineral and human resources (slavery) to build the foundations of wealth in modern Europe and the United States. The most devastating impact of colonial conquest is the humiliation of indigenous people across the world who lost their land, spiritual and cultural roots, resulting in mental slavery that manifests itself as a loss of the self-respect and dignity essential for human agency.

The colonial dependency relationships between countries are perpetuated by post-colonial governments’ mimicry of the departed regimes and their extractive values. For example, in my own country of South Africa, successive post-apartheid African National Congress governments have continued to demand benefits under the apartheid-era Ministerial Handbook, which privileges public representatives over the citizens they are meant to serve. In addition, the pillaging of state resources in the name of the “Black Economic Empowerment” policy has led to widespread corruption, and the collapse of essential state-owned enterprises such as Eskom, Transnet as well as water and sanitation systems.

Post-colonial governments across the world have struggled to establish sustainable democratic systems, despite elite pacts underpinning political settlements. Such elite pacts deliberately constrained the socio-economic transformation essential for the creation of just social systems. Colonial negotiators across African and Asian regions made sure to secure continued, privileged access to exclusive economic benefits in those countries. Leaving in place exclusionary socio-economic structures has perpetuated inequities and inequalities that keep the majority of populations in post-colonial countries in degrading poverty.

There is an urgent need to redesign governance so it promotes the building of institutions at the international, national and local levels, which in turn can strengthen trust relationships.

Official development assistance is a cruel trick played by rich countries on their impoverished former colonies from which they extracted resources to build their wealth; to imagine that providing conditional aid to such countries in the form of 1% of GDP could adequately address the serious structural changes needed to address the legacy of the socioeconomic inequities that characterised colonial governance adds insult to injury. Imposing neoliberal politics and socio-economic systems that created the very problems facing these countries boggles the mind. Despite this, wealthy countries have failed to follow through with the USD 100 billion per year by 2020, promised at COP15 in 2009, to fund just transitions to address climate change.

There is an urgent need to redesign governance so it promotes the building of institutions at the international, national and local levels, which in turn can strengthen trust relationships between dominant Western countries and Most of the World. Such institutions will have to be more in tune with the values of interconnectedness and interdependence to bring out the best in all human beings. They will also need to reflect the cultures and values of the people involved, so they can build relationships of trust, set shared goals and promote collaboration for the common good. Citizens within such culturally rooted governance systems would be able to elect and hold their public representatives accountable.

Development aid is an inappropriate vehicle for the reparations needed to address the inequities of the past, and neither can it enable the new international connections of the future; instead, Europe and the United States need to reimagine their relationships with Most of the World. They need to move away from dependency models towards social, economic and political relationships that are more mutually beneficial and just: Africa has a major role to play forging—and reforging—these relationships.

The OECD works closely with African governments, regional organisations and private actors to help them design and implement innovative policies adapted to each context, and improve the economic and social well-being of African people. Learn more about the OECD and Africa.

Mamphela Ramphele
Co-President, Club of Rome
Follow
Dr. Mamphela Ramphele has had a celebrated career as an activist, medical doctor, academic, businesswoman and political thought leader. Dr Ramphele was co-founder of The Black Consciousness Movement with Steve Biko that reignited the struggle for freedom in South Africa. She is co-founder of ReimagineSA , co-president of The Club of Rome and Chair at the Desmond Tutu IP Trust. She has received numerous national and international awards acknowledging her scholarship and leading role in promoting the empowerment of women, youth and other oppressed people in South Africa and globally. She is the author of several books and publications on socio-economic issues in South Africa.

Preparing for TUNA times: Who shapes the future of civil society (if not us)? 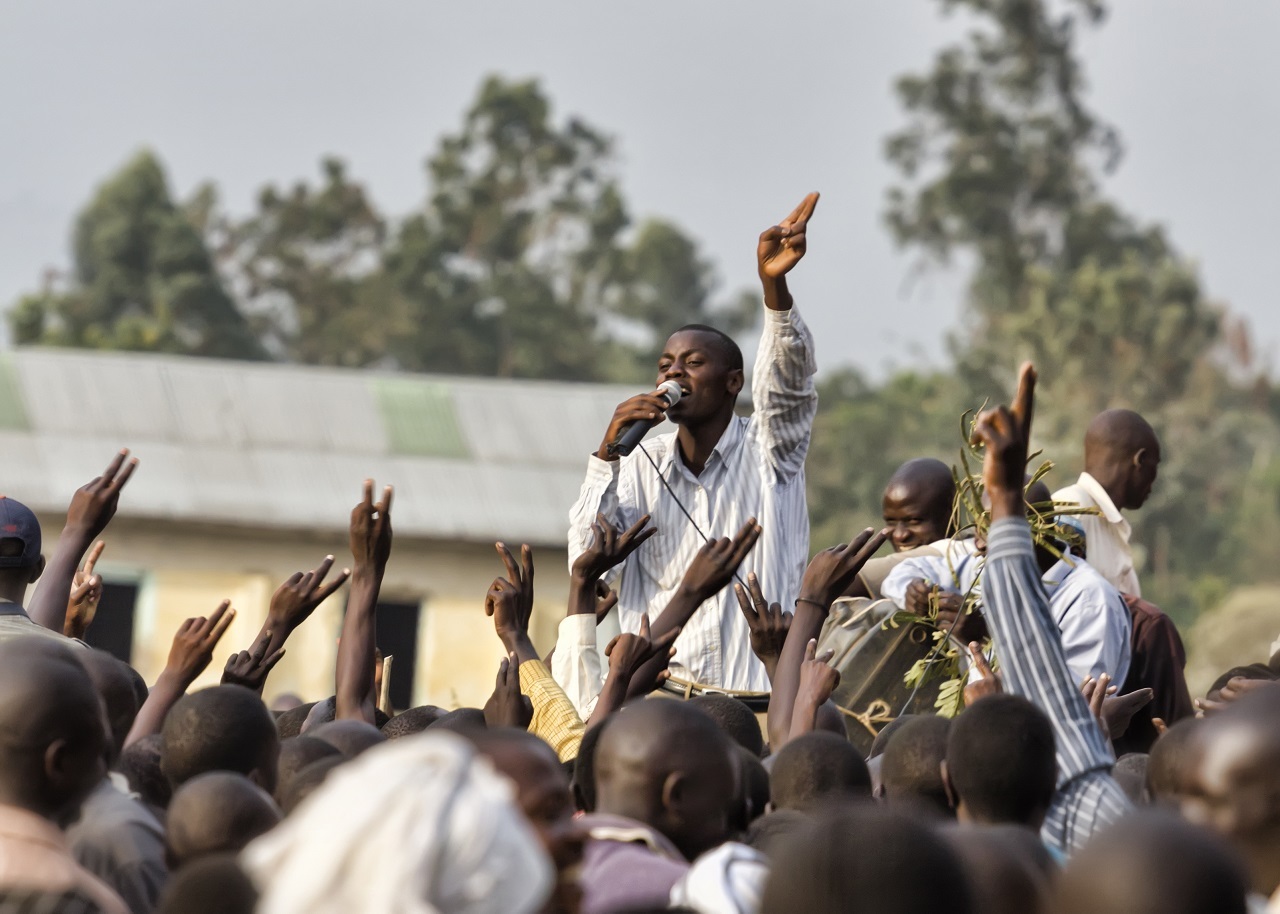 The failures of democracy across the world call into question the foundations of our governance systems. There is an urgent need to redesign them so they promote the building of institutions at the international, national and local levels, which in turn can strengthen trust relationships.