Five priorities to support economies after the COVID-19 crisis

Governments have deployed a staggering amount of public money to support economies during the COVID-19 pandemic, but the path out of the pandemic into recovery and beyond is extremely uncertain. Although economies have proved more resilient than the most pessimistic forecasts, there are very large differences among companies, sectors and countries as well as uncertainty whether this resilience will be sustained. Much depends on choices made by policy makers and business leaders.

As of January 2021, the direct economic support packages in the United States amounted to the equivalent of 17% of forecast 2020 GDP and 16% in the United Kingdom. In continental Europe, Italy extended direct support equivalent to 7% of GDP, France 8% and Germany 11%, excluding the European Union package of 5% of the region’s 2019 GDP. To put these sums into context, the money transferred to European economies by the United States under the Marshall Plan—to help them rebuild after World War II—amounted to around 2% of US GDP, and roughly the same share of the collective GDP of the recipient countries.

The Marshall Plan aid helped to support a broad-based, robust recovery after World War II, and such an outcome is equally possible after the COVID-19 crisis. Nevertheless, there is also a risk of a repeat of the sluggish, low-demand, low-productivity decade after the global financial crisis. Comparing the ten-year recoveries (starting at US 2019 per capita GDP), the difference is worth about USD 17,000 of per capita GDP. The stakes are high.

New McKinsey Global Institute research finds signs that the economic disruption caused by COVID‑19 has driven leading companies in large sectors of the economy to innovate and digitise in exciting ways that could boost productivity growth. Companies digitised many activities 20 to 25 times faster than they had previously thought possible, a McKinsey survey found. In construction, half of respondents to a May 2020 McKinsey survey said that they had already increased investment, including in digitisation. There was a broad shift toward online channels during 2020. One retailer achieved three years' worth of prepandemic rates of growth in e-commerce in eight weeks. Many businesses reinvented business models at extraordinary speed. In the face of lockdowns, a US hotelier turned its hotel suites into remote working offices with day rates. One large retailer put in place a curbside-delivery business in two days; its pre-pandemic plan called for an 18-month rollout. A leading global bank set up a decision-making daily working group of key leaders, accelerating procurement cycles to days rather than months.

However, not enough companies are making such positive changes. In the third quarter of 2020, only about half of our sample of about 5,500 companies had increased R&D spending, and only one-third had raised investment from a year earlier. Moreover, an estimated 60% of the productivity potential comes from measures to boost efficiency through, for instance, accelerated labour-saving automation, rather than value creation as autonomous driving will do for cars, for instance. This risks increasing unemployment, undermining demand when it is needed most. In light of this combination of promise and risk, business and policy leaders can consider five priorities as they look ahead to life beyond the crisis.

Support the spread of innovation to more firms

There is potential for an additional 1 percentage point of productivity growth per year in the period to 2024 in the United States and six large European economies. That would be more than double the rate achieved in the decade after the global financial crisis. However, capturing that potential needs broader diffusion of corporate action from superstars to the broad swath of small and medium-size businesses that were disproportionately hit by the economic shock. Leading companies need to continue innovating in their organisations, but also to catalyze change across their entire supply chains and ecosystems. Platform organisations in particular could think about how they can enable collaborative progress and innovation for their ecosystems, and support a long tail of firms with lower technological capabilities to advance. Policy makers can help, for instance by revising platform and competition rules, bankruptcy procedures and product and labor-market regulations, and extending direct support to smaller companies.

Although there may be a burst of consumer-led, pent-up demand as economies open up again and confidence begins to return, there is a risk. Employment, median wages and, therefore, consumption could be undermined if firms continue to prioritise efficiency, undercutting their growth. Firms therefore need to consider the many ways they can focus on top-line growth as well as efficiency. They can create value for customers (including those on lower and median incomes) as autonomous driving will do for cars, for instance. Where price elasticity is high, businesses could institute a step change in cost and price to boost revenue, as no-frills airlines have done. Some companies are responding to the pandemic by looking at how to strengthen the finances of their most vulnerable workers. Areas worth exploring are adjusting the ways wages are set—for both governments and businesses—and, for policy makers, redistribution and pre-distribution approaches.

Given accelerating digitisation and automation, as well as shifts across sectors, the imperative to support workers to retrain and improve their skills has become even more urgent. Those on low incomes and with low skill levels were disproportionately affected by the pandemic, and they are even more vulnerable to automation. Recent MGI research found that, in the United States alone, an additional 5% of disproportionately low-skill workers could be displaced due to automation by 2030—on top of the 22% forecast before the pandemic. That corresponds to an additional 8 million workers affected by automation. The estimated number of additional displaced workers due to COVID-19 is between 0.5 million and 1 million each for France, Germany and Spain. Without the right skills, those workers face unemployment or a squeeze on their wages, both of which would undermine demand and economic growth. Leading companies have responded, and others are responding. Infosys, for instance, has developed employee training programmes in the fields of machine learning, artificial intelligence, computer vision and self-driving or flying cars. In early 2020, IBM, Bosch and Barclays started apprenticeship programmes to train workers for tech jobs with career pathways. Governments are also weighing in to support such efforts. In November 2020, the European Commission initiated the Pact for Skills, which provides incentives for businesses and other stakeholders to help in overcoming the mismatch between skills and available jobs.

Raise private investment, particularly in sustainability and for a green recovery

Private investment will need to fill the gap as public support eventually tapers off. Yet private investment was weak before the pandemic, and came under further pressure during the crisis—in some countries more than others. In the United States, given the circumstances investment fell by a relatively modest 1.8% during 2020; in Spain, France and Italy, the drops were 12.4%, 10.2% and 9.1%, respectively. Specific types of long-running investment gaps that could be closed now include infrastructure, affordable housing and, importantly, sustainability. McKinsey has argued that a low-carbon recovery could not only initiate the significant emissions reductions needed to halt climate change, but also create more jobs and economic growth than a high-carbon recovery would. Given recent innovations that have, for instance, led to a fall in solar power costs, there is a solid business case for investing in sustainability. Governments can support such investment by setting rules and pricing externalities, such as for carbon emissions, and by direct investment in green initiatives. The EU recovery package, for instance, requires 37% to be allocated to sustainability.

Given concerns about structural demand drags, public economic support may need to play a role for some time. Large-scale, continuing fiscal support from governments—the Biden administration’s early 2021 support package being a prominent example—could help minimise or reverse drags. If economic support were to be focused on wealth- and growth-increasing investment like infrastructure, R&D or education, it need not undermine the sustainability of public debt despite historically high levels. During the pandemic, governments became the major players in economies, but eventually should return to their primary role as enablers of economic activity. There is plenty to do in a more traditional government agenda, from cutting bureaucratic red tape and revisiting policies that are no longer fit-for-purpose in the digital age, to improving the transparency of, and raising, administrative performance.

Governments and businesses reacted to the COVID-19 shock with impressive boldness and speed in many cases. Now that same audaciousness needs to be deployed to craft a healthy, broad-based recovery into the years ahead. In the ten years after World War II, per capita GDP grew by more than 3% in the United States and Europe combined; in the decade after the global financial crisis, only 1% annual GDP growth was achieved. That is a world of difference.

Deston Tanner
over 1 year ago

COVID-19 Crisis, Work & Skills, Take Part, Inclusive Growth, Digitalisation, The New Geography of Work: From home, near home and beyond

Inclusive Growth, The New Geography of Work: From home, near home and beyond 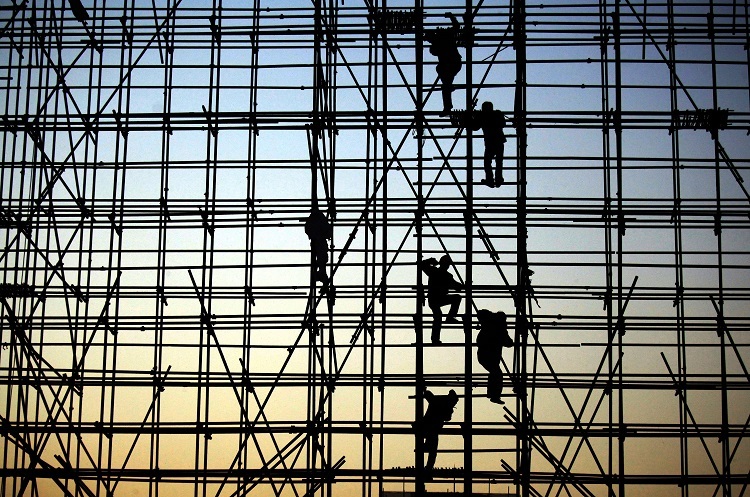 Five priorities to support economies after the COVID-19 crisis