Entering the Extraction Zone: The return of the high inequality-high poverty cycle

It is almost 70 years since Simon Kuznets theorised that growing prosperity would bring first rising and then falling inequality. But from the early 1980s the process of equalisation was set in reverse, and while the impact of inequality has been acknowledged the political and corporate response has been one of inertia. Banner: Shutterstock/MDV Edwards
Stewart Lansley
Visiting Fellow , University of Bristol
Follow
Like Liked by lapkob
0

It is almost 70 years since the Belarusian-born Harvard economist Simon Kuznets theorised that growing prosperity would bring first rising and then falling inequality. His theory held in the early post-war decades as most rich nations saw a narrowing in the gap between rich and poor. But this trend was short-lived: from the early 1980s, the process of equalisation was set in reverse.

Today, most wealthy countries are significantly more unequal than half a century ago. As the share of national income accruing to the poorest has fallen, child poverty rates—in relative terms—have risen in two thirds of OECD countries. A key reason for the reversal of Kuznets’ “egalitarian optimism” has been a political counter-revolution against the pursuit of greater equality. “True” Conservatives need “to make the case against egalitarianism”, wrote the leading British politician Keith Joseph in 1976. Few have put it as bluntly as Robert E. Lucas, the Chicago-based economist and one of the high priests of the post-1980s market revolution: “Of the tendencies that are harmful to sound economics, the most poisonous is to focus on questions of distribution”, he declared in 2003. During the 1980s, a number of countries abandoned a central goal of post-war welfarism—that all citizens should share in growing prosperity.

The erosion of the pro-equality structures of post-war politics brought big hikes in the concentration of income and wealth, with a heightened risk of poverty facing a weaker system of social support. Most rich countries eventually succumbed to these often state-driven, pro-inequality forces. Charitable food aid is now prevalent across Europe.

Over a longer period—the last 200 years of industrial capitalism—high concentrations of wealth and income and high rates of poverty have been the norm rather than the exception. Many rich nations have been characterised by a sustained high inequality-high poverty cycle, which has only been broken once in the post-war decades and today shows no sign of abating. Since 1996, the global richest 1% have captured 38% of total wealth growth, leaving the poorest half with a mere 2.3%.

All nations need to justify their inequalities. For the anti-equality evangelists, allowing the rich to get richer would deliver faster economic growth from which everyone, eventually, would benefit. Yet, far from the promised economic renaissance, multiple studies have shown that excessive income and wealth gaps act as a destructive force, bringing greater economic turbulence, the erosion of life chances and a reversal of social progress. The great inequality experiment of the last four decades has turned out to be an example of what the 17th-century philosopher Francis Bacon called “wishful science”.

A key source of the return of the high inequality-high poverty cycle has been the revival of corporate extraction, in which over-empowered financial elites leverage a disproportionate and unwarranted share of the gains from economic activity. Such extraction was widespread during the 19th century when financiers, industrialists and landlords in industrialising nations were able to use their plutocratic muscle to exercise a “collective monopoly power” over wages and rents—a kind of private tax on the industry of others—to colonise the returns from rapid industrialisation.

There was no shortage of warnings during the gilded age of the 19th century of the dangers of extraction through unproductive rather than productive activity. The British historian and social reformer RH Tawney called assets used simply to extract payments from others “property without function”. The American economist Thorstein Veblen described these new extractive devices as forms of market “sabotage”. The Italian economist Vilfredo Pareto distinguished between value-creating productive activity, which contributes to wider well-being, and what he called “appropriation”. Extractive activity faded in the post-war years, but returned from the 1980s with the contemporary wealth explosion at the top; less the product of a surge in value creation than of a revival of appropriation.

The direction of societies—perhaps the most critical issue in political economy—now depends on the revival of the modern equivalent of the post-1945 progressive and egalitarian philosophy.

Extraction reduces the resources available for wages, investment and innovation. Contemporary examples include the rigging of financial markets, the manipulation of corporate balance sheets and the skimming of returns from financial transactions, a process City of London and Wall Street traders like to call “the croupier’s take”. Tech billionaire fortunes are the product of monopolisation through the ruthless destruction of rivals. Global corporations have been turned into cash cows, with growing surpluses used to boost shareholder returns rather than finance higher investment and economic strength. Companies listed on global stock markets paid out record dividends of USD1.37 trillion in 2019.

While the impact of excessive inequality has been widely acknowledged, the political and corporate response has been one of inertia. Multiple calls for a reset of capitalism, and an end to the economic bias to inequality, have been ignored. As in the period up to 1939, today’s financial and corporate elite has been unwilling to acquiesce to anything other than a token erosion of its muscle, privileges and wealth. In contrast with the post-1945 years, governments have largely failed to embrace a pro-equality, anti-poverty political agenda, with few attempts to make corporate and financial leaders share the burden of rolling economic shocks and retrenchment. The future direction of societies—perhaps the most critical issue in political economy—now depends on the revival of the modern equivalent of the post-1945 progressive and egalitarian philosophy.

Find out more about the OECD's Observatory on Social Mobility and Equal Opportunity for data, policy discussion and analysis of civil society and the private sector's roles in fostering equal opportunity.

Stewart Lansley
Visiting Fellow , University of Bristol
Follow
Lansley is a visiting fellow in the School of Policy Studies, the University of Bristol. He is a Council member of the Progressive Economy Forum, an Elected Fellow of the Academy of Social Sciences and has written widely on poverty, wealth and inequality. His latest book is "The Richer, The Poorer, How Britain Enriched the Few and Failed the Poor, a 200-year history", Bristol University Press (bristoluniversitypress.co.uk). 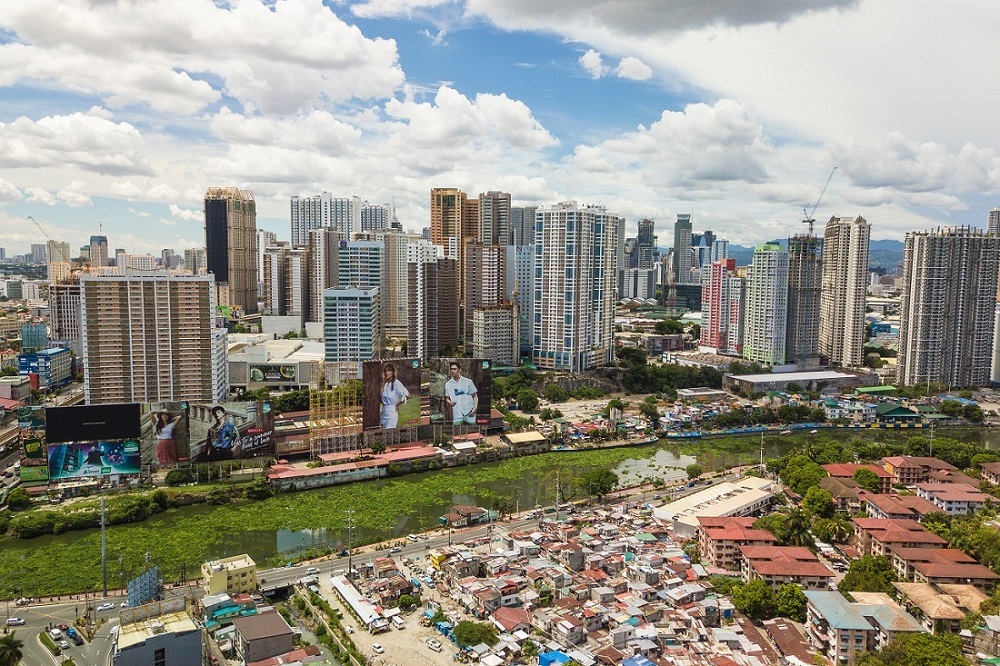 Entering the Extraction Zone: The return of the high inequality-high poverty cycle

It is almost 70 years since Simon Kuznets theorised that growing prosperity would bring first rising and then falling inequality. But from the early 1980s the process of equalisation was set in reverse, and while the impact of inequality has been acknowledged the political and corporate response has been one of inertia.