While essential for national security and defence, a growing number of space activities can have considerable societal and economic impact. Are we doing enough to ensure the secure and sustainable operation of space-based infrastructure? And how much are our societies and the global economy at risk? Banner image: Shutterstock/Mike Mareen
Marit Undseth & Claire Jolly
Policy Analyst, OECD Space Forum & Head of Unit, Directorate for Science, Technology and Innovation, OECD
Follow
Like Liked by B. Yerram Raju and 2 others
0

The growing importance of space activities for society

Space activities have changed considerably since the launch of the earth’s first artificial satellite, Sputnik, in 1957. While essential for national security and defence, a growing number of extra-terrestrial applications can also have a considerable societal and economic impact. Our societies increasingly rely on well-functioning space-based infrastructure.

The use of satellites for observing the Earth, ensuring precise positioning and navigation or providing connectivity in remote areas, contributes to bridging the digital divide; monitoring a rapidly changing climate and the use of natural resources; and creating new economic opportunities. Space systems furthermore ensure the secure operation of transportation, energy and finance infrastructures and provide important inputs to public safety and food supply. Finally, the announcement and early deployment of several mega-constellations for satellite broadband—comprising possibly thousands of satellites in the low-earth orbit—has created significant optimism on future market prospects.

Are we doing enough to ensure the secure and sustainable operation of space-based infrastructure? And how much are our societies and the global economy at risk? Two new OECD publications provide insights into these questions.

Space debris include everything from flecks of paints to defunct, uncontrollable parts of satellites and rocket bodies measuring several metric tonnes, all of which orbit the Earth at speeds that can reach several kilometres per second. The intensifying use of Earth’s orbits is accompanied by a growing accumulation of orbital space debris.

Debris can result from accidents, such as collisions or fuel tank explosions, as well as intentional acts like destroying spacecraft in missile tests, leaving satellites in orbit after the end of their mission etc. More than 20,000 objects bigger than 5–10cm are currently tracked by public and private actors around the world, but smaller untracked debris larger than 1cm can still be harmful, and probably number in the hundreds of thousands.

Collisions with debris can damage or destroy satellites, and with thousands of satellites in orbit this becomes more and more likely. However, the overwhelming concern is that debris density reaches such levels that it triggers an irreversible chain reaction of in-orbit collisions between debris, the so-called Kessler Syndrome. This tipping point may ultimately render certain orbits of high socio-economic value unusable and create life-threatening situations for occupied space stations. The problem is that we don’t know if or even when this chain reaction will happen.

Over the last few decades, governments have put in place a number of mainly voluntary guidelines for satellite operators to mitigate debris creation, including clearing orbits within 25 years of mission completion or minimising the potential for in-orbit breakups, but compliance with these guidelines is too low to stabilise the orbital environment. Solutions to actively remove debris from orbit are in development, but they are costly and associated with high technological and political risk.

Government intervention will be crucial to address the space debris issue, but more economic evidence is needed to formulate the most appropriate policy responses. What are the socio-economic costs of space debris? What is the true value of space-based infrastructure? And what are the implications of different types of regulation and policy?

To boost innovative thinking, the OECD Space Forum and its partner space agencies and ministries have invited students and academics in universities and research organisations to study these questions and suggest options to limit further debris creation and/or clean-up strategies. The OECD publication Earth’s Orbits at Risk: The Economics of Space Sustainability presents these first original findings, notably providing:

Based on the strong interest from both the space community and the academic world, a second phase of this OECD project on the economics of space sustainability is taking place in 2022-23, allowing more researchers and students from around the world to tackle this brand new research field. The results will further contribute evidence to support policies, regulations and private actors’ options.

Find out more about the OECD Space Forum

Marit Undseth has more than 12 years’ experience in public policy research and innovation. In the past seven years, she has been developing and analysing economic indicators for the space sector as well as evaluating space-related policies, especially as regards to innovation. She holds degrees in political science and public sector administration from London School of Economics and the College of Europe. She is the lead author of a key OECD paper on space sustainability and lead-editor / author of the forthcoming OECD publication Earth Orbits at Risks: The Economics of Space Sustainability.

Claire Jolly is Head of Unit in the Directorate for Science, Technology and Innovation (STI) in the Organisation for Economic Co-operation and Development (OECD). She is in charge of the OECD research and analysis on the economics and innovation dimensions of two important frontier domains: the ocean and the space environment. Many economic activities, as well as much science and innovation, are linked to the exploration and sustainable uses of the ocean and of the space environment. Claire Jolly has over twenty years of experience in business and policy analysis, supporting decision-making and strategic planning in public and private organisations in Europe and North America. She joined the OECD in 2003. She had authored and contributed to over fifty publications (books, reports, articles) focussing on the evolution and economic impacts of science- and technology-intensive sectors. Her background is in international economics (Univ. Versailles, Cornell University), engineering with a special interest in the space sector (ENSTA, Paris; ISU in Strasbourg). She is also alumna of the French Institute for Higher National Defence Studies in Paris (IHEDN) and of the Singularity University in Santa Clara, US. 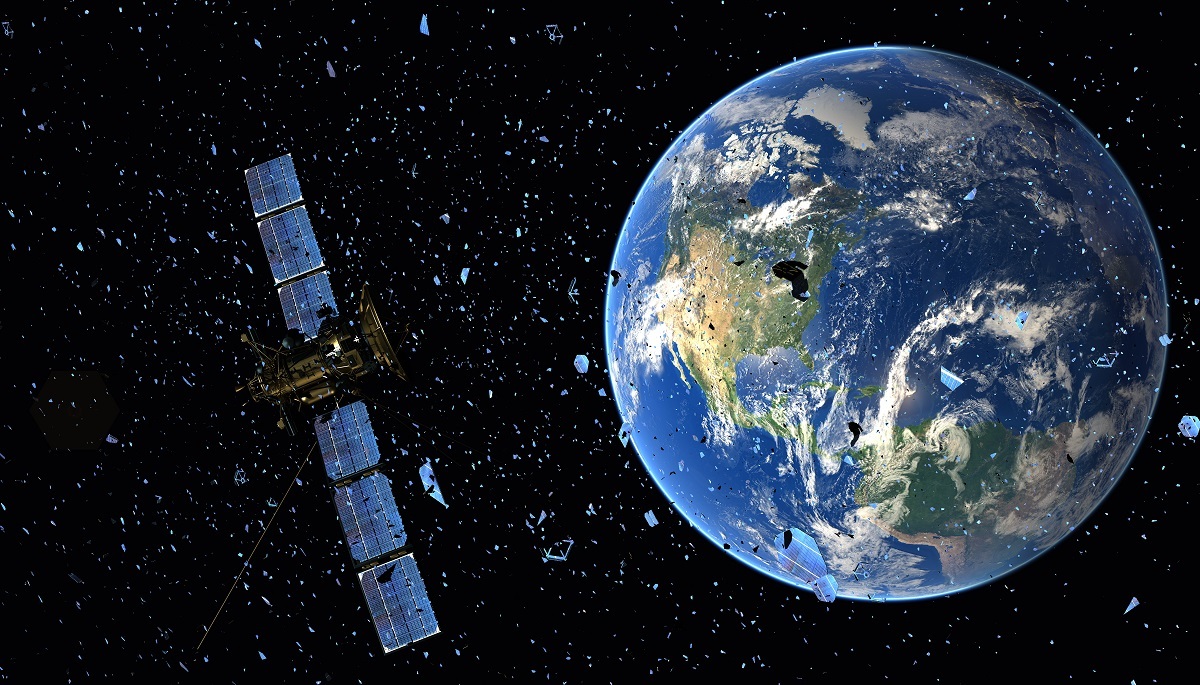 While essential for national security and defence, a growing number of space activities can have considerable societal and economic impact. Are we doing enough to ensure the secure and sustainable operation of space-based infrastructure? And how much are our societies and the global economy at risk?