Food production places an immense burden on the Earth's ecosystems, endangering people and wildlife. How can advances in food production techniques render the endeavour more efficient and eco-friendly? Banner Image: Shutterstock/WAYHOME studio
Dr Pasi Vainikka
Chief Executive Officer & Co-Founder, Solar Foods
Follow
Like Be the first to like this
0

This year, the 18 gigatonnes of greenhouse gas emitted just from what we eat equal the entire amount of global fossil and industrial emissions in the year I was born. In 1977, the global population was 4.2 billion, now it is 7.8 billion; in numbers, this virus called Homo sapiens has been an evolutionary success. But it may end up eradicating itself as it is not yet smart enough to cease its adverse impact on its host—the Earth.

The conversion of forests into agricultural land is the main reason species are going extinct. Homo sapiens’ track record is impressive: it is responsible for the extinction of 869 (and counting) species over past 500 years. Those species have made room for other species: today, Homo sapiens and its livestock form 96% of the weight of all mammals on land. The world’s most abundant bird is the chicken with a population of 25 billion. The second most abundant is the house sparrow at 1.6 billion. North America has been estimated to have lost about 3 billion birds during my lifetime.

The situation has escalated to the point where Homo sapiens is not only eradicating the other species on the planet but it is on the verge of eradicating itself.

Food production is the main cause of global environmental change: it occupies 40% of the planet’s land area, makes up 70% of the freshwater use and causes 30% of global greenhouse gases.

One third of food-related emissions are due to forest loss. The Earth has lost about 450 million hectares of tree cover since the year 2000, causing 170 gigatonnes of CO2 emissions. That is equal to the combined global fossil fuel emissions of the past five years. In the past 100 years, we have lost as much forest as in the previous 9,000—an area about the size of the United States. With a relatively small population of about 1.5 billion, Homo sapiens started wiping out forest very efficiently, for both materials and food. We would expect the Homo sapiens of today to be smarter. Homo sapiens has hacked down forests, but hasn’t it created anything in its place? Yes, a lot of stuff. In 2020, the global mass of human-made things—all of our stuff—exceeded all living biomass on Earth.

A cautious estimate is that the 2,000 million hectares of forest humans have cut down in total have caused 1,000 gigatonnes of CO2-equivalent emissions. If we could conjure all those lost forests into existence, Homo sapiens could reverse its historical climate impact to 1981 levels. Forests give Homo sapiens a chance. Letting forests recover, afforestation and reforestation, are the keys to Homo sapiens’ survival.

Emission trading alone will not solve the carbon dioxide issue. At the time of writing, the European Union emission allowance price per tonne of CO2 reached the same price as 1 m3 of logwood (which binds 1 tonne of CO2). So growing forests should be cheaper than buying emission allowances. The carbon emitters and sinks have not formed an efficient market yet. If they had, forest owners would be selling their carbon sequestration services as we speak.

Forty percent of tropical deforestation is due to beef production. It causes more emissions than 35 million cars during the cars’ whole lifetime. Some justify the excessive environmental impact of food production by the necessity to feed the global population. Human life is the utmost priority, but according to the famous article by the EAT-Lancet commission, “Unhealthy diets are the largest global burden of disease and pose a greater risk to morbidity and mortality than does unsafe sex, alcohol, drug, and tobacco use combined”. Enough is enough. Beef is not the answer to world hunger.

It does not look any better in the sea. The global peak of wild catch was in 1996, with 86.4 million tonnes. The contribution of aquaculture to the total production of aquatic animals was practically zero in the 1950s; today, aquaculture’s overall share is close to 50%, and it is close to 80% in China and 60% in India. Specifically regarding fish, aquaculture represented 4% of human consumption in 1950 but reached the 50% mark in 2016. This is difficult for a consumer to observe. There are more fish in supermarkets than ever, but they are mostly farmed. Homo sapiens has not only domesticated land mammals but is also on the way to ruling over sea creatures, too. How are fish fed? Mostly by soy grown on land—which brings us back to the problem of land use and deforestation.

What can we do then?

Firstly, scientists, policy makers and the private sector need to work together to roll out technologies that enable a carbon negative trajectory for climate. In other words, removing human-made CO2 from the atmosphere. Negative emissions are required after the year 2050 if global warming is going to be limited to less than 3 degrees.

Solar Foods’ fundamental innovation is the disconnection of food production from the key problem: land use. We can capture CO2 and use it together with renewable electricity to grow a single-cell protein, Solein. It is not a carbon-negative technology, as it merely circulates the CO2 already in the atmosphere like annual crops, but the systemic effect can be.

Solein production needs 1% of the land needed for beef production: if it replaced beef, the freed pastures could be reforested, binding vast amounts of carbon dioxide. Additionally, no fertilisers or pesticides are applied on open land to produce Solein.

I am hopefully at the halfway point of my life; in a few years, I will have witnessed the doubling of our species and an enormous rise in living standards across the world. But the prevailing scenario is that Homo sapiens is heading towards a series of tragic events, though what form they will take I am of course not sure.

What has made the trajectory of our species different from all the others is human ingenuity. We can choose. And if the choices aren’t to our liking, we can come up with new ones. Homo sapiens has the capacity to end its parasitic behaviour of depleting its host’s resources and live in symbiosis with the planetary ecosystem. Every other species has. But we don’t need millions of years of trial and error to find out how. We have a couple of decades for a complete turnaround.

Check out the OECD COP26 Virtual Pavilion, which brings together leading thinkers and policy experts who will share insights and data on accelerating climate action to reach the goals of the Paris Agreement 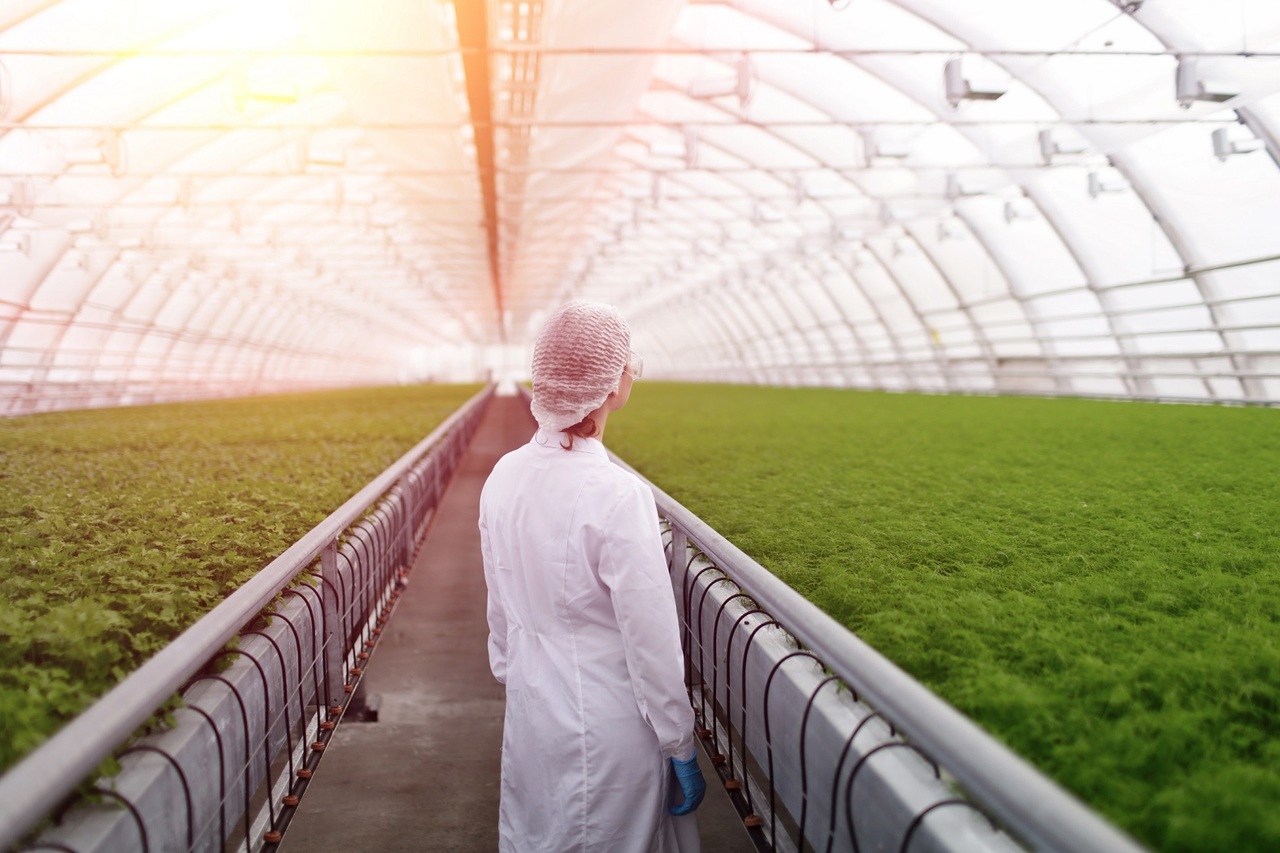 Food production places an immense burden on the Earth's ecosystems, endangering people and wildlife. How can advances in food production techniques render the endeavour more efficient and eco-friendly?