Climate Change is Urging us to Adapt and to Mitigate: We must not leave the most vulnerable behind

For marginalised people, adaptation to climate change is a matter of survival. The immediate challenges that governments and society face must not distract them from investing in a more resilient future. Banner image: Shutterstock/Omri Eliyahu
Edwin J. Castellanos
Director, Sustainable Economic Observatory, Universidad del Valle de Guatemala
Follow
Like Be the first to like this
0

Carmelino got up early as usual and peeked through the window, hoping to see any sign of rain in the sky: another sunny and cloudless morning at the beginning of the rainy season. Like millions of subsistence farmers throughout the world, Carmelino relies on rainfall to water his fields of corn and other grains that will feed his family. But the early showers of May have not come in the last few years as a consequence of climate change, increasing the risk of losing his crops and worsening his condition of food insecurity. If this continues, he may have to migrate to the North like many of his neighbours have in recent years.

The story of this small farmer in Guatemala is repeated in other parts of Central and South America, Central Africa, South Asia, the Artic, and Small Island Developing States—all regions that are considered hot spots of high vulnerability according to the latest IPCC report on Impacts, Adaptation and Vulnerability. These regions are home to people with considerable development constraints, and who are highly vulnerable to climatic hazards due to their poverty and limited access to basic services and resources, coupled with governance challenges at the local and national levels.

For these marginalised people, adaptation to climate change is a matter of survival as they were already struggling before the impacts became fully evident. The IPCC report leaves us with a message of urgency: we must take advantage of the closing window to act on climate change. And action has to focus on adaptation, particularly for these most vulnerable groups, including Indigenous People and communities in slums and impoverished neighbourhoods in urban settings.

Since the adoption of the United Nations Framework Convention on Climate Change, mitigation (reduction of the emission of polluting gases to the atmosphere) has been the main focus of the negotiation and the lines of financing. And rightfully so: if we don’t drastically reduce our emissions by the middle of the century, we are going to miss the opportunity to keep global warming to below 2ºC, and the consequences could be catastrophic. The impacts already observed throughout the world—fires, floods and droughts—could become so intense that adaptation to cope with them would be very difficult or even impossible, reaching the “limits to adaptation”, a concept emphasised in the latest IPCC report.

But mounting evidence shows that together with mitigation, we must increase our actions to adapt to the observed changes. Even if we are able to eliminate emissions of polluting gases, the changes in the earth’s climate will be with us for decades, if not centuries. We have no choice: we need to learn to adapt to a changing and extreme climate everywhere on the planet. For developing countries, struggling to improve the condition of their population, this poses a double financial burden: investing in providing the basic services to their people plus safeguarding those investments against the impacts of climate change. When dealing with adaptation, money does make the difference.

And this is why developed nations must fulfill their commitment established in the Paris Agreement signed in 2015: USD 100 billion per year made available to developing countries by 2020. The COVID pandemic made it impossible to reach this goal, but the need for the funding remains, and the wealthy countries must live up to their pledge to help their less fortunate neighbours.

The immediate challenges that governments and society in general face everywhere must not distract them from the important goal of investing in a more resilient future; we will always have pandemics, wars and other crises to take care of, but the urgency to adapt to climate change will remain. The goal must be to address those needs simultaneously: to include the concept of climate change resilience in all new infrastructure, investments and developments. If we don’t do it now, it will be far more expensive—or even impossible—in the future.

This year, Carmelino got notice that the government might help him with a basic irrigation system, a simple, inexpensive technology that will have far-reaching effects for his agricultural productivity. He hopes that the government will come through with its promise, as he knows that in the past “other priorities” have moved the funding to other regions or sectors. It is highly unlikely that Carmelino has ever heard of the Paris Agreement, but he will certainly benefit if it is fulfilled in its adaptation and financing goals.

Twenty-four years of continuous work in research and education in Guatemala and Mesoamerica in the area of climate change and management of natural resources. He is the Coordinating Lead Author in the IPCC 6th Assessment Report in the chapter on vulnerability and adaptation for Central and South America. He also participated in COP 21 in Paris in December 2015 as the National Commissioner on Climate Change.

He has been the Principal Investigator in multiple projects at the national and regional level on the topic of adaptation to climate change by rural and small farmer communities.  He has also led the studies to monitor deforestation and to study the causes for that problem in Guatemala, as part of the national REDD+ (Reduced Emissions from Deforestation and Degradation) initiatives and other initiatives to develop carbon-offset projects.

He received the Guatemalan National Medal for Science and Technology in 2016 and he became a member of the Guatemalan Academy of Sciences in 2011. He is the author or co-author of over 50 scientific publications. 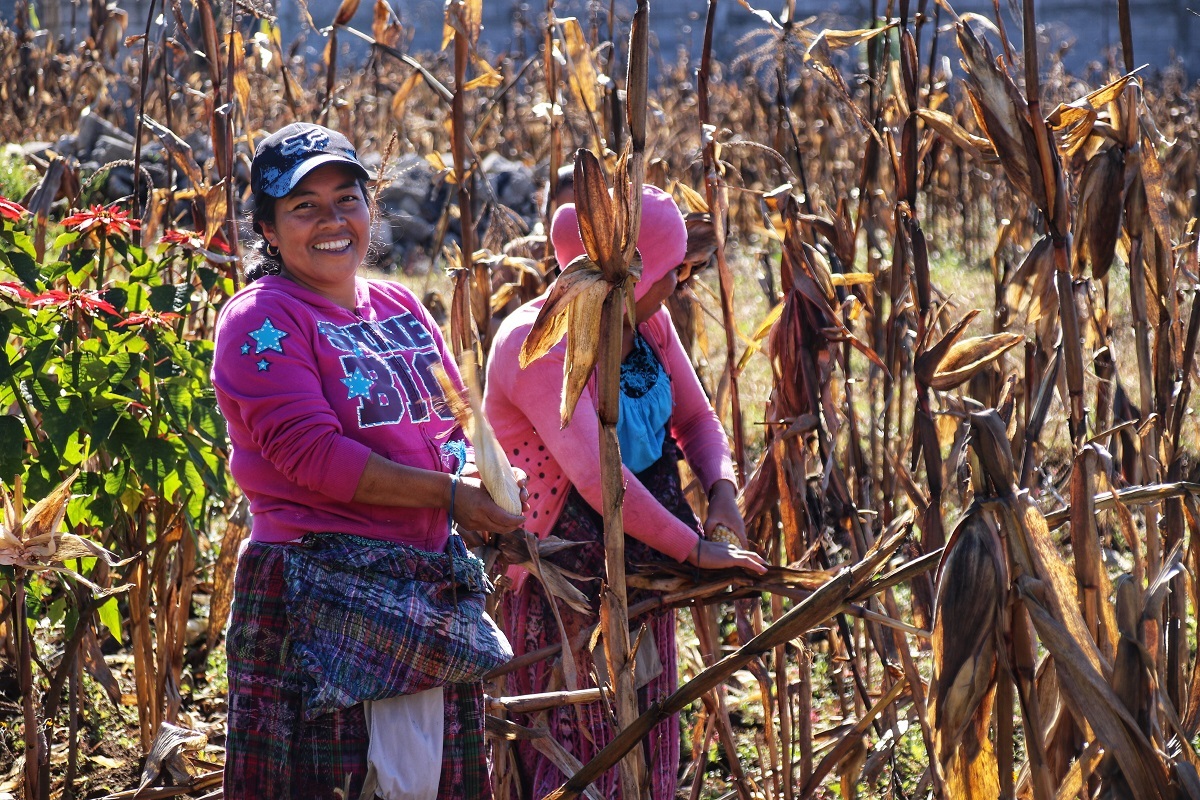 Climate Change is Urging us to Adapt and to Mitigate

For marginalised people, adaptation to climate change is a matter of survival. The immediate challenges that governments and society face must not distract them from investing in a more resilient future.