A recent United Nations report found that international climate commitments to reduce greenhouse gas emissions have fallen far short of projections. This analysis arrives as publics across the world remain more worried about climate change than about any other international threat tested in Pew Research Center’s Spring 2022 Global Attitudes Survey.

Across 19 countries, 3 in 4 adults view global climate change as a major threat to their country

% who say __ is a major threat, minor threat or not a threat to their country

Similarly, large shares in 2021 said they were concerned climate change would harm them personally in their lifetime. A median of 72% across the 17 nations surveyed expressed this view, and a median of 80% said they were willing to make at least some changes to the way they lived and worked to help reduce the impact of climate change. Despite these concerns and the willingness to make lifestyle changes, many are pessimistic about the international community’s ability to deal with this issue: a median of 52% in the 2021 poll said they lack confidence that actions taken by the international community will significantly reduce the effects of climate change.

Concerns about climate change have been on the rise over the past few years. The share who say it is a major threat has increased in many places since this question was first asked. In France, for example, 54% said climate change was a major threat in 2013; this year 81% say the same, an increase of 27 percentage points. Outside of the larger advanced economies surveyed in recent years, there is also a growing sense that climate change poses a major threat. For example, the share of Mexicans who held this view increased 28 percentage points between 2013 and 2018, and the share of Kenyans who said the same increased 14 points.

Note: Not all countries in survey shown. Prior to 2020, U.S. and Australia surveys were conducted by phone. See topline for full results.
Source: Spring 2022 Global Attitudes Survey. PEW RESEARCH CENTER

Similarly, the share who are very concerned climate change will harm them personally has also increased since this question was first asked in 2015. In Australia, Germany, South Korea, Spain and the United Kingdom, those who held this view increased by double digits between 2015 and 2021.

Age plays an important role in views of climate change. Young adults have been at the helm of recent climate change protests, and they express significantly more concern about climate change harming them personally than their older counterparts. In Sweden, for example, this difference is particularly pronounced: adults ages 18 to 29 are 40 percentage points more likely than those 65 and older to be concerned about the personal impact of climate change. However, in Greece and South Korea, older adults are more likely to hold this view than younger adults (notably, concern for climate change is relatively high across all four age groups in both countries).

% who are very/somewhat concerned that global climate change will harm them personally at some point in their lifetime, among those ages …

Amid these strong and rising concerns for climate change, many in the United States already feel its impacts: 63% of Americans say climate change is affecting their local community, and 70% of those who live within 25 miles of the nearest coastline say the same. 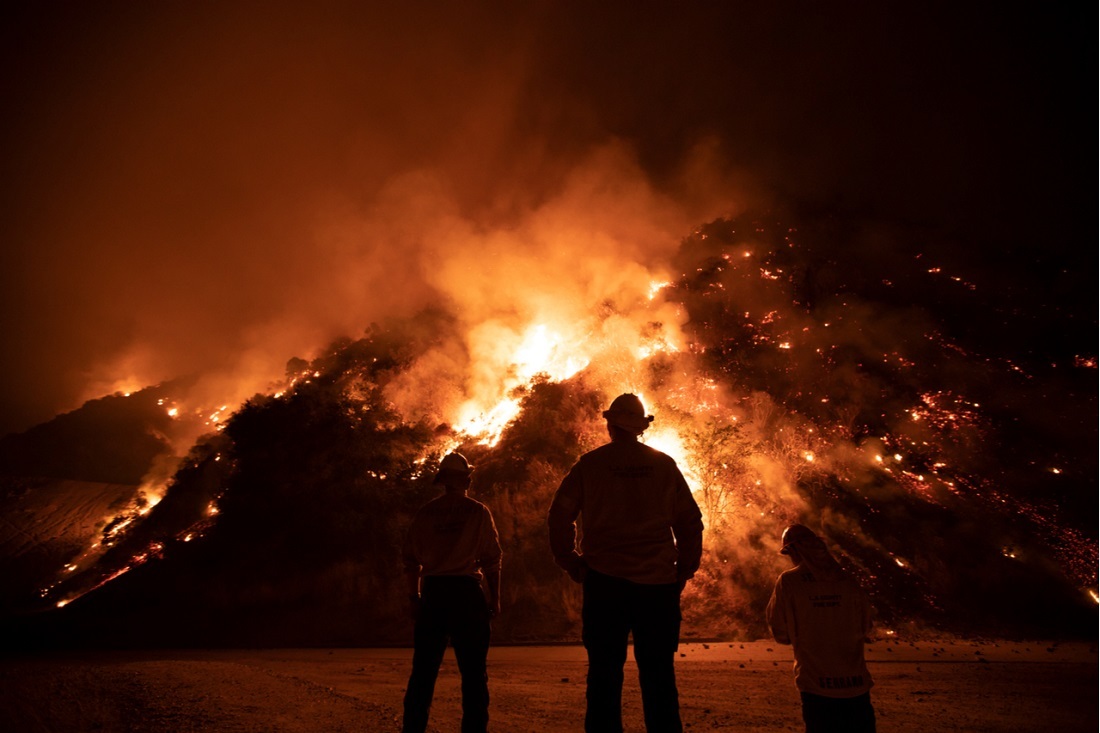